12 Best crime documentaries to watch in 2021 | Where to Stream

With everyone couped up at home during the past quarantine period, the hype for thrilling crime documentaries came abuzz. The hunt for serial killers is something you are fond of after watching the first few episodes. You can’t just put your hat on and bring your magnifying glasses as the stories need a thorough investigation that even Sherlock Holmes might sweat about.

It turns out. These tv shows have a zig-zag plot twist. You wouldn’t know who as when the end came, you wouldn’t even expect the turn out of things.

Most of the time, it’s the unexpected who turns out to be the real villain. These days, the best documentaries come in a creepy story of deception and mystery.

What should I watch if I like true crime? 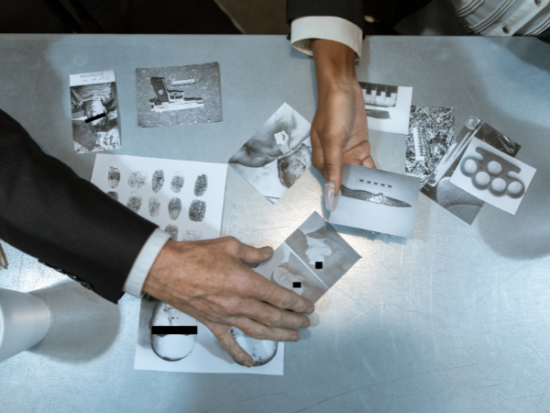 You know you’re having the thrill of the moment when you finally decide to join the hype and start watching true crime documentaries. The chilling and shockingly real-life stories and revelations from witnesses will make you question reality. Yes, it unfolds in actual life, as the best crime documentaries are all true to life. Read more to dig through the crime documentaries that might leave your breath hanging.

Murder Among the Mormons 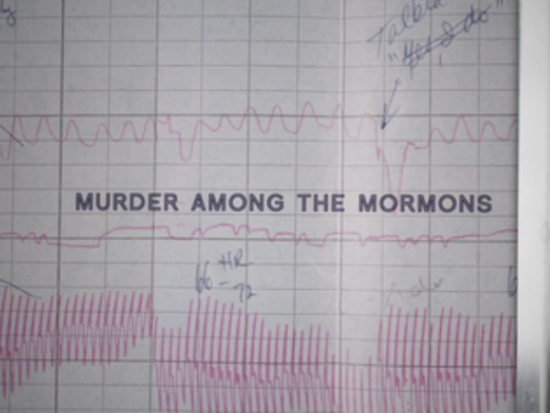 This documentary goes around the mystery of Salt Lake City pipe bombings that killed two people and injured a third person. Mark Hoffman is the only survivor but a victim-turned-suspect.

It turns out, Hoffman forged historical Mormon documents. Thus, where the title came from. He claims that he owns the McLellin Collection – a compilation of docs that will oust the standing of the LDS church, a big humiliation for them.

Only that, these said documents are non-existent. Hoffmann made a deal out of this to get money from the Mormons. The discovery of Hoffman’s true motives and what takes place in the bombing will be reveal as the investigation goes through.

This is a certified masterpiece. That is a guarantee. After bagging numerous awards from film festivals, not to mention that it’s Oscar-nominated, this will have you reeling in your seats.

What’s intriguing is that this documentary is directed by the victim’s sister herself, Yance Ford. Talk about the thirst for justice. With the incidents transpiring nowadays, this is just so in time. The chauvinism in the justice system is undeniable.

Though it’s clear as day how the chauvinism of social injustice plays a significant role in this killing, you will get glued to how the story would unfold. The attorney was even defending that the shooting happened in place of self-defense. Do they ever get justice?

American Murder: The Family Next Door 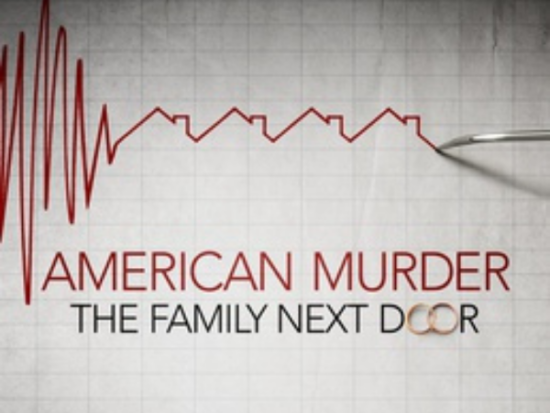 Hold on tight as this mystery murder case is chilling to the bones. You might question the depths of the mind’s psychotic tendencies. This docu-series delves into the reasons why Chris Watts murdered his pregnant wife and their two young daughters in 2018.

What’s enticing is that the story used social media in the unfolding story. It features the text exchange between Chris and wife Shannon and videos of Shannon’s family account. Investigators held on to these as it might shed light on the real reason. Chris Watt, claiming he did that as he was having an affair, looks like there’s something more.

While this crime series isn’t for the faint-hearted, you might think twice, even if you’re an adult. It tells the story of an 8-year-old boy that was tortured and killed.

And the suspect? His mom and boyfriend. The series focuses on the failure of the system to protect children against violence while looking through the case.

I Love You, Now Die: The Commonwealth v. Michelle Carter

A thrilling story with mental health as the main issue and untimely motivation for the victim’s death. Produced by HBO Max, this is killing but differently as the natural killer couldn’t get her hands to the victim. Michelle Carter caused her boyfriend’s suicide. His boyfriend expressed suicidal thoughts to her, couldn’t, which the latter encouraged more through text. 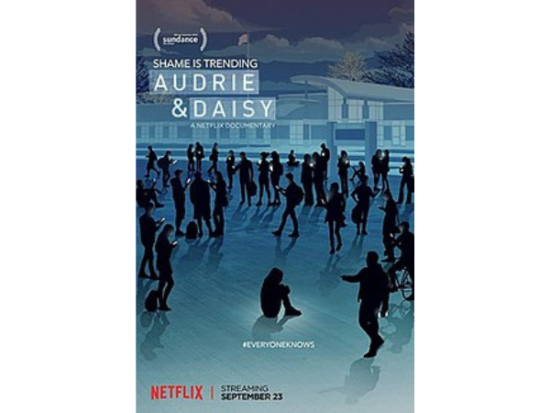 This series tackles the eerie case of Audrie Pott and Daisy Coleman as they were raped while unconscious. The worst part is, they have been the center of attention after the incident and experienced bullying and online harassment.

While the people in town show concern, it’s not for the two girls but for protecting the boys who abused the two girls. Daisy ended up committing suicide as she can’t handle the pressure of everything that’s going on. Add the fact that the justice system yet again fails to protect children against violence and sexual abuse.

Related Article: Spotify or Amazon Prime – Which is Better?

This is not your typical all-suspense and thrill kind of crime documentary though you’ll get hooked on its unique plot. This is about Joe Exotic, a.k.a. Tiger King. His obsession with wild cats is refreshing for a true-crime series.

He was obsessed that he even housed them in his private zoo, Greater Wynnewood Exotic Animal Park. He reportedly hit a rival which brought him to jail. The plot thickens after this. Same director that brought you Fyre.

The Jinx: The Life and Deaths of Robert Durst

The jinx as everyone around him dies or disappears except for him, Robert Durst. Would you ever believe his innocence if he’s the only one left alive and still standing?

Intriguing, as it may be, we’re sure he’s got something up his sleeves. Add this to your investigation. He is an heir to a New York real estate.

His wife disappeared in 1982. Durst’s friend was killed in 2000. His neighbor was dead a year later. Coincidence or jinx? 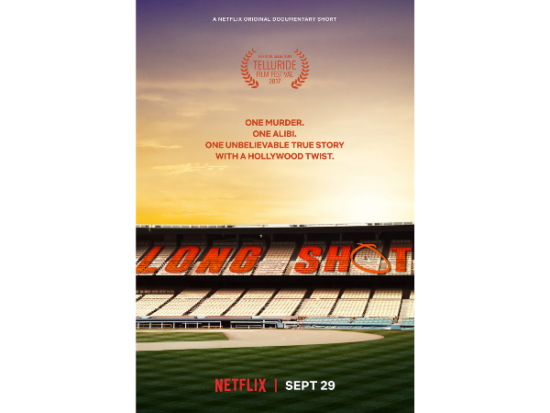 Earning a place in a film festival, this documentary will bring out the conspiracy theorist in you. As the facts presented will have you thinking about how Juan Catalan will get out of this nightmare.

He was arrested for a murder he never committed. His alibi is he went on a Dodger’s game. His struggle here is to prove it.

The plot thickens from the hereafter. To prove it is his make or break to save himself from a death sentence.

Conversations With A Killer: The Ted Bundy Tapes

If listening to a natural serial killer’s voice and testimony won’t creep you out, this crime series is for you. This series consists of a 100-hour interview with Ted Bundy in prison. He narrates his childhood to the gruesome murders of 30+ women.

True stories of a killer will have you thinking how a man can be that powerful like it’s so easy to manipulate others. 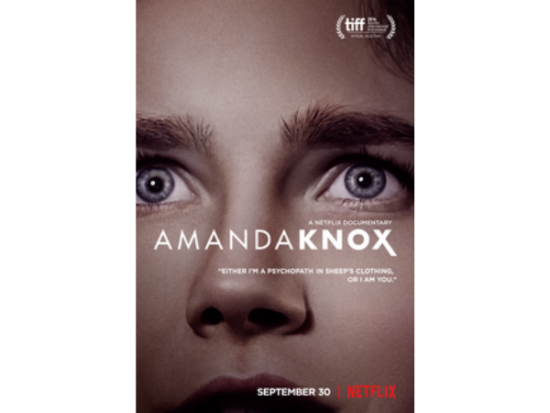 We all thought that university mystery killings only happen in movies. Not this one, as this happened for real. Amanda Knox went on to fulfill her dream of studying abroad in Italy.

What happened while there was an absolute nightmare for her. She was charged with murder twice for murdering her roommate. The chaotic make-up stories of the media added up to the flare.

This docu-film happened way back in 1989. A female jogger was sexually assaulted in Central Park. The plot twist? Police officers at that time arrested 5 Latino and black teenagers in Harlem.

No evidence was of collection that is pointing to them. They are wrongful of conviction. Just proof that social injustices and discrimination were happening for a long time.

The teens suffered years in prison. The real culprit appeared after years and admitted to the crime.

Where can I watch the best crime documentaries? 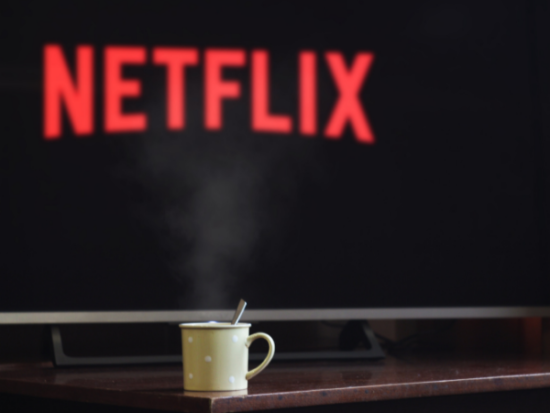 With the emergence of different streaming platforms these days, choosing which one’s better is already your mind’s mayhem. According to your friend’s social media post, the hype is in watching true crime stories. The only thing is, you have no clue as to where to watch the best crime documentaries. Well, fret no more as we’ve summed it all up for you.

Your subscription is all worth it, whether it be a paid one or just a trial one. They have a great selection of crime films and docu-series that you can finish in one sitting on a weekend.

Their collection of the best crime documentaries is growing, and you can start with just the basics and go along until you have watched the most gruesome of all.

You can binge-watch any true crime story here. They have a wide range from films to award-winning docu-series. Get that popcorn and start watching now.

Whether you’re a crime case enthusiast or just a curious watcher who wants to know what’s with all the hype in the best crime documentaries, hopping on the bandwagon won’t hurt. You have to prepare yourself mentally and emotionally, as some of the stories are unimaginable. A good recommendation is the works of director Errol Morris, whose films and crime documentaries are all award-winning.