Spotify vs Amazon Music - what is better? | Our Top Choice

Spotify vs Amazon Music – what is better?

The Spotify vs Amazon music comparison is a long-running debate among streamers all over the world. The mode of listening to music has changed drastically over the recent years. Many have switched over to current streaming music services like Spotify and Amazon music from physical formats such as CDs, walkmans, mp3 players, and even radio stations.

Whereas before, you would have to individually purchase a single track or an album to listen to your favorite artists. Now, you can pay a monthly subscription fee to stream apps, and you have access to over 50 million songs, podcasts, and recordings. Convenient, more budget-friendly, and easily accessible anytime, anywhere.

As a result of streaming services being in-demand, over a couple of dozen mobile apps and desktop apps provide music with a click of the play button. The two top competitors in the industry are Spotify and Amazon Music Unlimited. If you’re debating on which one to choose, read on to know their differences and which one would suit your music needs best.

Spotify vs Amazon Music: Which Is Worth It? 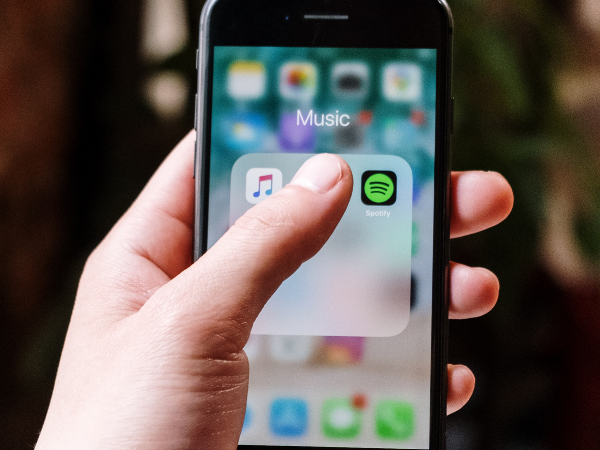 When Spotify first launched in 2008, no one predicted it would be one of the most significant, most popular music streaming services globally. It currently has over 39 million users all over the globe. Many award-winning artists have also partnered up with the company to launch albums and singles over recent years.

While it may be a massive name in the music industry, Spotify has a few rivals. In terms of accessibility, it has to contend with Amazon Music Unlimited. Amazon’s music streaming is among the latest of the company’s discounted upgrades for Prime members. This makes it an irresistible offer to those who are already Amazon Prime members or planning to be one.

Feature Comparison of the Two 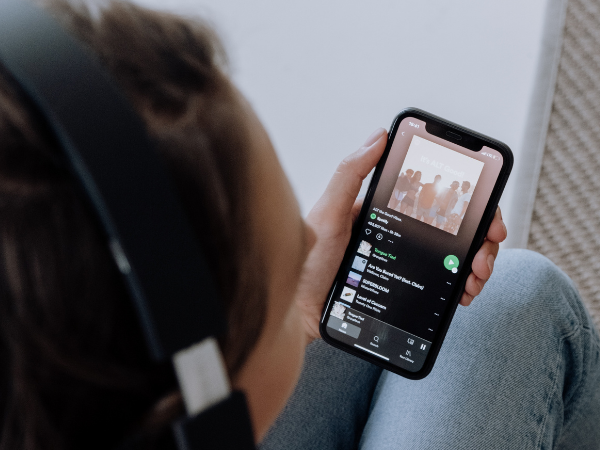 Choosing between Spotify vs Amazon Music can be a tricky decision. Both are popular and often promoted by artists and other users. There are a couple of differences between these two music streaming apps. We’ve listed the top categories these apps may have the same or differ in features to help you decide which one to spend your music streaming allowance on.

As a marketing strategy, most streaming apps will give you a free-trial period to test their services. Some even give you up to 30-days to test drive their platform and then ask you to upgrade at the end of the free trial.

Spotify also offers a free subscription plan to make its reach wider, but you’ll have to deal with constant ads and limited skips on tracks. Spotify Duo, Spotify Family, and Spotify Premium for Students are also options for those who want to get more bang for their buck.

Amazon doesn’t have this offer for users. Instead, they have a 30-day trial period. If you’re already a Prime member, you can get Amazon Unlimited for a discounted price or the more basic version of Amazon Prime Music for free. They also offer Amazon Family and Amazon Ultra-HD.

Spotify’s Premium membership costs $9.99 per month. This is at par with Amazon Music Unlimited’s $9.99 monthly subscription, but Prime members can avail of it at $7.99. Spotify Premium allows you ad-free music with unlimited search and skips, and you can save the music to your phone, so you can listen to it even when offline.

Amazon pretty much has the same features as Spotify. With over 50 million tracks to choose from, you can also download songs and listen to them offline. If you’re a bit tight on budget, Amazon offers a $3.99 monthly subscription. The catch is you can only stream music via one Amazon Echo device or Echo Dot speaker. Multiple smart home devices need the regular subscription plan.

One of Spotify’s best features is its music recommendations to users. The hugely popular “Discover Weekly” feature generates a playlist of tracks based on your listening habits and preferred artists. The streaming app also has a “Release Radar” playlist, a big plus for those who want to broaden their music taste or stay updated with their favorite performers.

Amazon Music Unlimited also has discovery features. However, theirs isn’t as curated as Spotify’s customized playlists for users. Music Unlimited has “Browse,” “My Music,” and “Store,” the three main categories of the app. Their algorithm also recommends music based on your listening habits. 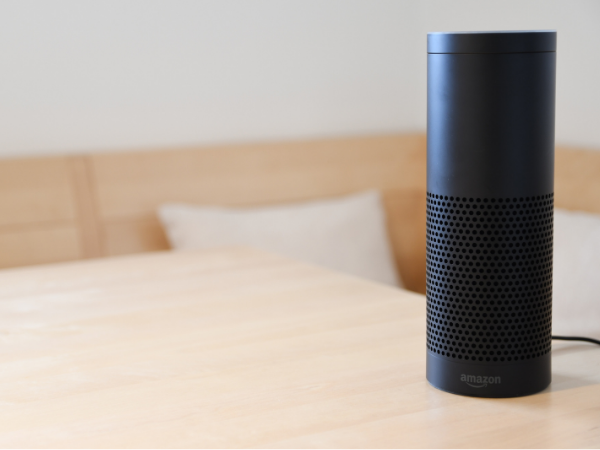 For Spotify Premium, you can stream music at a data rate of up to 320kbps (CD quality). Amazon Music Unlimited claims to support “multiple bitrates” and uses the same audio quality at 320kbps. If you listen to both high-quality headphones, you might notice a slight difference but nothing too significant.

On its seemingly endless list of upgrades, Amazon has recently launched Amazon Music HD and Ultra-HD. HD tracks come at 16 bit/44.1kHz sound quality, while Ultra HD comes at 192kHz. This upgrade costs $12.99 per month for Prime members or $14.99 for non-members. Amazon Music Unlimited subscribers can choose to upgrade for an additional $5 a month. 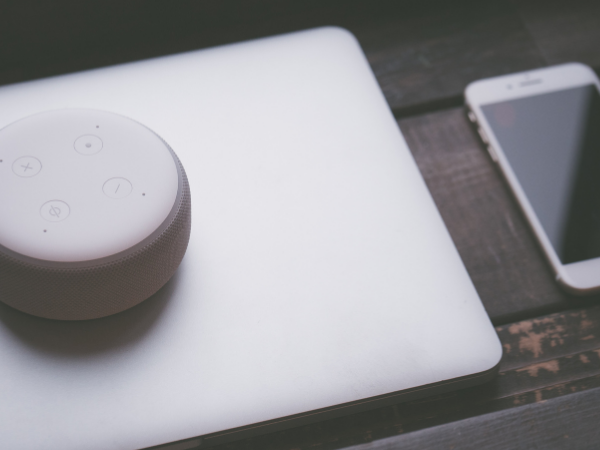 If you’re still scratching your head, wondering which streaming app is the best option, why not do both? At the very least, try both Spotify vs Amazon Music Unlimited’s free-trials and decide which one you favor. There is no restriction in subscribing to both at the same time. You can use the exact login details as the two are separate platforms owned by different companies.

If you live outside of the United States, there may be some albums or tracks unavailable in your country for copyright issues. Both Spotify and Amazon music libraries may be affected by your location. Make a comparison and check which one is more accessible for you. 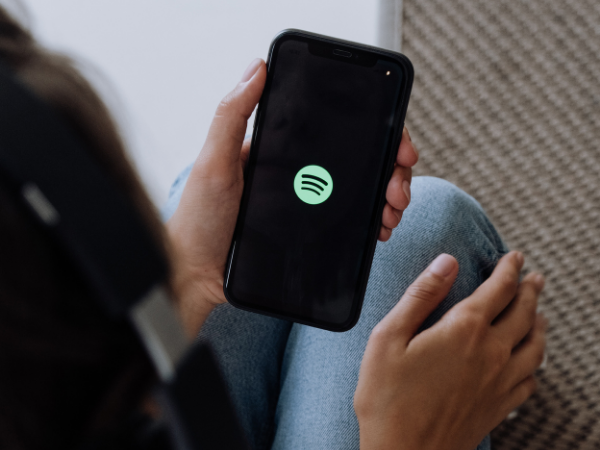 While the Spotify vs Amazon Music Unlimited debate continues, these two music streaming platforms are not the only ones out there. You also have Apple Music, Deezer, iHeartRadio, Pandora, SoundCloud, TIDAL, TuneIn Radio, and YouTube Music. Some of these apps may or not be available in iOS, Android, or Windows stores.

Simply check your device’s store to see if you can install these music streaming platforms. Most of them also offer subscription plans, but some have free ad-sponsored memberships like Spotify. There are also online music streaming websites available and are free if you have a steady internet connection.

So who wins in the battle between Spotify vs Amazon Music Unlimited? The answer depends on you and your preference when it comes to streaming your favorite tracks. Spotify remains to be the most recognizable app when it comes to music streaming. Its subscription plans are pretty flexible if you want to share with another user or your entire family.

It also comes with a sizable discount for students and millions of songs at your disposal. It’s the best option for discovering new music on top of following your favorite artists. However, if you’re an avid Amazon fan, the company’s Music Unlimited would be more accessible. You can also operate it more smoothly on Amazon devices such as Alexa or the Echo dot.

Existing Amazon accounts can be used to subscribe to Music Unlimited, and you also have the option to upgrade to HD or Ultra-HD if you’re keen on sound quality. In summary, both are great options with subtle differences from each other. Spotify may have a tad more edge because of its discovery algorithm, but apart from this, their features are subtly the same.