What are the NBA title odds of the 2021 NBA Playoffs? The NBA playoffs are underway, and the excitement is everywhere. The playoffs have been exciting so far from the new setup, with new games added this year.

If the 2021 NBA playoffs are an example of what the finals will be, then get ready because the games are looking good.

If you are a huge fan of the NBA and you have decided who you think will win the title, you may have also placed your bets on the team of your choice.

Betting on the NBA title odds is very popular, especially with websites now available to place your bets from home. Many different betting sites include the NBA and many other professional sports as well.

These sites have regular-season games as well that you can bet on. These are fun sites to bet on your favorites to win and for future betting on other games.

Keep in mind, these sites are available for all to use, but we suggest being responsible for your bets.

If you have not seen the NBA final odds yet, we have some information that may help you see what teams are favored to win. 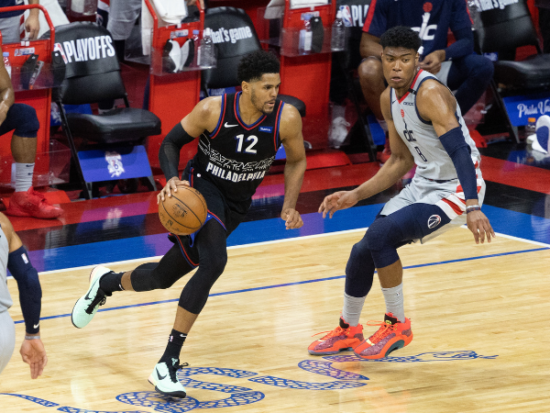 The Brooklyn Nets have to build a super team that has been doing well this whole season. The Eastern Conference playoffs are not any different for the Nets.

With a team of Kyrie Irving, James Harden, Kevin Durant, and Blake Griffin, who would ever doubt the Nets?

This Nets team has become an unstoppable force, but the chemistry of these four players has to get better for them to play at a championship level.

The Nets are favored to win the Eastern Conference and go all the way. Their odds are +185. The Nets have won the first two games against the Celtics in the first round of the playoffs.

They are feeling confident that they will beat the Celtics and move on to round two. They will play either the Milwaukee Bucks or the Atlanta Hawks.

A few dark horses are running in the NBA playoff, and the Bucks could win it all and surprise everyone.

With their superstar, Giannis Antetokounmpo, this team could go far if they all work together and depend less on their superstar. The Bucks have grown dependent upon Khris Middleton, who hit a game-winning shot in overtime to beat the Miami Heat.

Giannis is an MVP candidate, and the Bucks may pull a victory in the first-round playoffs.

This season is a completely different season from what fans in Philly are used to.

The 76ers are amazing this season, and they finished at the top of the Eastern Conference. Their record was 49 out of 72 games in the regular season.

They are tied with the Washington Wizard 1 game to 1 in the first round of playoffs. The 76ers are in great shape to advance to the second round. They will play the Knicks or the Hawks. 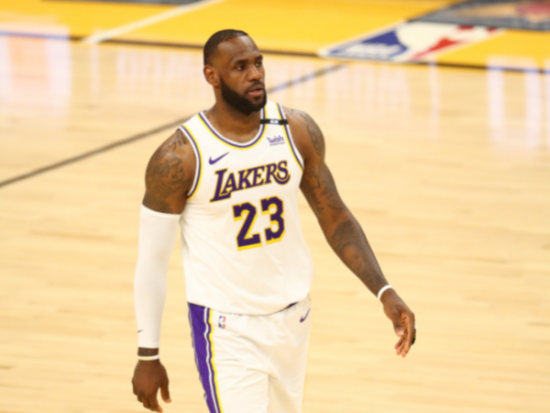 The Lakers have been riddled with injuries, and they lost to the Suns Saturday in a game that Anthony Davis and LeBron James did not perform well.

It will be a hard task for the Lakers to get to the second round, but they may have it in them. Then Tuesday, Davis scored 34 points to help the Lakers win against the Suns. The odds were adjusted after this game to +400.

The Lakers are looking better and feel familiar from last season, and we all know what they did last season.

If you have any luck with underdogs and long shots, then the L.A. Clippers may be the team you place your bets on. The Clippers have one of the best players in the league with Kawhi Leonard. He did lead the Raptors to the championship in 2019.

Paul George is playing for the Clippers, but they are currently trailing the series against the Dallas Mavericks 2-0. Unless they step it up, it looks like round two will not be achievable. 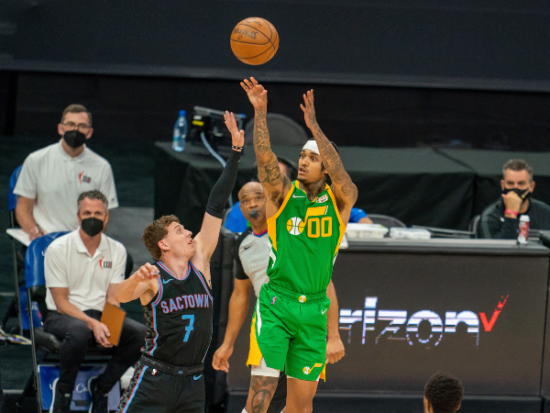 The Utah Jazz is another team that looks amazing this year. The NBA future for this team is very bright if they all stay healthy and injury-free.

The Jazz finished off the regular season with the best record in both conferences. This is a feat many teams cannot reach. They won 52 out of 72 games this season. The Jazz is ranked third best in defense and offense.

With the help of Donovan Mitchell and Rudy Gobert, they are doing great so far in the playoffs. They are tied with the Memphis Grizzlies 1-1. Their fans are confident that they will get to round two.

The Phoenix Suns are on the long shots list. Chris Paul suffered a shoulder injury in-game one, yet he played through it, and the team won.

As we look at the teams and the odds for each of them, this puts everything into more perspective if you are ready to place your bets. If you would like to place a bet but do not know how the playoffs work in the NBA, we can help you with the information. 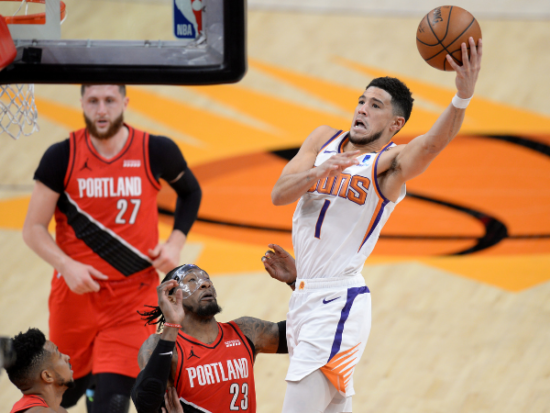 The NBA playoffs work like this. First, there was a new addition to the playoffs this year. The Play-In Tournament idea has been introduced.

To make it to the playoffs, the teams must finish sixth or higher in the conferences. Their ranking when the season is over determines what seed they will be.

The other seeds in each conference will participate in the Play-in Tournament. Once the teams are determined, they will be ranked. This is what you will see.

How do You Win?

In the NBA finals, one team will be victorious to win the title of NBA Champions. These games are decided by the best out of seven series.

The higher-ranking team will play four of the seven games at their home stadium and three at the lower-ranked team home.

Sixteen teams will qualify for the playoffs. The team with four wins will advance to the next round. Any team must win a minimum of 16 games to win the NBA Championship.

As the NBA playoffs are in full swing, many of you may be checking out the NBA title odds for the teams in the first round and so on. You may have your strategy or rely on friends and stats to place your bet for the NBA title odds.

In any case, this round of playoffs so far is extremely exciting, and fans are in the seats. The NBA adding the Play-In Tournament is a great move to get more people excited about basketball, and hopefully, this stays that way.