Top 5 Kobe Bryant Shoes | Best Models and Where to Purchase

Kobe Bryant was well-known since the early ’90s, and so is the line of Kobe Bryant shoes. The man is a legend. It’s always like a news headline across the board every time Kobe would release a signature shoe.

Basketball fanatics and sneakerheads would talk and brag about it for days. Often, owning a pair of Kobe Bryant shoes could already set a feeling of entitlement to the owner. Moreover, if you are a certified basketball player, a high school student, or as simple as enjoying some neighborhood basketball game.

How many Kobe shoes are there?

So, how many Kobe Bryant shoes are there to choose from? He entered the sneaker world with 22 signature sneakers. He then released 20 more team shoe models, which makes it to 42 basketball shoes in total.

Kobe keeps his active involvement in improving basketball performance through his wide range of shoes. So it’s not a surprise when Kobe partnered with Nike basketball and the Los Angeles boys and girls club to form the Mamba League. This is a co-ed youth basketball league to which her 13-year old daughter Gianna is also a member.

What are the best Kobe Bryant shoes? 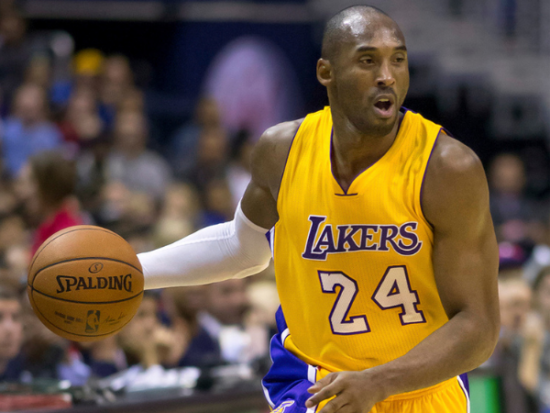 Married to Vanessa Bryant, Kobe has graced the NBA scene since 1996. He was also the 2010 NBA Western Conference MVP.

Since then, he has collaborated with Nike. He was dubbed as the Black Mamba while sweeping his team Los Angeles Lakers at the top. He ushered in a lot of wins at Staples center, their homecourt.

There’s no denying the fact that following Kobe and Gianna’s tragic death, the demand for Kobe shoes has hit landslide sales. With Nike zoom Kobe being the most popular and leading in the ranking, let’s not forget how Adidas Kobe is also paving its way to fame. If you have hunches about which Kobe Bryant shoes would make you stand out, scroll down and get your checklist ready to find the best top 5.

These shoes’ birth proved that the myth of wearing low-top shoes would have you injured is a total hoax. Nike has taken the risky shot of dropping the usual high-top of basketball Kobe Bryant shoes. They introduced it in 2008.

Kobe’s exposure to soccer in Italy gave him the insight that soccer players were playing in low-tops. He learned that basketball also needs ankle support, the same as soccer does.

Performance-wise, the heel lockdown has an epic tight grip. The collar foam and midfoot support will give you the protection you need from injury. Though the Kobe 4’s would never run out of style, Nike never stops to make innovations, thus releasing Kobe 4’s new version, the Kobe 4 Potro. Potro means performance retro.

Having a mamba-like skin structure, this Nike Zoom Kobe 6 speaks for itself. Aren’t those snake scales incredible? These Kobe Bryant shoes aren’t only stylish as they can be, but they can also provide comfort at their utmost level.

The heel collar would make you feel like you’re standing on memory foam. The shoes’ insides have a soft cushion from which you can glide your foot on with ease. You can now tick performance and cool factor boxes.

The Nike Kobe 10 Elite will boost your performance level. They have a phenomenal traction system that makes these shoe court-friendly. You can perform all your defenses and offenses more efficiently.

Changing directions swiftly is even possible without hurting your ankles. Sneakerheads would be excited as they have two variations of Kobe 10 to choose from. It was released in a low-top and mid-top version.

Although it’s a follow-up to Flyknit, its open-weave texture was more robust and a lot more durable. It’s also made with Flyknit technology making it lighter and ultra-comfortable.

Kobe’s ninth signature shoe with Nike is the Kobe 9. It has Lunarlon as its midsole, making it one of the most comfortable shoes on the court. Despite being a low-top, it won’t fail you with the incredible support it can provide. Its traction is also excellent, and it’s sure to make a top spot on your list.

Related Article: Why Athletes Use CBD in Sports

These Kobe Bryant shoes were popular due to it’s engineered mesh. Yes, it looks awesome. Same as one of the Kobe’s, its midsole is a full-on Lunarlon which gives these Kobe’s great traction on floors and surfaces. Its excellent grip and support won’t let you worry whether you slipped or bent a little.

If you are a point guard and badly needed to drive the ball down the court or make offensive plays, Kobe 11 won’t disappoint you.

The late Kobe Bryant was the next big thing after Michael Jordan. It’s clear as day how Jordan influenced Kobe’s moves. Both of them are mid-range shooters and have smooth glides towards the ring.

That being said, their shoes also both took the market by storm. The shoes of these two legend NBA players are worth more than the others. So if you’re a collector or a die-hard Kobe’s fan, it’s worth every single penny.

18 years ago today, Kobe and MJ gave us this iconic moment in Jordan's last game at Staples Center 🐍🐐

After Kobe’s death at a plane crash in Calabasas, California, his sneakers that were already out in the market and those others that were newly released suddenly grabbed their spot in the limelight.

Why so? Their prices were spiked. With every sneakerhead or Kobe fan grieving over their loss, all they wanted was a memento of their legend Kobe. What a perfect way to have a remembrance is to buy Kobe Bryant shoes.

For example, Kobe 9 Protro Undefeated Los Angeles Lakers, which was initially sold for $190. After Kobe died, the price came spiraling up to $945. Even a takedown Kobe shoe that retailed for only $99 suddenly increased in heaps that they’re selling it now for $150. Resale sites like StockX even placed some of their Kobe shoes on bidding, and oh boy, does the bidding stack up to a heaping $1000.

There’s no denying that Kobe’s influence not only in the basketball world had a great impact in choosing which sneakers to buy. Kobe Bryant shoes would always get on the top list of anyone who plays basketball professionally or just in a casual way.

The quality of his shoes matches his qualities as a player and an excellent one at that. For Kobe, who’d been a regular player at the Staples Center, he surely knows the right kind of shoe for every different player.