Is Bitcoin a good investment? | Why you should invest now

Is Bitcoin a good investment?

With all the buzz surrounding cryptos, you may have wondered if bitcoin’s worth it. The internet is filled with discussions regarding bitcoin and cryptocurrencies. Regular folks turn into first-time investors as these digital assets become mainstream. Still, it’s wise to check everything available before investing in cryptos, including this article.

First, we’ll explain the basics of bitcoin, such as its history and uses. Unlike most online sources, we’ll explore what motivates someone who invests in cryptocurrencies. We’ll show you the wise and poor reasons to get into the cryptocurrency markets. This will help you plan your investments carefully and find other ways to earn from bitcoin.

The desire to invest in virtual currencies comes from a person’s mind. Everyone has different reasons to get into these crypto coins. If you understand why you want Bitcoin, you’ll see where you want the investment to take you. This will help you look behind the hype and invest wisely in Bitcoin and other asset classes. 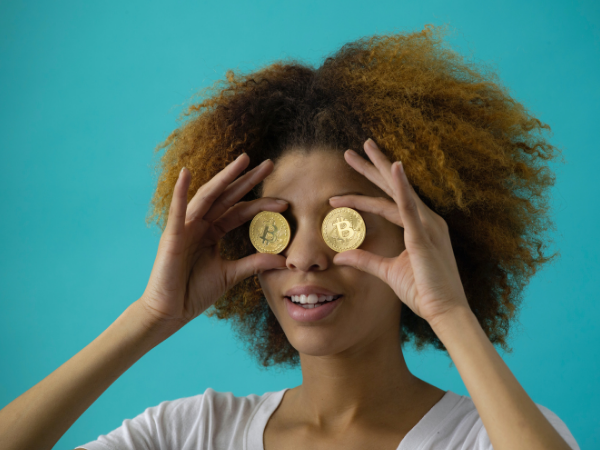 In 2009, the mysterious Satoshi Nakamoto released the first concept for Bitcoin (BTC). Later on, people have studied it and built the digital coin we know today.

It promises a financial system that doesn’t need central banks or governments. It’s made possible by the bitcoin network that uses blockchain technology.

It’s made up of numerous computers around the globe that confirm all bitcoin transactions. Your PC could be one of those machines. Each transaction it ensures earns you more cryptos.

This activity is also called bitcoin mining. The confirmed transactions show up on a public ledger that anyone can view. There are only 21 million bitcoins so that we will mine the last coin eventually.

Some say bitcoin is a good investment as it may become the primary medium of exchange worldwide. Unfortunately, digital currency needs more upgrades to replace fiat currency.

Still, we are getting to that future. Nowadays, you may buy more stuff with bitcoin. An increasing number of stores accept it as a payment method. Even Visa accepts cryptos now!

How to Purchase Bitcoin for the First Time

Why do people invest in Bitcoin? 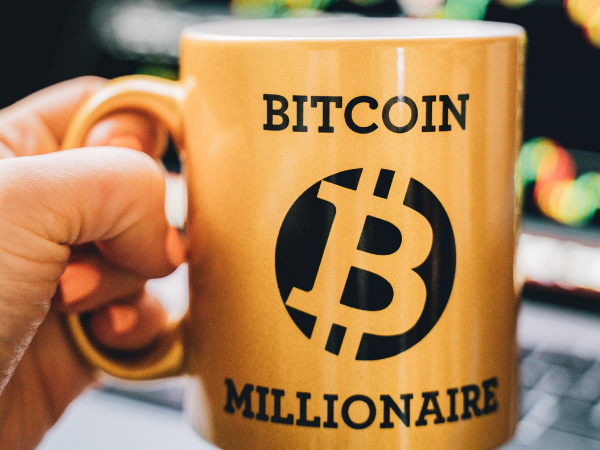 The biggest cryptocurrency on the planet just hit another all-time high as it exceeds $55,000. Tesla CEO Elon Musk promises to accept bitcoin as a payment method soon.
There’s no question that cryptos are getting more popular. Your social media feeds are probably filled with posts about bitcoin price predictions and related topics.

You’ll find plenty of those, so we’ll approach bitcoin investments in a different light. You may think that people fall into the hype. Yet, the specific reasons behind it may surprise you.

A study from the Chung-Ang University Hospital looked into the motivations that drive investors. It turns out that they often love taking risks, getting rewards, and acting on gut feelings.

Some people are turned off when they hear the excessive volatility of cryptos. Others want the thrill from the frequent bitcoin price spikes and drops.

Your personality plays a part in your investment decisions. Understand your reasons why you’re interested in bitcoins, and you’ll be able to plan your investments wisely.

Related Article: What Can You Buy with Bitcoin? 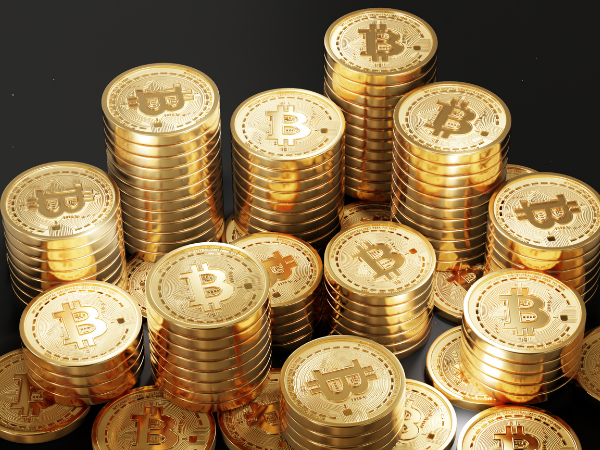 How should you invest?

Be clear on what you want from Bitcoin before buying some. This will help you decide whether bitcoin is a good investment or not.

You could earn from cryptos quickly and regularly. You’ll need a lot of time to learn the ropes. More importantly, expect to fail your first tries.

On the other hand, you could leave your coins for months or years. The bitcoin price might have gone way up after a long time. Still, there’s a chance you would lose money.

Your approach will depend on the time, effort, and money you’re willing to give for bitcoin. Read below how short-term and long-term Bitcoin investment works. 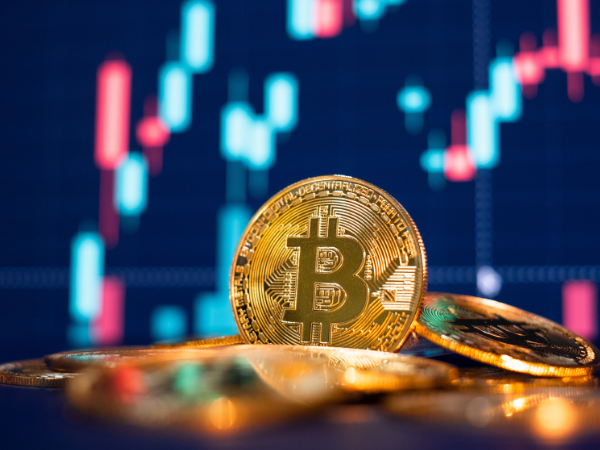 This involves buying bitcoin and other coins then selling them quickly. You may earn within a few months, days, minutes, or even seconds.

You’ll have to know technical analysis for short-term bitcoin investments. In other words, you’ll have to track the bitcoin prices change in real-time.

This will allow you to find patterns in the price movements. It will help you know the right time to buy and sell bitcoin. You’ll need lots of time to learn this, though.

Stock traders also use TA for highly volatile options. Cryptos have wilder price movements, though. They often have higher risks and greater rewards.

More importantly, expect to lose money on your first trades. It’s a skill that you improve with trial-and-error. Make sure you have funds you’re willing to let go of.

Some investors buy a few bitcoins then leave them for a year. The price of bitcoin probably has risen after that, so they sell the coins. Long-term bitcoin investments often take 6-12 months.

Unlike short-term investing, you’ll have to observe bitcoin from a broader perspective. You’ll need to know fundamental analysis instead of TA.

It works a bit differently from the one used in stock trading. Crypto FA involves different metrics, so you’ll need time to learn them too.
Moreover, you’ll have to measure what bitcoin’s worth is based on recent events. Check all the latest updates to find out how it’s performing in the real world.

You may think the long-term approach is safer, but it’s not always the case. Let’s say you’ll wait a year before selling. The bitcoin price might fall when you’re about to sell the coins.

Other ways to gain from Bitcoin 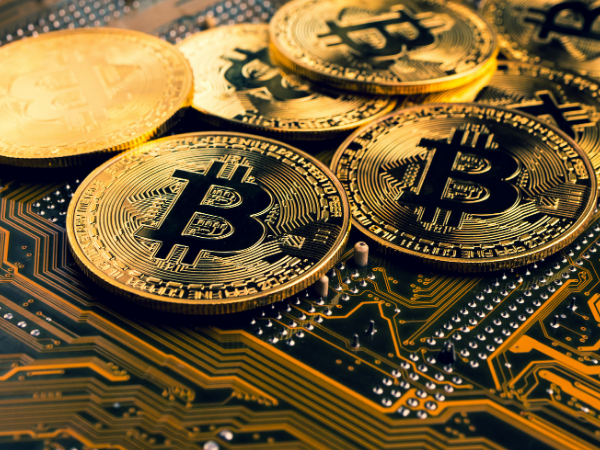 Nowadays, you could choose from thousands of cryptos. For example, there’s Dogecoin, Ethereum, Bitcoin Cash, and Litecoin.

You could find the virtual currencies Bitcoin inspired in the cryptocurrency exchange platforms.
There are many options like Coinbase and Binance.

Create an account, then link your bank accounts, credit cards, or debit cards. Most of them accept PayPal too. Some cryptocurrency exchanges may charge for premium features.

Then, select Bitcoin or other cryptos you want. Check the Bitcoin price to learn how much you could buy with your current funds. You’ll see it on the platform.

After your purchase, it will show up in your crypto account. This type of storage is often called hot wallets or digital wallets. They’re not that safe against cyberattacks, though.

Cold wallets or hardware wallets could protect your investments from hackers. What’s more, they allow you to carry your bitcoins anywhere with style.

You could add your computer to the bitcoin blockchain. It could confirm transactions to mine more cryptos. You’ll need a powerful PC and a good internet connection, though.

Did you know you could invest in bitcoin without buying any? Bitcoin futures let you do that. However, they might have more volatility than cryptos.

Related Article: What to Know About Online Trading

Bitcoin will get major upgrades soon. 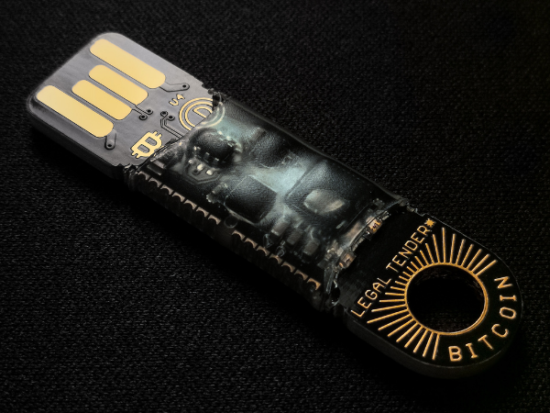 Do you know the biggest concern with the biggest cryptocurrency right now? It’s the “currency” part! Most people still can’t see bitcoin as a way to spend on things.

We see more stores accept it as payment. Still, it’s hard to use bitcoin for buying stuff right now. It’s simply slower than older methods such as credit cards.

That’s why most people see it as an investment. They see it as an asset that rests in the crypto charts. Well, two upgrades will change all that soon!

They’re called the Lightning Network and the Taproot Upgrade. The former speed up BTC transactions while the latter makes them cheaper. Let’s talk more about them below.

Lots of bitcoin fans are raving about this upgrade. It’s known as a “layer two” or “off-chain” solution. To understand why it’s a big deal, let’s look at how bitcoin works again.

Bitcoin has a public ledger that records all the transactions. The problem is that it makes them slow. The Lightning Network solves this by letting people exchange outside the blockchain.

What’s more, this improves the bitcoin network in other ways. Here are the Lightning Network’s potential benefits: we will only discuss them briefly for the sake of this article.

We may expect the Taproot Upgrade and the Lightning Network in November 2021. If you want to learn more about them, check other websites like CoinDesk and Binance Academy.

Bitcoin is a good investment. More people worldwide use it, so it makes sense to invest as soon as you can. It’s a must-have for any investment portfolio.

Still, it’s best to try out other kinds of investments. You could try stocks and bonds for more gains. This lets you benefit from their growth as well.

No matter your investment, there will always be risks. You can only lessen them by choosing wisely. Learn all you can before investing.

Disclaimer: This article is the author’s personal opinion, differing from the “official” statements or facts.

Learn more about bitcoin as a good investment

Can you make money with Bitcoin?

Yes, but it depends on how you invest. You could wait for a sudden price spike then sell immediately. In contrast, you may leave it for a year and then sell it.

Did anyone get rich off Bitcoin?

Yes, thousands of people became wealthy because of bitcoin. There are roughly 100,000 bitcoin millionaires recorded as of 2021.

How much Bitcoin do I need to be rich?

You could get rich off just one bitcoin. It cost around a thousand dollars then. Buy now, and bitcoin prices might be worth a million in the future! As of writing, it’s now $54,750.63.

Is it wise to buy Bitcoin?

Yes, it’s wise to own bitcoins nowadays. More countries and businesses are using it, meaning you may need it to buy stuff in the future.