Best cryptocurrency to buy in 2021 | How to start investing

Best cryptocurrency to buy in 2021

This guide could help you understand the rising popularity of cryptocurrency. More importantly, you’ll learn how to earn from these new financial products potentially. You’ll know how to distinguish misinformation from facts and learn how you should invest. In turn, you’ll be able to choose investments wisely. 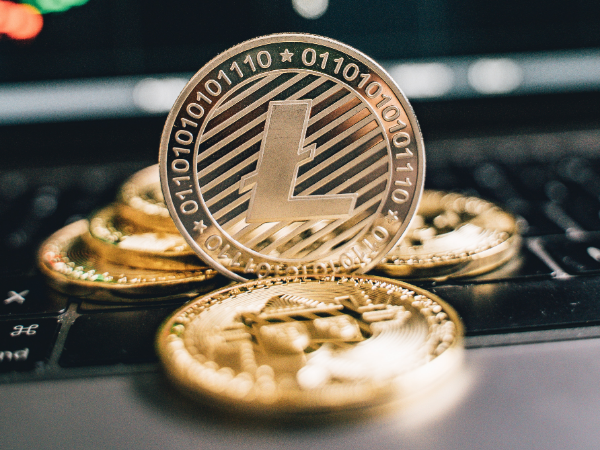 Imagine if you could spend your money without big banks or governments in the way. They won’t be charging taxes from your transactions, nor will they collect your info.

This is one of the promising benefits that compel people to look for the best cryptocurrency. It’s a decentralized digital asset that these institutions don’t regulate.

Instead, it uses blockchain technology made up of multiple computers around the world. They store a shared public ledger while every user has a digital wallet.

Digital wallets submit every transaction to the ledger. Then, people referred to as miners will verify them. They confirm crypto owners and ensure proper recordkeeping.

Overall, the procedure ensures trust prevails in the system. The best cryptocurrencies are protected by complex software that prevents abusive mining.

What’s more, regular people with the right know-how can create their cryptos. As a result, they’ve made numerous coins and tokens to rival bitcoin, the first cryptocurrency.

Why do people invest in cryptocurrency? 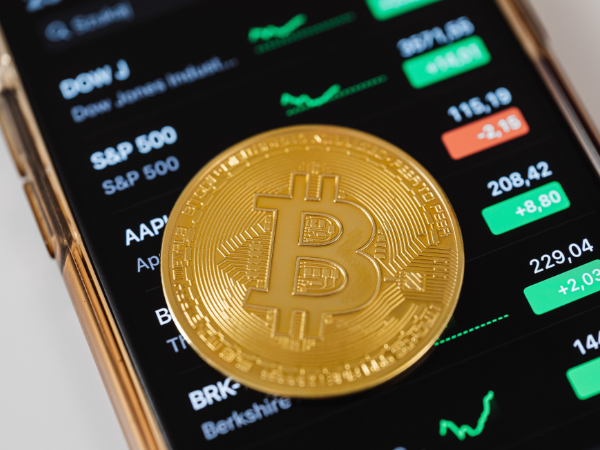 More people are becoming aware of cryptocurrency nowadays. As a result, terms like Ripple’s XRP, bitcoin cash (BCH), EOS, and Kraken circulate more around the web.

Many people see it as the future of finance. They believe digital currencies will replace fiat currencies in the future.

More importantly, this caught the eye of prominent figures like Tesla CEO Elon Musk. Recently, he bought $1.5 billion in bitcoin to adopt it as a payment method.

The celebrity buzz fueled the tech hype further. It compelled more people to invest in bitcoin and Ethereum, regarded as some of the best cryptocurrencies.

Internet culture also plays a massive role in the crypto craze. People online feel excited about new technologies, so they want to catch up and avoid FOMO (Fear Of Missing Out).

More importantly, it provides hope for the masses. Regular folks see it to improve their finances since the current system doesn’t help them enough.

Best cryptocurrencies to invest in 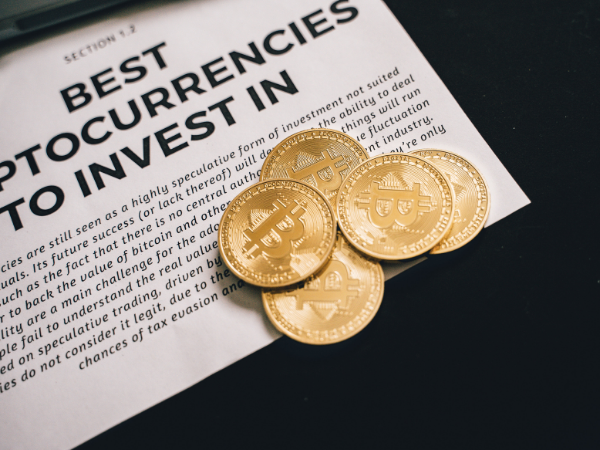 It can be overwhelming to start trading cryptos, even for experienced traders. There are thousands of cryptocurrencies with their variations to blockchain tech.

They often judge a cryptocurrency by market capitalization. It’s the market price of a digital currency multiplied by the number of coins in circulation.

In contrast, some regular folks ignore market cap, price, and other indicators. They just purchase the most trending crypto their friends recommend and go all in.

For us, popularity is still a major factor. The mainstream isn’t always right or wrong. However, the best cryptocurrencies are well-documented so that you may understand them deeply.

What’s more, we chose the options that people can use to buy stuff conveniently. As a form of currency, it should be a convenient unit of exchange.

Here are our picks for the 3 best cryptocurrencies for 2021:

Bitcoin (BTC) – The first and most popular cryptocurrency

This was the first implementation of the cryptocurrency described by Wei Dai in 1998. Then, Satoshi Nakamoto published the first Bitcoin (BTC) proof of concept and specification in 2009.

Anyone could review its protocol and software and create their versions of bitcoin. As a result, more developers have worked on it. Now, most regard it as the best cryptocurrency.

Optimistic investors see bitcoin’s price to continue rising. For these folks, the best time to invest in Bitcoin was several years ago!

Nowadays, 1 bitcoin is worth tens of thousands of US dollars. Fortunately, you could buy smaller denominations called Satoshis.

They represent one hundred millionths of a bitcoin, so you may easily afford them. However, you should check your cryptocurrency platform first.

It has multiple similarities with Bitcoin. However, Litecoin provides shorter transaction confirmation times due to its quicker block generation rate.

In January 2021, its market capitalization was $10.1 billion. Each token was valued at roughly $153.88, making it one of the best cryptocurrencies.

At the time of writing, Litecoin’s market cap was $11.16 billion. It stands as the eighth largest cryptocurrency in the world.

Litecoin is often referred to as “silver to bitcoin’s gold.” If possible, you may want to invest in a variety of alternative cryptos along with bitcoin.

As we’ve mentioned, we selected our recommendations based on their viability as a currency. Bitcoin takes minutes to confirm transactions. Litecoin only needs seconds!

Bitcoin requires too much technical know-how and advanced equipment to mine it. As a result, everyday users need to join a mining pool for the world’s best cryptocurrency.

Many people refer to Ethereum’s technology as “Blockchain 2.0”. According to its website, Ethereum is the world’s programmable blockchain.

Ethereum launched in 2015, and its tokens are called ethers. Many people see it as the replacement for traditional financial intermediaries after Robinhood’s GameStop fiasco.

It goes beyond cryptocurrency by exploring blockchain’s other decentralized applications. It may soon pave the way for a mainstream decentralized finance system.

Ethereum pushes the boundaries of what blockchain can do. By investing, you get to be at the forefront of potentially groundbreaking innovation.

We previously said that our best cryptocurrencies are convenient for purchasing stuff. Bitcoin needs a few minutes to confirm transactions. Ethereum only needs seconds!

At the time of writing, Ethereum is the second-largest cryptocurrency in the world. It has a staggering $166.07 billion market cap and a market price of $1,445.78.

How to start investing in crypto 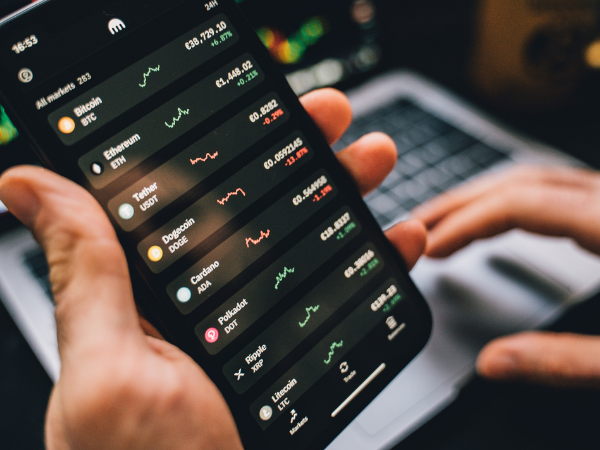 Are you excited to buy and sell bitcoin and other cryptos? Well, you should begin by choosing a crypto trading platform. You have lots to choose from, including eToro and Robinhood.

We recommend using one of the most popular platforms for buying bitcoins: Coinbase. Create an account, then link your bank accounts. Then, use it to purchase some bitcoins.

Most platforms may exchange cryptos for traditional currencies like dollars (USD) and euros (EUR). However, be aware of their different transaction fee structures. 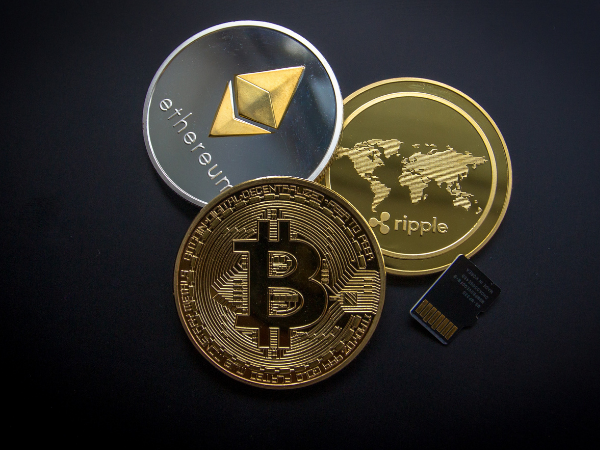 Remember that all financial products pose some risks. For example, you could lose money even if you’re invested in the best cryptocurrency.

Even corporate giants like Facebook acknowledge such risks. It postponed releasing its digital currency called Libra. Facebook renamed it to Diem recently and may release it soon.

It has similar problems to traditional investment options, such as rapid and drastic price fluctuations. We’ll also show some difficulties you might not have noticed online.

Even prices for the best cryptocurrencies fluctuate wildly. According to eToro, Bitcoin’s short-term prices can drop or rise by 10% due to fake news and hearsay.

What’s more, a study concluded that bitcoin is too unstable to serve as a viable currency. Researchers said a cup of coffee in the morning might become more expensive later afternoon!

Other cryptocurrencies may be as volatile, if not more. In response, the Securities and Exchange Commission (SEC) reminded the public of unstable crypto prices.

However, quantum computers have the required processing power that might endanger bitcoin. These could perform those calculations at break-neck speeds, ruining its foundations.

China recently claimed “quantum supremacy” with its prototype. A report suggests it may use it to destroy bitcoin or attack enemy economies.

However, this threat is unlikely to manifest soon. Dragos Ilie, Imperial College London researcher, said, “Don’t dump your bitcoins yet.”

Dependence on electricity and the internet

Even the best cryptocurrencies require an internet and electricity connection. Some are creating ways to use bitcoin without the internet, but they still have significant flaws.

Recently, we’ve seen that even first-world countries could lose power. Texas’ power grid failed a few weeks back, causing millions to freeze in their homes.

Worse, the COVID-19 pandemic could indirectly disrupt internet providers. More people are using the internet due to the lockdowns, so ISPs struggle to keep up with surging demand.

Why do you want to invest in cryptocurrency? 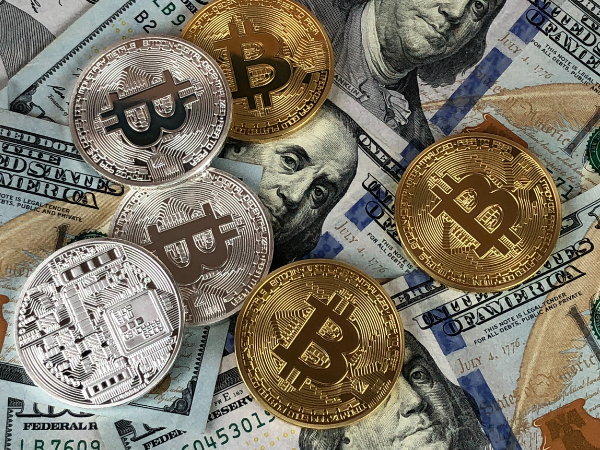 Before you dive into the best cryptocurrencies, ask why you’re investing in the first place. This will set your expectations and determine your investment plan.

You can’t just buy every new altcoin that releases an initial coin offering (ICO). Don’t just follow FOMO. Take a breather to find out what you want from cryptocurrencies.

It’s highly inadvisable to expect short-term gains from crypto. It’s challenging to make a quick buck out of something that rises or dips in value nearly every hour.

For example, 1 in 5 students in the US invests in cryptos to pay student loans. In response, schools have warned that this investment is more akin to gambling.

It’s much better to invest in the long-term. Bitcoin and other cryptos have relatively more stable price changes after a long period.

However, a long-term investment won’t work with the best cryptocurrencies alone. It’s much better to build a well-rounded portfolio made up of other investments.

You should check out traditional investments such as stocks and bonds. They may not promise quicker and more significant gains, but they’re relatively more stable than cryptocurrencies.

We just showed you our picks for this year’s best cryptocurrencies. Regardless, they all put your finances at varying degrees of risk.

You could quickly lose money due to their price volatility. The SEC also warned against deposits for fraudulent crypto trading services.

Your investments aren’t just in the lines and candlesticks. Those are prone to outside threats such as hostile technologies, power shutdowns, and internet outages.

On the other hand, more financial institutions are letting folks spend cryptos easier. They provide debit cards and credit cards that allow you to spend cryptos like ordinary money.