RSR coin – Everything to know

As the prices go up, more people hedge against it with cryptos like RSR coins. If you know about bitcoin, you’d know that cryptocurrency prices are volatile. That’s why you might be scratching your head at the idea of using it as an inflation hedge. You’d be surprised how many people around the world are doing this!

One of the trending options is the RSR coin, the native cryptocurrency of the Reserve Protocol. It shows the benefits of cryptos as it’s now helping countries like Venezuela. More importantly, you might be wondering if you should include it in your portfolio. Fortunately, this article will get you up to speed with the RSR coin so that you can make the right decision.

Before I talk about the RSR coin, I will have to cover a few terms related to it first. This is because it’s part of the Reserve Rights Protocol that uses a unique system not found in most cryptos. After that, we will be able to talk about how Reserve Protocol, RSR coin, and RSV token work. These should help you figure out whether or not you should invest in RSR coins. 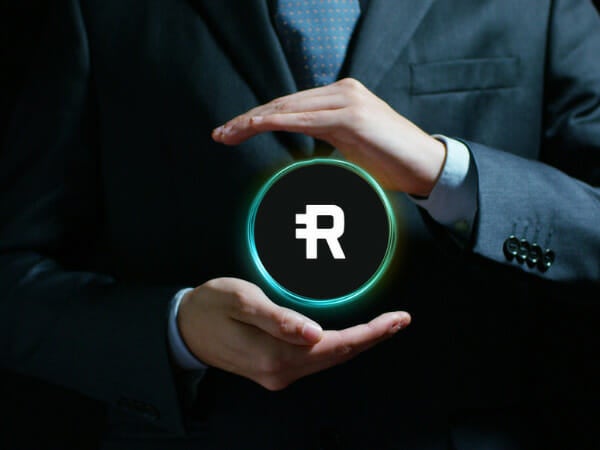 We can’t talk about RSR coins immediately without covering some important concepts. Otherwise, the readers who are new to crypto might get confused.

The Reserve Protocol uses both Reserve Tokens (RSV) and Reserve Rights Tokens (RSR) without spoiling too much about the topic. Most crypto networks only use one.

That’s why we have to talk about the difference between crypto coins and tokens first. Coins have a blockchain or crypto network to themselves.

Bitcoin (BTC) is the best example because it’s the first-ever crypto. Meanwhile, tokens are built on other networks with a separate cryptocurrency.

RSV and RSR count as tokens because they’re built on the Ethereum (ETH) network. Most people describe all cryptos as coins because it’s a lot easier.

Now, let’s talk about stablecoins. We will refer to RSR and RSV tokens as coins for this article. That way, even newcomers to the crypto scene can catch up.

Unlike other cryptos, stablecoins maintain their price no matter how the market moves. It does so by backing its value with various assets. This doesn’t always work, though.

Look at the Tether (USDt), the stablecoin with the largest market cap. You’d be surprised how much its price chart zigzags up and down. Back then, it was supposed to be a 100% “USD Coin.”

Now, it is backed by US dollars and corporate debt. Similarly, RSR coins are stablecoins, except other cryptocurrencies back them.

Won’t this make RSV and RSR coins more volatile? The founders of the Reserve Protocol knew this. That’s why they implemented a dual-token system for this platform.

Read More: What Are SPELL Tokens?

What is the Reserve Rights Protocol?

This video shows the team in Cucuta, Colombia, connecting with 🇻🇪 migrants to make remittances easier & cheaper than ever before.

Nevin Freeman and Matt Elder started the Reserve Rights launched on the Huobi Prime platform in 2019. Freeman serves as the project’s CEO, while Elder works as the CTO.

The Reserve Rights Protocol aims to solve various flaws of the crypto market. First, it tries to solve the wild price movements. That way, more people would want to spend with it.

Second, it wants to make it easier for people to enter an economy powered by cryptos. That’s why it allows the conversion of various fiat currencies into cryptos.

Third, it aims to reach the millions of people who still have no bank accounts. Current financial institutions can’t help them, so the Reserve Protocol wants to add them to its growing ecosystem.

It has a unique system that uses stablecoin RSV, RSR tokens, and collateral tokens.

If it’s a dual-token system, why is there a third one for collateral?

Collateral tokens are real-world assets that the protocol turned into crypto tokens. In turn, they could represent those assets and support the RSV stablecoin value.

RSV coins maintain their value by buying or selling the Reserve Rights tokens or the collateral tokens. To further explain how this works, let’s say the RSV price today rose to $1.03.

The Protocol will encourage arbitrage traders to buy new Reserve tokens for $1.00 worth of collateral tokens. Then, they will sell them on the open market.

It may also sell Reserve Rights tokens if there are too many. Eventually, this will reduce the supply and raise the price to $1.00. Let’s say the price of RSV coins dropped to $0.94.

The Protocol will encourage arbitrage traders to buy RSR coins for $1.00 worth of collateral tokens. This will continue until the RSV price returns to $1.00.

What’s more, the RSR coins give holders the right to vote on future proposals to the Reserve Rights Protocol. In other words, they get to have a say on how it will change in the future.

Even better, you can stake RSR coins. Similar to how bank savings work, you could deposit a few of them to earn more as time passes. This is one of the reasons why some invest in them.

Should you invest in RSR coins?

Did you know Reserve will be releasing a new stablecoin on mainnet launch? 🤔

Just by holding the stablecoin in your wallet, you will automatically earn DeFi-yields. No staking or lockups required 🤩

Here's our CEO with a short summary ⬇️ pic.twitter.com/YK9FeEk0Zd

It probably wouldn’t make sense to invest in RSV coins because the value stays $1.00. That’s why most people focus on RSR coins as an option.

More countries like Venezuela allow cryptocurrencies to secure people against hyperinflation. That’s why many of them use the Reserve app, which makes it easier to turn fiat into stable cryptos.

As it gains more users, more people will use RSV. This will trigger more sell-offs for RSR, which may increase its value in the long run. However, you could see flaws in its collateral tokens.

The Reserve network aims to become independent of the US dollar one day. Until then, you’ll have to rely on the basket of assets that serve as its collateral.

The Reserve Rights whitepaper says that the collateral tokens are tokenized currencies, commodities, and securities. It doesn’t specify what they are, though.

Note that the price could have changed numerous times within the last 24 hours. Also, you could purchase them from the following cryptocurrency exchanges:

Before rushing to these crypto exchanges, make sure you have clear investment goals. Also, you might want to check other cryptocurrencies first.

What Is The Bonfire Crypto Token?

What Is The Gemini Crypto Platform?

Note that this article is not meant to provide investment advice. Choose your assets based on your plans and research. Only use the money you’re willing to lose.

Remember that RSR coins aren’t the only cryptos right now. You might want to check the other tokens first before buying. While you’re at it, why not explore other types of assets?

Check out the other Inquirer USA articles to learn more about the latest investment trends. That way, you can build the best portfolio possible.