Cryptocurrency and video games are merging with the power of Enjin. Just like a real engine, you might not have noticed this amazing crypto. Yet, this is one of the hidden gems you need for your portfolio this year!

First, we’ll talk about how the Enjin network and its cryptocurrency started. Then, we’ll explain the many changes it brings to online gaming. As you’ll see, Enjin coin is a good investment right now, especially because of the crypto market’s bullish trend.

Online gaming is a huge industry nowadays, and it’s getting a boost from cryptocurrency. Mixing them both allows for never-before-seen features. This is why Enjin is one of these cryptos that most people haven’t noticed.

How the Enjin started 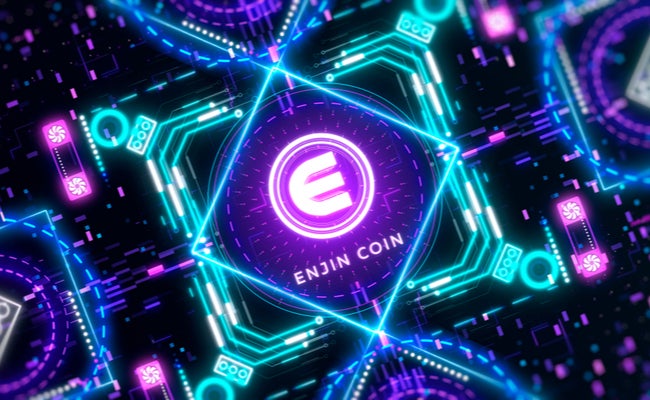 Two great minds created the Enjin Network. Witek Radomski and Maxim Blagov started it in 2009. At first, it was a community gaming platform.

In 2017, the network took a step into cryptocurrency. It hosted an initial coin offering (ICO) for Enjin coin. The company wanted an ecosystem of user-first products.

People will use it to make and exchange non-fungible tokens (NFTs) easily. These are digital media with ownership tied to the blockchain.

Owning an NFT means you have a unique copy. No matter how many free copies there are, yours is special. Also, Enjin is made up of five tools and solutions: 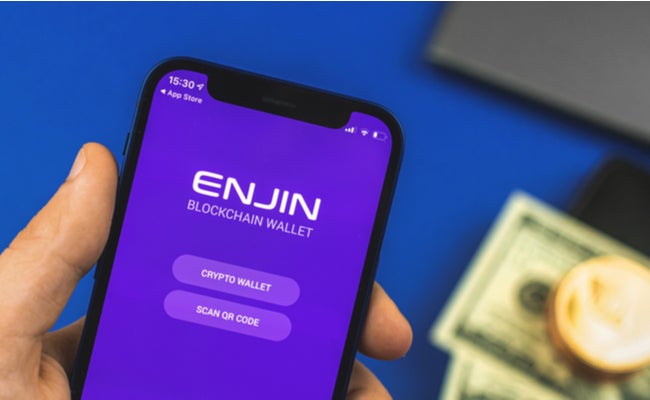 Like its namesake, the Enjin network uses Enjin or ENJ coins. ENJ coins let you buy, sell, and earn from digital assets. It functions as a security token.

Enjin assets have an interesting feature. You may “melt” them into Enjin coins. This opens a whole new world of possibilities, especially for video games.

Let’s say you earned a certain rare item in an Enjin game. You could “melt” that down into ENJ coins. The item disappears, but you get more Enjin tokens.

This means gamers could truly earn by playing! They can grind for hours, looking for valuable items. Then, they could turn those into more Enjin bucks!

Our goal is to build a network of tools for developers, users, and businesses to use these tokens in interesting ways." —@witekradomski

Other games also have similar features. Take Axie Infinity as an example. It’s an NFT game outside the Enjin network. Yet, it lets players earn SLP and AXS coins by playing.

In turn, players can use the SLP to buy in-game items. Right now, it’s a popular means of income in the Philippines. However, people prefer turning them in for real money.

Unlike Enjin, you can’t create in-game assets. You may breed and sell Axie pets, but that’s about it. With an Enjin coin price prediction, every in-game goodie can turn into real-world money!

Still, they share one thing in common: the Ethereum network. Both of them are based on ETH. It’s 2nd place in the crypto list, right below bitcoin (BTC).

Like the big BTC, you can mine ENJ. It works like bitcoin mining too. This means you’ll confirm transactions in the Enjin network. It would help if you had the proper software and computer to start.

Why Enjin is a must-have for investors 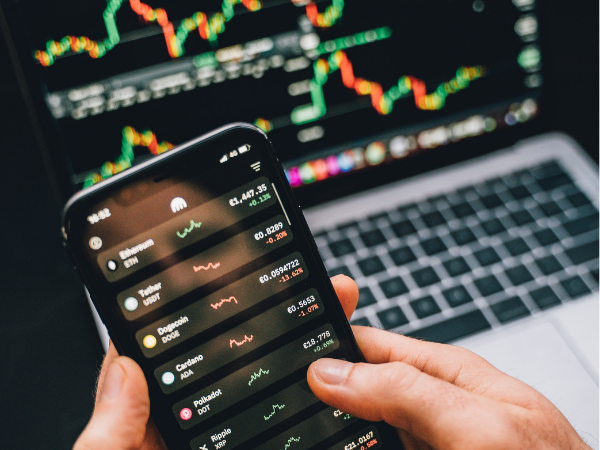 The other cryptocurrency articles on Inquirer USA judge coins based on real-world use. That’s because short-term crypto price movements are hard to follow.

The prices move almost every second. Coins can break through a resistance level or crash below support within hours! See it for yourself on Binance’s market page or CoinMarketCap.

Instead of short-term price analysis, we prefer long-term forecasts. We base it mainly on the coin’s real-world uses. It’s more likely to grow if it’s useful for various purposes.

Here are just some examples:

At the time of writing, the Enjin Coin (ENJ) price was roughly $1.38. Seeing its recent developments, it may reach at least $10.00. Other analysts predict this too.

Investors have just started seeing the yield potential of gaming cryptos. As a result, AXS coins jumped from $3.00 to $18.00 within a month!

There’s no doubt that ENJ could reach a similar all-time high! That’s why Enjin is likely to be a good profitable investment right now. Get your first coins today!

All the opinions expressed in this article are not meant as investment advice. Please research and plan investments on your own. More importantly, be aware of the risks involved.

Start by learning how cryptocurrencies work. See how they’re used in the real world. This will help you find the best cryptos for your portfolio.

Still, you can’t completely remove risk from any investment. Always remember that you can lose money. Never invest money you’re not willing to lose.

What is an Enjin coin?

Enjin (ENJ) coin is the cryptocurrency of the Enjin network. It lets people buy and sell digital assets. Even better, they could turn ENJ tokens into fiat money.

What is an Enjin coin worth?

The price of Enjin coins at the time of writing was around $1.38 each. Please check CoinMarketCap or other sites for the latest quote.

Some Enjin coin price predictions say it may reach $10.00. Investors just found out how profitable gaming cryptos are. Also, it has numerous projects with large corporations. This is a recipe for an amazing all-time high!

Usa.inquirer.net strongly recommends that you perform your own independent research and/or speak

with a qualified investment professional before making any financial decisions.