Is Honey Vegan and Can I Eat It? I Lifestyle

Is Honey Vegan and Can I Eat It?

The vegan lifestyle has become very popular. More and more people are deciding to go vegan for ethical, health, and environmental reasons. Since it has a lot of benefits, many embrace it as a way of living. All vegans consume plant-based foods. They are not meat-eaters. Their plant-based diet excludes all animal ingredients such as meat, fish, insects, shellfish, eggs, dairy, etc. Veganism seeks to ban all forms of animal exploitation.

Vegans are concerned with animal welfare, especially bees. There are many vegan options, even in sugar. One sugar substitute, Honey, makes people confused if it is vegan sugar. Questions pop into our mind: “Is honey vegan?” “Can vegans eat honey?” “Do vegans use honey?” “Do vegetarian eats honey?” We will answer all your queries and lessen the honey debate that is going around on whether Honey is vegan or not. 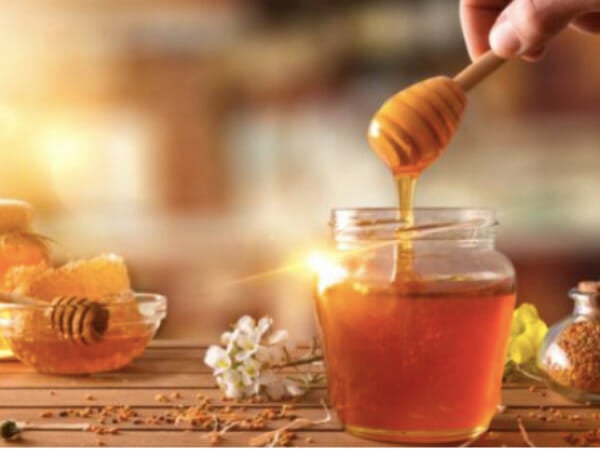 A natural sweetener, Honey, is produced by bees from the nectar of flowers. Then the wild bees bring it back to the hive and turn it into Honey. Many people love eating Honey because it has many health benefits and is an alternative to sugar. Various types of Honey are available on the market, and they differ in taste, color, and price.

The two most common types of Honey are Acacia Honey and Wildflower Honey. Acacia honey has a light amber color coming from the acacia tree sap used to make it. It is more expensive than wildflower honey, which has a lighter shade from using various flowers as its nectar source.
There are other main types of Honey: Clover, orange blossom, wildflower, and buckwheat.

Clover is the most typical kind of Honey in the world. Beekeepers make it from the nectar collected from bees’ flowers in fields and meadows. You may see Clover in different colors depending on the flowers the bees collect nectar, like red Clover or White Clover.

Orange Blossom Honey comes from oranges trees, and this type of Honey has a tangy citrus flavor. The orange tree flowers blossom in the spring giving honey bees a significant early food source after a winter of living without stored Honey.

Wildflower honey may also be called raw Honey, derived from wild plants. It is extracted from hives and spread over a cloth made of nylon to ensure no impurities or dead bees.

Buckwheat Honey is a nutritious sweetener made from bee pollen from buckwheat flowers. It has very few flowers, making it hard for bees to collect the nectar.

How Long Can Honey Last Without Spoiling?

Honey is a natural, edible sweetener and food preservative. A lot of people eat Honey for its health benefits. Its expiration date also depends on the quality of the honey production.

Honey will spoil when contaminated by bacteria, yeast, or mold. The rate of spoilage depends on the type of Honey and temperature. Generally, Honey can last for a long time without spoiling if stored at room temperature or in a cool place.

Are the honey bees the only insects that make Honey?

We indeed love to eat Honey, but did you know that bees are not the only insects that make Honey. Many other animals and insects, such as wasps and ants, make Honey. Sugar factories have abused insects for centuries. “Is honey vegan?” A question we often hear from people addressed to the vegan community. Their answer will always be negative since this industry harms bees. 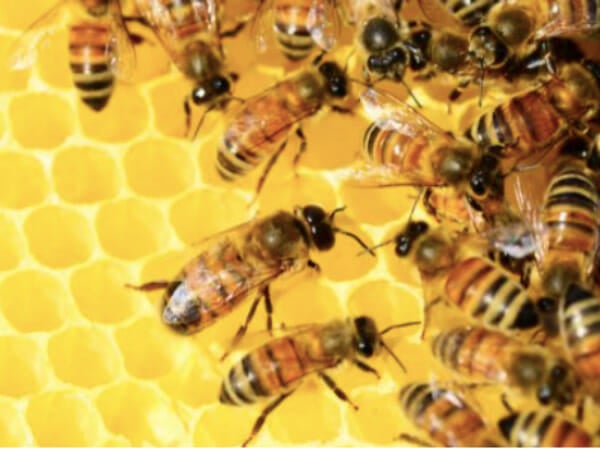 Many people mistake Honey for vegan because it is a natural substance created by bees from the nectar of flowers. People love to eat Honey because it’s a sweet syrup that contains nutrients and minerals suitable for a person. Many cultures have used Honey as a traditional medicine for centuries, dating back to ancient Egypt, Greece, and Rome. It is one of the oldest human-consumed food in history!

However, vegans refrain from eating Honey. It is a kind of animal exploitation. Wild bees gather pollen, collect nectar, and place it in the hive to create their Honey. Honey bees spend the summer and spring producing Honey to be prepared for winter since they cannot go out when it is too cold or if there are no flowers. The colony of honey bees inside a hive includes 10,000 worker bees, and the honey bee consumes Honey when there are no flowers or it is too cold. The bees live because of Honey, and they will starve if there is not enough Honey. Removing Honey will directly impact the hive’s well-being since it is where the bees get their energy to survive in their wild habitats.

Vegans avoid Honey at all costs. It is the same as eating eggs, a product of chickens, and milk from cows. Producers don’t make these products for humans. The vegan society does not conform to the honey industry because it is one of the reasons for bee extinction. They do not consider honey vegan because if there is an extinction of other bees due to commercial beekeeping, that will create an imbalance in the earth. After all, plants depend on pollinators. And, people depend on plants.

There will be a significant impact if bees go extinct. It will also affect the ecosystem and the natural food chain. 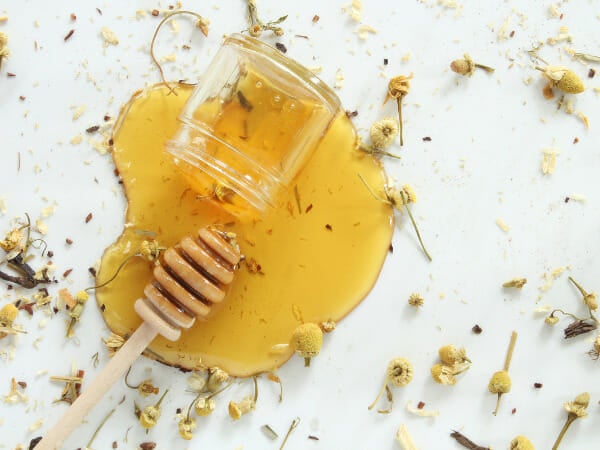 Even if Honey is the healthiest food on the planet, there is no way for the vegan community to accept it as a sugar substitute. Here are some of the reasons why vegans cannot eat Honey.

Vegans care about animal welfare, and they cannot eat Honey because beekeepers abuse the bees in the honey-making process.

The honey production process is far from ideal. Bees undergo genetic manipulation, smoke out the hives, and remove the bee’s legs and wings because they are removed from the way so that people can steal their Honey.

Commercial beekeeping includes inhumane methods to ensure that most commercial beekeepers harvest production quotas. They usually cut off the Queen bee’s wings so that she will not leave the colony. Beekeepers kill drones to get semen to inseminate the Queen and increase the population of the bees.

Royal Jelly, a liquid similar to gelatine, is ripped from the glands of the queen honey bees. These are popular in cosmetics and are considered the most cruelly produced product by honey bees. They treat the Queen bee as a royal jelly factory.

Vegans do not support this kind of factory farming. Forcing bees to gather bee pollen and collect nectar from a single food crop will only give them one nutrient source, resulting in poor health. It is vital to have diversity in food crops for them to get the nutrients and decrease the death of bee colonies. Monoculture farming is like factory farming of bee products while risking the health and immune system of the honey bees. They do not have the essential nutrients to survive. Also, the beekeepers did not provide a nourishing diet, even sugar water, for the colonies to keep up.

3. Wild bees are transported to distant places to pollinate and produce Honey.

Local beekeepers transport most honey bees around the country to pollinate almond trees and avocado plants. The migration led by commercial beekeepers kills the insects and continually boomerangs honeybees between times of starvation.

What can be considered a sugar alternative for a Vegan? 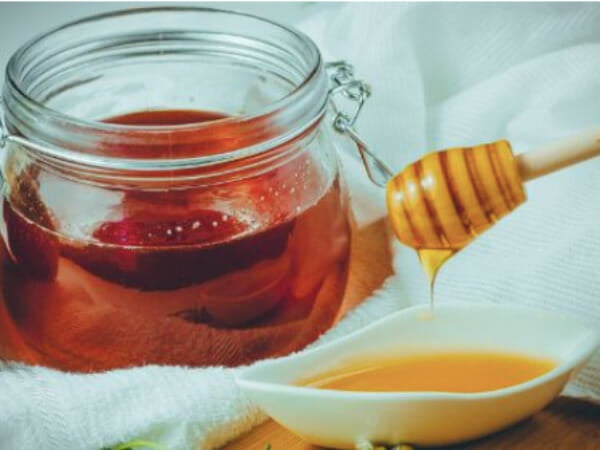 Are you looking for plant-based sweeteners to place in your vegan diet? There are a lot of honey alternatives in the market today. We listed down the sweeteners perfect for your delicious vegan options:

Maple syrup is the best replacement for Honey. Bees do not make it, but it is usually from xylem sap of sugar maple, red, or black maple tree. Honey is richer in Vitamin B3, B5, B6, and C., While; Maple syrup is higher in Vitamin B1 and B2. It also contains more calcium, magnesium, potassium, and zinc. The vegan society highly recommends this as one of the honey alternatives.

Agave nectar, also called agave syrup, is a plant-based sweetener with a neutral flavor to Honey. It is one of the vegan alternatives for sugar because you can use it equally. Agave is also sweeter than Honey, making it preferable for the sweet tooth. If you want to eat Honey but can’t because you are vegan, Agave Nectar is the perfect syrup.

The highly nutritious plant-based sweetener was from coconut nectar, the sap collected from the blossom of a coconut palm tree. Coconut sugar is rich in Amino Acids, B Vitamins, Inositol, Vitamin C, and Potassium. It is also perfect for lowering honey consumption.

Brown rice syrup is a gluten-free plant-based sweetener and a vegan liquid substitute for Honey.

Bees do not make it. It came from brown rice. The production process of brown rice syrup includes exposing cooked rice to enzymes, resulting in starches breaking down and turning into
sugar.

Date syrup is a plant-based sweetener made from organic dates. Unlike Honey, the bees do not create it. It contains many minerals, vitamins, antioxidants, and amino acids. A tablespoon of this sweetener has more than twice the potassium, calcium, and magnesium compared to Honey or maple syrup.

Industrially Processed Corn Syrup is an alternative sweetener to Honey. Bees make Honey, while this syrup comes from corn starch.

This syrup enhances the flavor of the foods and beverages.

You may create a delicious vegan honey recipe by reducing sugar syrup and apple juice to create a thick consistency. Then it is flavored with chamomile tea bags to make the flavor more like Honey. It tastes like Honey without exploiting bees.

All you need is five to six medium apples, half a cup of water, one tablespoon of Lemon juice, one cup of Raw Sugar, and two chamomile tea bags.

Here are the steps on how to make vegan Honey:

After doing all the processes above, you may enjoy aromatic vegan Honey. It is a good alternative if you want to eat Honey and are unable to because you care about the welfare of the bees.

The question if vegans eat Honey may linger in our minds, it is a very confusing matter. But, many vegetarians do not eat Honey because they want to stick with their principles and avoid animal exploitation to produce Honey. There are a lot of vegan sweetener alternatives to choose from to replace Honey which is also considered a healthy option. You can also create your vegan Honey, which will not hurt the bees. Enjoy being vegan without sacrificing the food you want to eat because there are a lot of vegan alternatives.