The first round of the Eastern Conference playoffs has a lot of different matchups. It is hard to predict some of these games. The battle between the Boston Celtics and the Brooklyn Nets is going to be a very tight one.

The Atlanta Hawks and the New York Knicks are going to be a nail-biter too. So who will win the Eastern Conference playoffs this season?

We have our predictions and explanations to go with them. This excitement and suspense are going to separate the boys from the men.

How do the NBA playoffs Work? 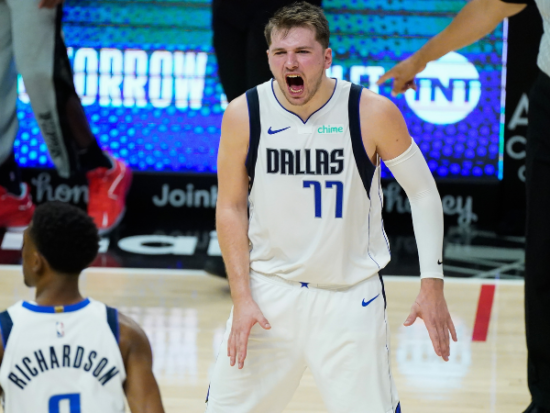 Los Angeles, California, USA; Dallas Mavericks guard Luka Doncic (77) reacts in the closing second of the Mavericks win over the LA Clippers in game two of the first round of the 2021 NBA Playoffs at Staples Center. Mandatory Credit: Robert Hanashiro-USA TODAY Sports

This season the NBA playoffs have a new and exciting format. There are play-in tournament games for the teams that are on the cusp of being eliminated. This is supposed to entice fans and bring excitement to the league.

The play-in tournament has 4 teams at each conference. These teams are ranked 7 to 10. The 7 and 8 ranked teams play one game, and that winner will be number 7. Then the loser will play the winner of the 9 and 10 ranked games.

The winner will be ranked 8 in the standings. The 9th and 10th ranked teams have to win two games to advance and be ranked number 8. The play-in games will pull more fans into the NBA to cheer on teams that would not have a chance otherwise.

Who will win the Eastern Conference 2021? 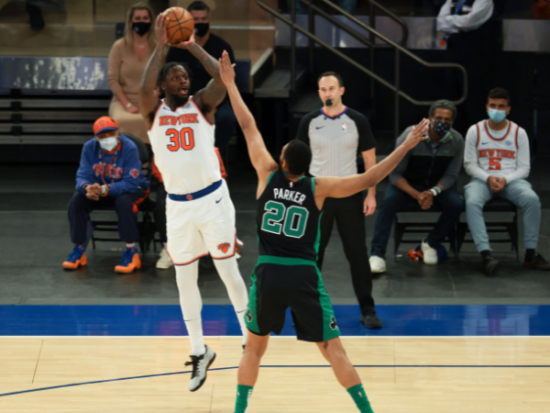 Round 1 of the Eastern Conference playoffs could bring some upsets in the game. The East starts with the Miami Heat and the Milwaukee Bucks. The Bucks are out for blood against Jimmy Butler and the Heat.

After this game, the Boston Celtics and the Brooklyn Nets are going to be exciting. However, many fans and sports analysts believe this will be one-sided.

The Miami Heat vs. Milwaukee Bucks prediction is that Miami will again win this series, and the Bucks won’t know what hit them. The Heat have devised a plan for upsetting the Bucks.

The Heat have several great three-point shooters, and the Bucks are not good at defending them. The Atlanta Hawks play the New York Knicks in their first playoff games.

Trae Young will be very vital in the Hawks winning this series. Julius Randle has improved leaps and bounds as well. However, if Young is on point, the Hawks may be unstoppable.

It is predicted that Young will prevail and the Hawks will advance. The defense will play a huge role in the winner. In this series, both teams have won one game each. The latest score was 101-92, in favor of the Knicks.

Amid Madison Square Garden’s chants and boos, Trae Young still has a smile on his face and is happy to see that the fans are back in the seats. Even when the fans booed him, Young said he would see them in Atlanta and smiled.

Both of these teams want to go to the Eastern Conference finals, and they are motivated to do what they can to get there. 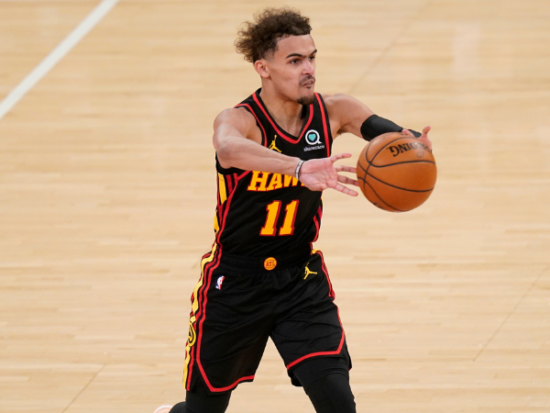 The Boston Celtics and Brooklyn Nets games are going to be exciting. The fans and analysts believe that the Nets will sweep the Celtics. They will take the series to six games. As of tonight, the Nets are winning this series 2-0.

James Harden will be the best player for the Nets during the playoffs. He would love to make it to the NBA finals this season. Look for a triple-double from Harden. In the opening game against the Celtics, the Nets won 130-108.

With James Harden, Kyrie Irving, and Kevin Durant, there’s not any way Jayson Tatum can take them on alone. He has to have more support.

Jayson Tatum, however, did score a career-high of 50 points against the Wizards, so there may be a chance the Celtics could prove analysts wrong.

The Washington Wizards and the Philadelphia 76ers will more than likely go to seven games in their series. The Wizards were in doubt to get in the playoffs this season. They finished the regular season looking mediocre at best.

The 76ers, however, have a lot of strength in their roster. This series could be tricky and maybe even upsetting. There are many talented players on these two teams, and this one will be decided in five games from predictions.

Here is a preview of how we feel the Western Conference teams will do in the playoffs. The Golden State Warriors will hold their own obviously against any team they match up with.

The Portland Trail Blazers will be underdogs in their series against the Los Angeles Lakers. The Lakers had the best defense this season, also have the strength and size to win in five games.

The LA Clippers are an excellent three-point shooting team to go far in the playoffs this season.

It’s that time of year for the NBA Playoffs. The teams are ready, the stakes are high, and the bets are in place. Who will take the title of the conference champs this season? It is hard to tell as of right now who wants the title more.

Plagued by injuries, many of these teams simply hope to be healthy and stay that way until their season ends.

If all these teams are healthy, we can see some really exciting and dramatic basketball this playoff.