Are you looking forward to a weekend of binging the best Prime movies on Amazon? Get your favorite snacks ready. There are so many good lineups that have been recently added to your favorite streaming service. With Amazon Prime’s vast library of movies and TV shows, you’ll have a hard time choosing which one to play first.

Fret not. There are one or two or five movies in Amazon’s catalog that will pique your interest. Take your pick from tragic love story period dramas, absurd sci-fi, real-life true story documentaries, chilling horror films, and many more genres. But if you’re still finding it hard to choose, read on to know the latest available movies on Amazon Prime Video.

Latest movies out this year 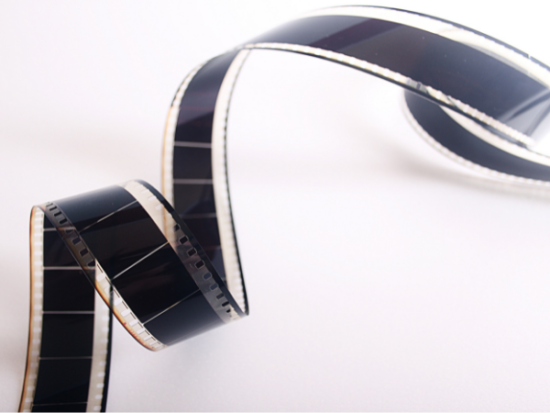 Despite the global pandemic that has caused thousands of cinema houses to close, temporarily or permanently, all over the world, the movie industry is picking its pace back up again after slowing down most of last year. Film companies have made plans to release movies on exclusive platforms to make up for lost sales in the box office.

Early on in the year, movies have been premiering left and right on popular streaming services like Amazon Prime. Zack Snyder’s Justice League made headlines when it premiered last month. But the best is yet to come as the second half of the year looks even more promising with its lineups of star-studded movies.

Streaming services are top-rated nowadays as people continue to live out a new normal with work-from-home and online school setups. These films serve as a good distraction from all of the worldwide woes everyone is facing. If you’re looking to watch something interesting, check out some of the most popular Prime movies now. 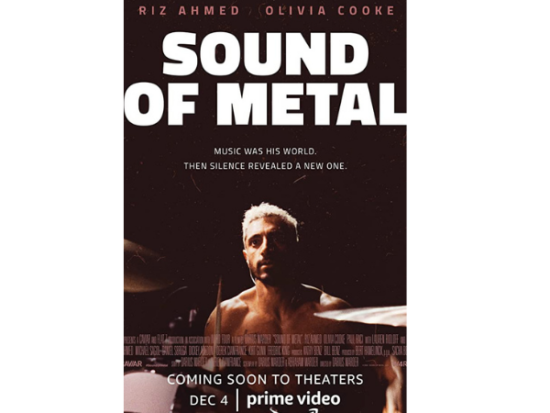 An Amazon original, this movie starring Riz Ahmed, is about a metal drummer who loses his hearing and has to live with his new reality. The story is poignant and would appeal to your empathy about the facts of the differently-abled. Directed by Darius Mader, Sound of Metal is a story of overcoming some of life’s greatest adversities as best as humanly possible.

One Night in Miami is a historical drama that plays on the events of the meeting of Malcolm X, Muhammad Ali, Sam Cooke, and Jim Brown in a quiet Florida hotel room. Directed by Regina King, this film is centered on celebrating the lives and legacy of the Black men who paved the way for their community during the Civil Rights movement. 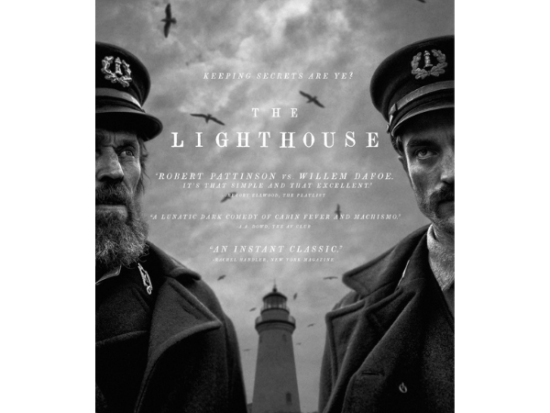 One of the most critically-acclaimed movies during its time of release, The Lighthouse cemented A24’s horror brand. The movie is bizarre and unique, to say the least, as it tells the tale of two men driven to madness on a tiny island with a lighthouse.

Starring Robert Pattinson and Willem Dafoe, Robert Eggers’ debut film have since been part of many cinephile’s favorites since its premiere.

Practically a cult favorite, E.T. is now almost 40 years old. Directed by multi-awarded screenwriter and producer Steven Spielberg, the movie is a family sci-fi adventure that is sure to entertain audiences of all ages. The story revolves around a young man who befriends a space alien that landed in his backyard. The two work together to send E.T. back home and sets out for an adventure of a lifetime. 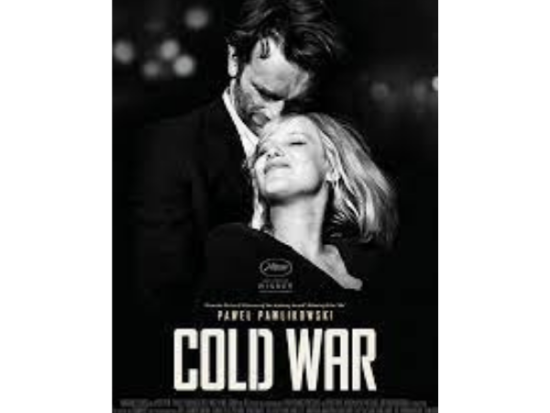 Set in the 1950s during Poland’s Cold War, two people from different backgrounds fall in love. Their almost impossible romance is filled with tension, passion, and almost-doomed vibes. Directed by Paweł Pawlikowski, the movie is filled with a breathtaking visual aesthetic that fully immerses its viewers.

Also, another classic film, Back to the Future, has amassed millions of fans since its release over 30 years ago. It is a family-friendly sci-fi adventure about a high school student, Marty McFly, and his best friend, an eccentric scientist, Dr. Emmett Brown.

They travel in a time machine, land in the 1950s, and have to make sure Marty’s presence doesn’t prevent his parents from falling in love. Robert Zemeckis directs the film. 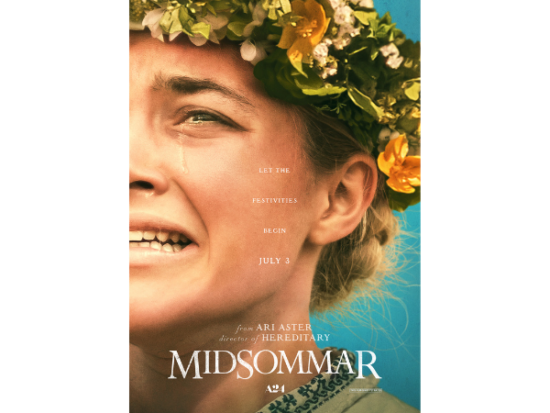 Up-and-coming filmmaker Ari Aster brings a folk horror that has tickled the fancy of many horror buffs since its release. Midsommar stars Florence Pugh who goes on a journey abroad with her boyfriend and his friends. She unwittingly finds herself in the middle of a terrifying pagan ritual. The movie packs Aster’s unusual but gorgeous plotline mixed with pitch-black comedy.

Already a beloved video game character, Sonic the Hedgehog made many fans anxious about its adaptation into film. The film stars big names like James Marsden and Jim Carrey, so expectations were already high before its premiere.

The film first received backlash for Sonic’s initial CGI design, but the production team soon rectified this, and the movie was premiered with success. It is perfect for family movie nights or a feel-good movie for the weekend. 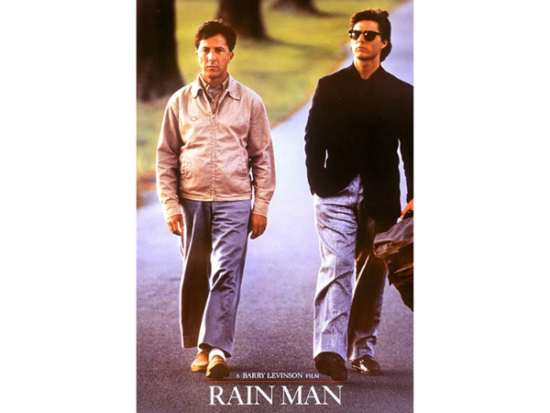 One of the best movies of the ‘80, Rain Man won Best Picture for that year’s Academy Awards. Directed by Barry Levinson and starring Tom Cruise and Dustin Hoffman, the movie is about two brothers meeting for the first time after their father dies. Hoffman plays the autistic older brother who ends up on a cross-country road trip with Cruise to change both their lives forever.

Written and Directed by Lulu Wang, The Farewell is based on Wang’s real-life experiences. The story is about Billi, a young Chinese-American woman played by Awkwafina who goes back to China after learning of her grandmother’s terminal cancer diagnosis. Throughout the movie, the audience is immersed in rich Chinese culture and a rich, emotional story.

At the forefront of Marvel’s huge, mega-blockbuster success, The Avengers kick-started a new era for superhero movies. It starred all of Marvel’s heroes, including Chris Evans, Robert Downey Jr., Mark Ruffalo, Scarlett Johansson, Chris Hemsworth, Jeremy Renner, and Samuel L. Jackson. They would reprise his role of Nick Fury in the decade following the premiere of this movie. Fans of comics and superheroes were overjoyed to see this daring cross-over make it to the big screen.

Kumail Nanjiani and Emily V. Gordon’s real-life love story inspired this delightful rom-com. The film stars Nanjiani as himself and Zoe Kazan as Emily Gordon. An unlikely meet-cute, clashing family cultures, and a mysterious illness all threaten they are happily ever after. This results in a story full of wit, charm, a pinch of chaos, and plenty of heart.

How do you watch movies on Amazon Prime?

Note that while Amazon Prime has thousands of movies and shows available for streaming, some of the ones you’re looking for may not be included in the library. The reason may be that it is not available in your country, or the movie can only be watched on another exclusive platform. You can watch the best movies on Prime using mobile devices or connect them to your television.

Is Amazon Prime available in my country? 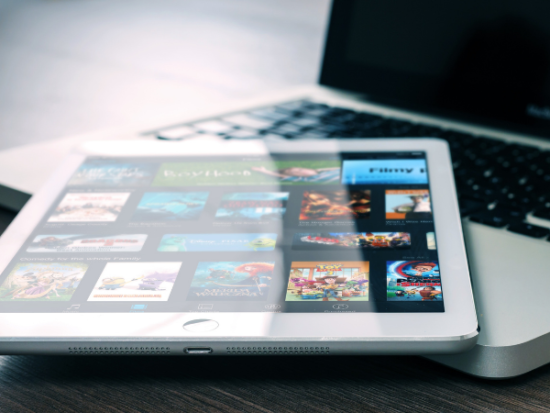 Amazon Prime Video is now available to users in more than 200 countries. However, some content may vary according to the restrictions of some regions. According to Amazon’s website, you can still access your Prime account even if you are traveling abroad.

While traveling or moving to another region or country, an option of “Watch While Abroad” will be available to eligible Prime members. Note that this option will only stream Amazon Originals. The rest of the library’s availability will still vary according to your current location.

As presented in this list, the best Prime movies span decades and genres. The wide range of available films for you to stream is practically endless, but if you’ve been aimlessly scrolling for the past ten minutes, why not try something from this list? What’s more, these movies have been generally of admiration by audiences and film critics. Even then, see for yourself if you find any of them interesting.