Do you want to know the best movies since 2010? No one can argue. It has been an exciting decade. However, through this past decade, we have had some great and unique films released.

We saw a lot of superhero movies. We noticed some musicals. There were many animated films, indie movies, and more. 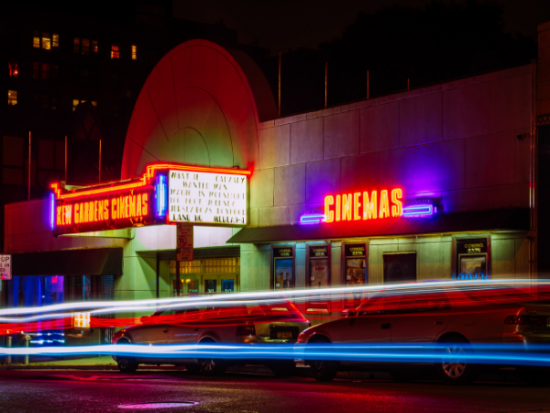 It has been a great decade for movies. In the past ten years, we have seen some exciting movies. We have put out a list of our best films of the decade. We picked ten movies that are the top choices.

Please take a look at the ten best movies since 2010 and tell us what you think. The film of the 2010s might surprise you. 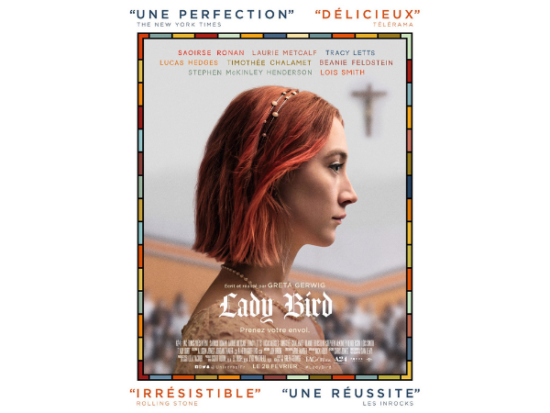 Lady Bird is about a high school senior who Saoirse Ronan plays. She lives in Sacramento, California, in the burbs, and she is over it. She wants to go to New York and become an artist.

This is Greta Gerwig’s directorial debut and is centered around herself in a way. Lady Bird McPherson is a Catholic school girl who is on a journey to find herself. She wants to be a unique individual. This is an excellent coming of age movie that anyone will enjoy.

This movie was nominated for an Oscar, so it must be good, right? Of course, we loved the fourth of the Mad Max series of films.

This is one of the best action movies, hands down, of this decade. Tom Hardy plays Max, along with Charlize Theron as Imperator Furiosa. In this film, the two are trying to save the women who are picked for breeding, or “the wives,” as they are called in this movie.

The movie itself takes place during one intense action sequence. It is incredible how George Miller made this movie using 3,500 storyboards and 480 hours of raw footage. He had issues with recasting, locations, and other film problems but overcame them to put out this fantastic movie. 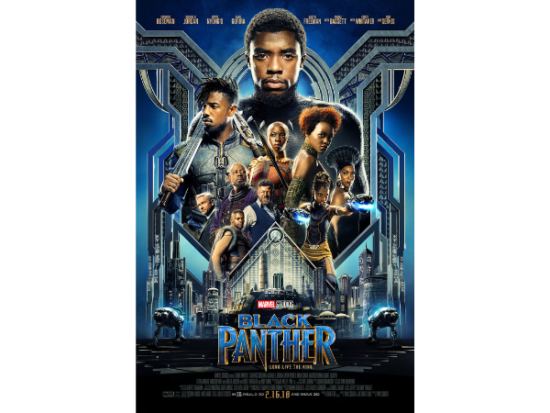 Black Panther is based on the comic book and is another Marvel hit. It is set in an Afro-futuristic area, and it is simply excellent as a film itself. Marvel’s first black superhero movie made history by being the first Marvel movie nominated for Best Picture at the Oscars.

Black Panther is one of the most fantastic superhero best movies since 2010 the decade and all time. It has become a blockbuster hit.

Chadwick Boseman does a fantastic job in this film and will be remembered for decades to come. Marvel did a great job with casting and how they opened up many doors for African American superheroes.

Joaquin Phoenix plays a compassionate and heartbroken man in this film. It is a science fiction movie with a slight twist to it.

Spike Jonze made this romance movie, and some people found it strange. Her stars Scarlett Johannson, who is an operating system. Phoenix ends up falling in love with this computer.

In the age of social media, Spike Jonze made a movie that will last a lifetime. Artificial intelligence is here and going nowhere. The is a time when people love Instagram, and some people are really in love with computers. 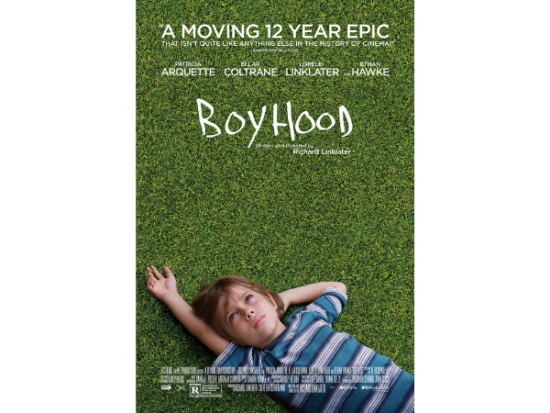 Richard Linklater, who made Dazed and Confused, brings us Boyhood. This movie happened to take place over 12 years.

Linklater filmed a young man (Ellar Coltrane) every year from ages 6 to 18. His character was living between divorced parents in Texas. Ethan Hawke and Patricia Arquette play his parents.

Richard Linklater shows in this coming-of-age movie the effects of seeing Ellar go from being a boy and simply daydreaming to becoming a young man in college.

It is like looking in a photo album, but on fast forward. It is about American adolescence and moments of different memories. To parents, it shows how fast kids do grow up.

This is by far Linklater’s best film yet. It almost did not happen too. This film won the Golden Globes and an Oscar for Best Supporting Actress in 2014.

Boyhood lost the Best Picture Oscar to Birdman. No matter what, this movie is one that you will enjoy, especially after learning about its history.

This is one of another Coen brother’s genus films to come out. Llewyn Davis is very unkempt. His hair is all over the place, his beard is a mess, and he is not a very happy chap.

He plays blues on his guitar and its 1961, in New York City. Oscar Isaac plays Davis, who did his singing in this film. The Coen brothers made this fantastic film that is one of their best yet. It is a must-see. 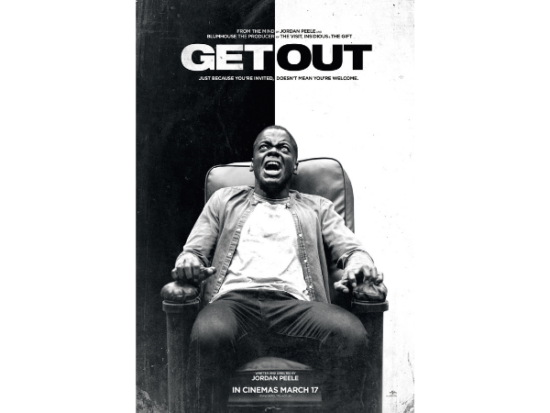 Jordan Peele is known mainly for sketch comedy, but this movie is the opposite of that. This is his debut feature, and it is a tribute to 70s and 80s social horror.

This has a dark twist and is about Chris and his girlfriend, Rise. Chris is visiting his new girlfriend and her family. However, the parents are white, and you will never guess what happens during their meeting. This movie is such a great classic and one to watch.

La La Land was released in 2016, and it is a romantic musical comedy-drama. Ryan Gosling plays a jazz pianist, and Emma Stone plays a wants to want to be an actress.

The two meet and fall in love in Los Angeles. La La Land was shown at the Venice Film Festival and was widely acclaimed by critics. Ryan Gosling and Emma Stone have stunning performances, the musical score is impressive, and the film itself is glorious.

Even if you are not a fan of musicals, this is one film that you should see.

What can all be said about this movie? It is a film that set up the decade with these best movies since 2010 and social media narratives. Aaron Sorkin wrote the script, and Jesse Eisenberg was cast in his best roles yet.

This movie describes how Facebook began and what all happened to get it where it is today. Trent Reznor, of Nine Inch Nails fame and Atticus Ross, composed an unbelievable score for this film.

As we see Mark Zukerberg’s journey in designing Facebook and how it all began, this movie does not disappoint. 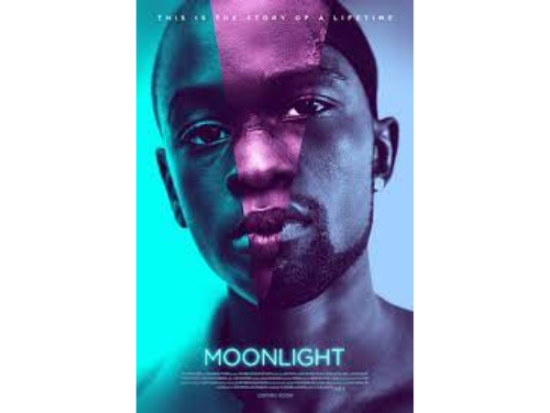 This is a film by Barry Jenkins. It is an adaptation of a play called “In Moonlight Black Boys Look Blue.” This film is something that many people did not expect from Jenkins.

This movie is about a young boy in Florida and his journey into manhood. There are three specific periods featured, also with three different actors. The young boy is an African American that comes into his own, but painfully.

Each character in this film has many dimensions. The boy’s mother is a drug addict, and the neighborhood drug dealer is a deep character. The filming of this movie is beautiful as well. Mahershala Ali is terrific in this film as well. He shines on the screen and is a beautiful part of this movie.

There is not much about this film that is not amazing. Jenkins takes viewers on a journey of growing up and becoming the person they are today. If you haven’t seen this movie, it is a must on our list.

To sum it all up, when thinking about the last decade, it is hard to grasp that some of these movies were just a few years ago.

Some of these best movies since 2010 were instant hits, while others have taken some time to draw a fan base. The movies in this list have grossed a lot of money in the box office and rentals and on-demand viewing.

The last decade brought us some exciting movies, such as a musical, that most people did not expect to be on this list or even a classic hit. There are several coming-of-age stories on this list that show us how growing up can be difficult.

As the years fly by, technology has changed, and social media has flooded our lives. This is shown on the list of movies as well. Artificial intelligence may be scary to some, but filmmakers have shown on this list.

The last decade of best movies since 2010 was a great way of showing us how times are changing, and the best thing we should do is roll with the punches. The movies on this list are well worth watching. The stories told in these films can teach us a lot about life and ourselves.