Who are the best NBA players this year and last?

The NBA is full of some of the best athletes in the world. So, who are the best players in 2022? 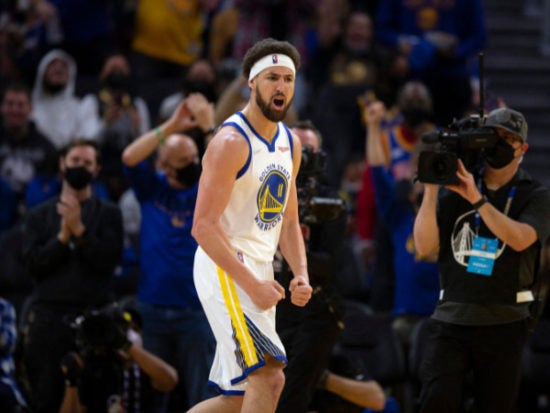 Although Thompson has been out of the courts for quite a long time due to multiple surgeries, his comeback in 2021 was huge. Plus, he still made it to this list. Moreover, if he hasn’t been out for a long break, he’ll surely be on the top 5 of this list. Klay Thompson played college basketball at Washington State University, a two-time first-team all-conference selection in the Pac-10.

The Warriors drafted him with the 11th overall pick in the 2011 NBA draft. In 2015, he helped lead the Warriors to their first NBA championship since 1975. Thompson holds the NBA titles as a three-time All-Star and has been named the All-NBA Second Team twice. He is also a member of the United States men’s national basketball team.

Over his career, he has been named an NBA All-Star nine times, won two Olympic gold medals with Team USA, and led the Clippers to their first playoff victory in 2014. CP3 is a phenomenal player and an even better person; he gives back to the community through his Chris Paul Foundation, which helps disadvantaged kids in New Orleans and Houston. 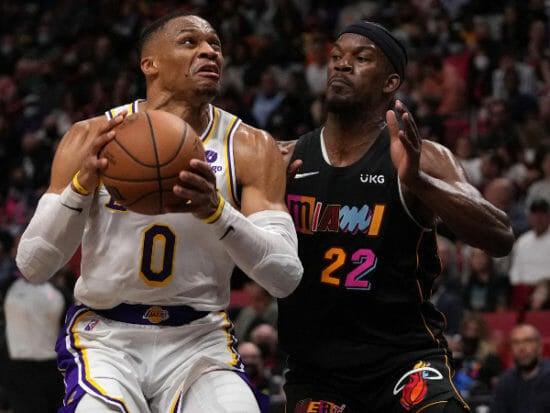 Russell Westbrook is one of the most dynamic players in the NBA. Averaging a triple-double for the season, he has proved that he is a force to be reckoned with on the court. As one of the best NBA players, Westbrook was known for his athleticism and exceptional speed.

Westbrook never fails to entertain fans and pundits alike with his passion and tenacity. Whether dropping jaw-dropping dunks or making game-winning shots, Westbrook always leaves it all out on the floor. However, the question still lies whether he can catch up with Anthony Davis and LeBron James to make it a great team-up.

In 2012, Anthony Davis was drafted first overall by the New Orleans Hornets. He averaged 8.2 rebounds and 13.5 points per game, becoming the youngest player to win Rookie of the Year honors. In 2015, Davis was traded to the Los Angeles Lakers. He has since signed a five-year contract extension with the Lakers worth $145 million.
Davis has considered one of the most dominant players in the NBA and forces both courts ends.

As one of the best players in the NBA, he has a record of shooting 38.3 percent on 3 seconds, 49.6 percent on mid-range jumpers, and 57.1 percent on field goals. Though he has excellent stats, he was never an efficient long-range shooter. His skills are crucial to making the Lakers’ trio with LeBron James and Russell Westbrook successful.

Kawhi Leonard is an amazing basketball player who has had an incredible career so far. He was born in Los Angeles, California, in 1991 and grew up in Riverside, California. He played college basketball for San Diego State University and was drafted by the San Antonio Spurs in 2011.

Kawhi has won two NBA championships with the Spurs and was named MVP of the 2014 NBA Finals. In 2017, he was traded to the Toronto Raptors and helped lead them to their first championship.

Kawhi is a three-time All-Star and two-time Defensive Player of the Year. His time with the Clippers hasn’t gone too far. Considering a torn ACL and the playoff downfall in the last season, he’s missed a notable part of the season. 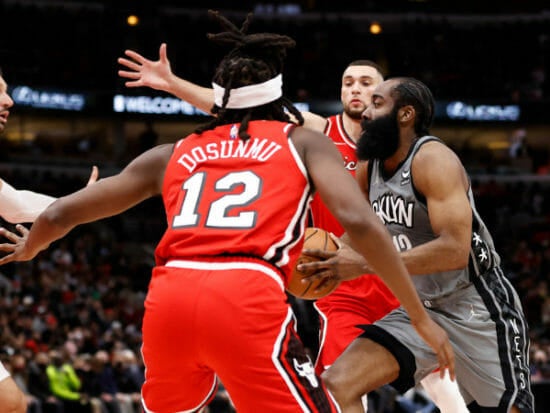 Brooklyn Nets guard James Harden (13) drives to the basket against the Chicago Bulls during the second half at United Center. / Kamil Krzaczynski-USA TODAY Sports

Throughout his career, Harden has been named an NBA All-Star six times, a member of the All-NBA Team four times, and won the MVP award in 2018. He was drafted by the Oklahoma City Thunder in 2009 and was traded to the Houston Rockets in 2012. During the last part of the last season, a hamstring injury bothered Harden’s games in the playoffs. Though this is what occurred, he is undoubtedly the most fierce offensive player in the NBA.

Nikola Jokic is a Serbian professional basketball player for the Denver Nuggets of the National Basketball Association (NBA). He was selected with the 41st overall pick in the 2014 NBA draft by the Nuggets. Standing at 6’10” and weighing 250 pounds, Jokic has been praised for his playmaking, passing, and shooting abilities.

Jokic is a major part of the young core that the Nuggets are building around and is expected to be their franchise player for years to come. In his first season with the Nuggets, he led all rookies in assists and triple-doubles. As of December 2017, he ranks sixth in the NBA in triple-doubles.

As a reigning MVP, Jokic has the same offense as Michael Malone. He has a soft touch, post moves, and Hall of Fame level of speed that can overcome any type of defense. While using the water polo approach on his games is effective, he’s now one of the best NBA players. 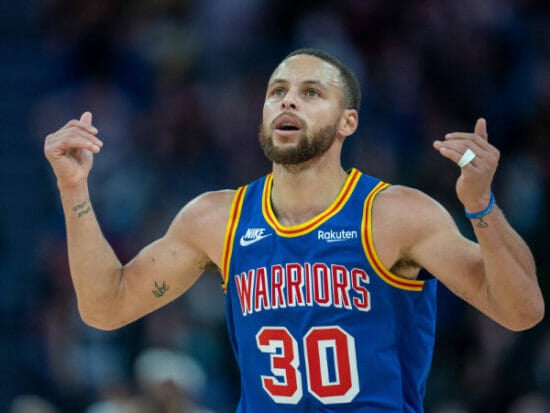 Curry is a two-time NBA MVP, and he has led the Warriors to three championships. He is also shooting 47% from the field and 43% from the 3-point range. Curry is a unique player because of his shooting ability and ball-handling skills. He can shoot from anywhere on the court, and he often pulls up for jump shots even when defenders are closely guarding him.

Curry’s ability to score points quickly makes him a difficult player to defend against. There’s no stopping this NBA star. With his third-place finish in the MVP race and second scoring title, he is undoubtedly the ultimate defense force in the NBA league.

Giannis Antetokounmpo is a superstar in the NBA, and many people wonder if he can take his game to an even higher level. Some have even speculated that he could be the best player in the world one day. While it’s too early to make any definitive statements, Antetokounmpo has certainly been impressive so far this season. He has shown a versatile skill set that makes him dangerous on offense and defense.

If he continues to improve at this rate, there’s no doubt that Antetokounmpo will be one of the most dominant players in the NBA for years to come. While he is one of the strongest players in the league, he’s also one of the best NBA players of this era. Despite having a hyperextended knee, he led the Bucks into winning their first championship in the Eastern Conference finals after 50 years. 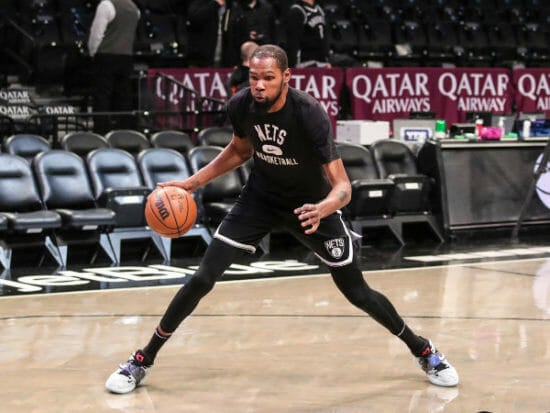 A ten-year veteran in the NBA, Durant has been one of the top scorers in the league for years. Durant has been named MVP of the NBA Finals twice and is a ten-time All-Star. He is also a two-time Olympic gold medalist.

After two years of rest due to his torn Achilles tendon, this big man is again in the game. Starting with their victory over Bucks, he almost single-handedly led the team to win. While Durant has played for Team USA at the Olympics, he has taken the number one spot on this list. Though he is one of the best NBA players, he took the throne of being the number 1.

In conclusion, we have ranked the top 10 NBA players for 2021. This list is based on each player’s current skills and projections for their future development. The NBA is always changing and evolving.

As players retire, new ones come in to take their place. It can be tough to keep track of who the best players are at any given time. We believe that these players will continue to dominate the NBA over the next few years.