Classic horror movies have long been a part of the film industry, almost from the very start. The biggest movie buffs cannot deny the influence of the genre of horror on the general public. The audience does love a good couple of jumpscares, throw in some gore, and add in a few horrifying creatures, and you’ve got yourself a box office hit—some of the time.

Although classic horror movies have inspired thousands of modern films, they are often overlooked and dismissed as nothing but brain-numbing entertainment. They are also often snubbed in film awards and recognitions. But if you are a true horror fan, you might have already watched every movie recommended in this list. Nevertheless, read on below for some of the all-time classic horror movies to watch.

History of Horror as a Film Genre 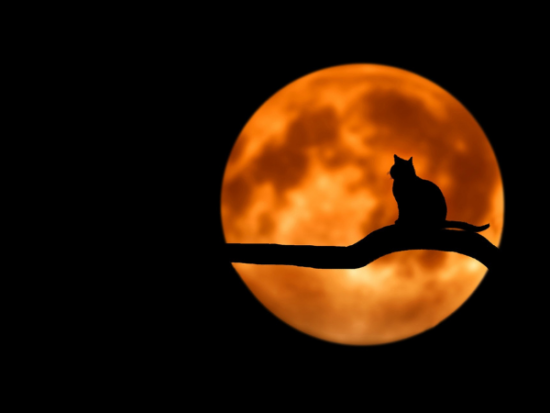 Generally speaking, a horror film is a motion picture that inspires strong emotions from the audience, particularly fear, disgust, dread, and repugnance for entertainment purposes. Additionally, they aim to evoke your worst nightmares as a film watcher and imagine all kinds of dreadful things jumping from your screen onto real life. The horror genre also often overlaps and goes together best with science fiction and film noir.

The following classic horror movies were influenced by German Expressionist cinema, stories with a macabre atmosphere and themes. They used abstract or distorted visuals to express humans’ inner fears and turmoils.

At the beginning of the 1900s, many classic horror movies were made. Given that the genre was relatively new to many viewers, plenty of filmmakers turned to literary classics for their source material. Adaptations were born into the world, starting with films like Dracula, Frankenstein, Dr. Jekyll and Mr. Hyde, and The Werewolf.

These adaptations from text to screen eventually bred whole new genres of films, including supernatural horror movies, slasher films, and many more. 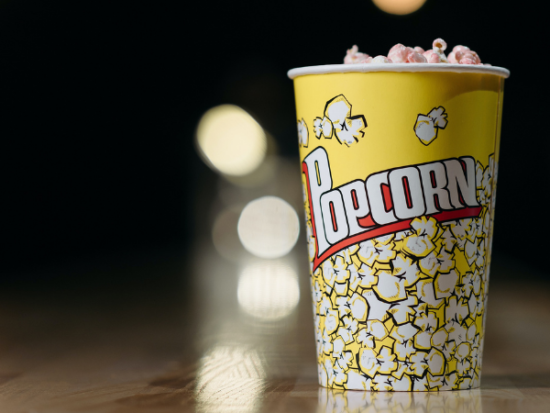 When you hear the word “classic,” you typically associate it with something old, old-fashioned, or dating years back that they often are the source. There are plenty of classic horror movies that have amassed millions of fans worldwide and for many generations.

However, that does not mean modern horror films are something to scoff at. Many scary movies have only come out recently that have the makings of being cult classics.

The horror genre can be a versatile one. Your favorite Halloween movie might not be about a ghost haunting a family but is instead a killer clown that hides in the sewers.

It could not be an explicit monster movie but a psychological thriller that shows more about the horrific things the living can do more than the dead and the supernatural. Check out the list below for some of the all-time classic horror movies.

Jack Torrance (Jack Nicholson) becomes the caretaker of the isolated Overlook Hotel in Colorado among the ultimate classic horror movies. He stays there with his family in hopes of curing his writer’s block, together with his wife Wendy (Shelley Duvall) and their son Danny (Danny Lloyd), who becomes plagued with psychic premonitions.

As the movie progresses, Jack and his family descend into madness as the dark secrets of the hotel slowly come to light. 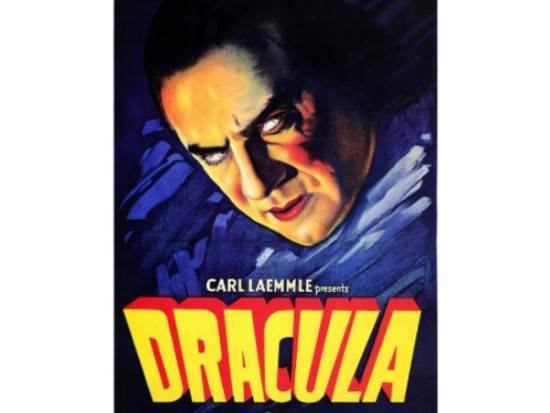 The two travel together to London and move to live inside an old castle. Soon, Dracula wreaks havoc on the city as he feeds on young women and turns them into vampires until he targets the daughter of a doctor and vampire hunter Van Helsing.

One of the most popular zombie films in recent years, Train to Busan, is more than your typical zombie apocalypse film. When the virus starts spreading in the city, a young father (Gong Yoo) boards a South Korean bullet train with his daughter (Kim Su An).

It eventually makes its way inside the train, and the commuters must fight for their survival. Even with a semi-predictable ending, the movie is still a classic for its typical zombie gore and the story of familial love. 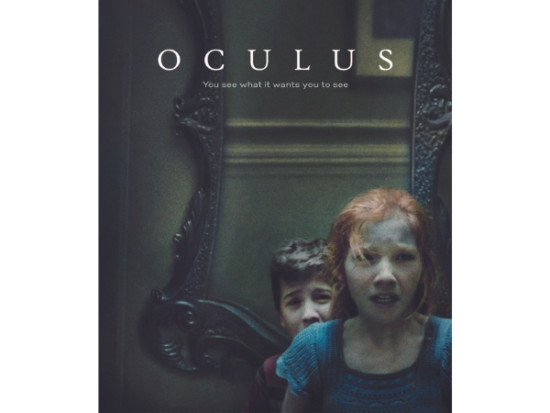 Siblings Kaylie (Karen Gillan) and Tim (Brenton Thwaites) are still reeling from the violent deaths of their parents ten years prior. The two are trying to rebuild their relationship as they struggle to become under the same roof daily.

Kaylie suspects that the antique mirror in their house called the Lasser Glass is responsible for their parents’ tragedy. Something malevolent infects the minds of whoever looks into it, and the siblings are about to have their turn.

Some years later, Henry rebuilt a wax museum of his own. Art student Sue Allen (Phyllis Kirk) suspects something is amiss when several corpses vanish from the city morgue while Henry’s new sculptures are displayed. 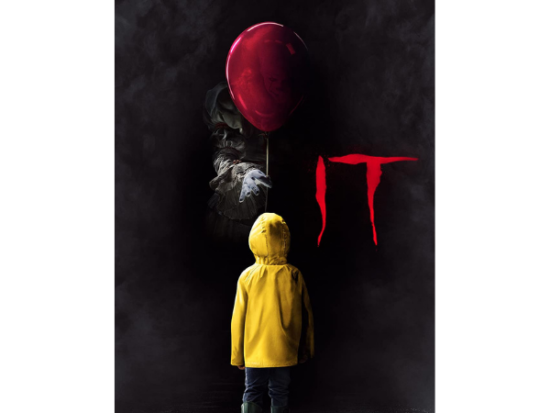 Some people fear monsters, while others are horrified by clowns. This Stephen King classic has both — an evil clown who terrorizes the town by abducting children into his lair down the sewers every 27 years. Seven young children from Derry, Maine, are Pennywise, the clown’s next target.

They are about to face a force of evil throughout a horrifying summer. There are no summer camps for these kids, and it’s a struggle against a killer clown and their demons.

Considered one of the pillars for movies about demonic possessions, Linda Blair stars as Regan, a young woman who starts acting odd around her family. She starts levitating, speaking in different tongues, much to her mother’s dismay (Ellen Burstyn).

Enter the local priest (Jason Miller), who thinks The devil possesses Regan. He performs an exorcism. The classic horror movie’s best scare factor? The events are loosely based on real life. 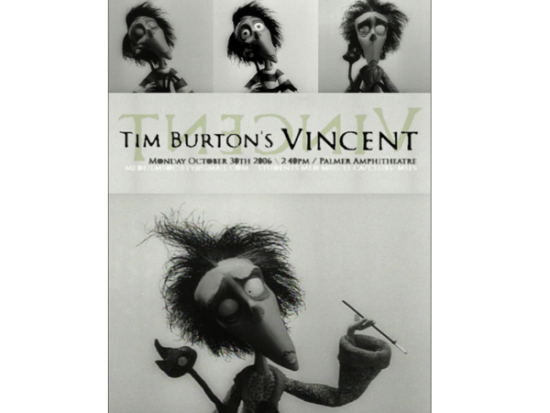 Tim Burton tries his hand at a German Expressionist movie with this short animated film. Vincent Malloy is a 7-year-old boy who worships the actor Vincent Price (film narrator).

He pretends to be like the actor and does macabre things to his dog Abercrombie, turning it into a zombie dog. When reading Edgar Allan Poe’s poems, he loses himself and detaches himself from reality, slowly descending into madness.

Jordan Peele’s second film is just as unsettling as his first. Adelaide Wilson (Lupita Nyong’o) returns to her childhood home with her husband and two children, and Adelaide begins to worry that something bad will happen.

One night, four masked strangers break into the vacation house and terrorize the family. They are horrified to discover that the masked strangers are all wearing their faces underneath, and they’re about to find out. 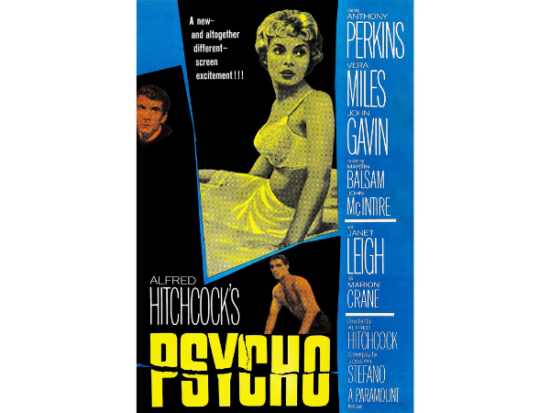 The infamous shower scene in classic horror movies was pioneered by this film starring Janet Leigh, Marion Crane. After stealing a huge sum of money from her employer to get away from her boyfriend, Sam Loomis (John Gavin), she stops by Bates Motel for the night.

Unbeknownst to her, the kind but high-strung proprietor Norman Bates (Anthony Perkins), who has a difficult relationship with his mother, keep dark, murderous secrets.

They begin interviewing the townsfolk and gather evidence to prove or disprove the local lore. Over several days, they document everything up until they get lost in the woods and start hearing strange, scary noises. This classic horror movie’s take on serial killers is one where a monstrous creature haunts people and murders them in their dreams. Kristen Parker (Patricia Arquette) hallucinates that her wrists are slashed by dream-stalking monster Freddy Krueger (Robert Englund).

Though the wounds are real, her mother doesn’t believe her story and sends her to a psych ward. She meets teens with the same troubles as her, and they try to find out the truth.

Slasher films are also all-time classic horror movies. This movie redefined summer camp horrors when a group of college students took a trip to Camp Crystal Lake and went missing. The site has a history of murders, but this doesn’t deter camp counselors from setting up camp in the middle of the woods. 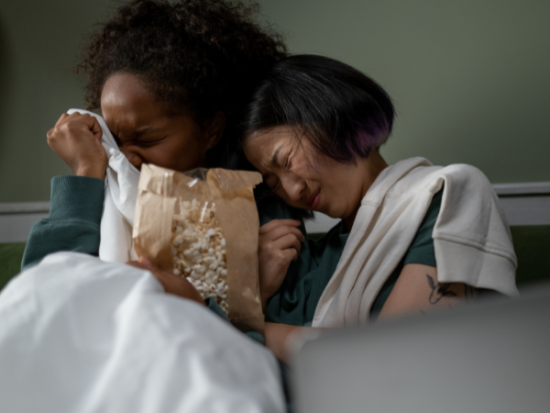 Classic horror movies have endured for over a century because millions of movie fans have supported them and made them into box-office hits. Apart from the twisted entertainment it can provide, it can also often be a good socio-political critique thinkpiece.

Many classic horror movies portray monsters as social outcasts, pariahs, or due to some human experiment or summoning rituals.

Horror films are a good reflection of society and timely issues. For example, with the COVID-19 pandemic in full swing for two years, there have been plenty of movies in the making or have already premiered about viral diseases that eventually lead to the apocalypse.

Apart from that, horror movies are great during sleepovers and family get-togethers, and people find a strange comfort in experiencing the horrific and macabre only through their screens.