Do you need some help finding the best Halloween movies to watch this month? Halloween is the time of year when people dress up in their favorite costumes and go out to enjoy themselves. It can be a lot of fun, but sometimes you just want to stay home with your significant other or friends and watch some movies.

It’s that time of the year again, and you’re looking for a good Halloween movie. Well, we’ve got some suggestions for you! In this post, we’ll give you the best Halloween movies to watch this season. Happy Haunting!

Why are Halloween movies important? 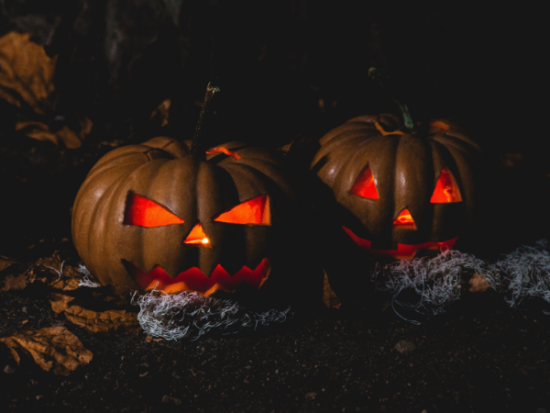 Halloween is a time for fun and mischief. It’s a time to dress up as our favorite characters, eat some delicious candy, and watch horror movies!

But why are Halloween movies so important? Because they teach us new things about the world around us, and they show us what life would be like without any rules or laws–a place where anything goes!

Halloween has been celebrated in America for centuries now, but it wasn’t until 1931 that Hollywood released one of its first-ever horror films: Dracula. This movie sparked an interest in vampires, which led to many other vampire-themed movies.

Whether you’re a fan of all things horror or just want to watch something spooky with the family, there are plenty of options for you this Halloween season. Here’s our list of the best Halloween movies to watch. 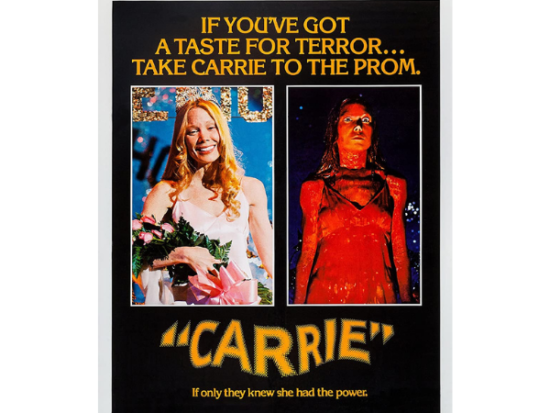 A prom night gone wrong? This Halloween cult classic that’s a Stephen King novel adaptation remains one of the best Halloween movies of all time. Although this Halloween movie is famous for its terrifying prom night, it’s more than just that. To refresh your memories, the story revolves around a shy and bullied teenager.

Aside from the torments she’s getting from fellow students. Her mom is somewhat a deranged ultra-religious mom. While the film starts with a typical high school story, it gets tense when the massacre happens on prom night. Watch out for yourself if you haven’t yet.

Whether it’s Halloween or not, include this family-friendly comedy on your best Halloween movies list. This Halloween’s favorite cast some of the famous names in Hollywood – Sarah Jessica Parker, Bette Midler, and Kathy Najimy. The three played as the Sanderson sisters, and they’re also known as the Massachusetts witches who resurrected on Halloween.

The story revolves around the three sisters as the people in their town hanged them for their crime. But before that transpires, the witches cast a spell that could bring them back alive on a Halloween night. While it’s confirmed that the sequel will come out in fall 2022, the original actresses will play the same role.

3. A Nightmare on Elm Street 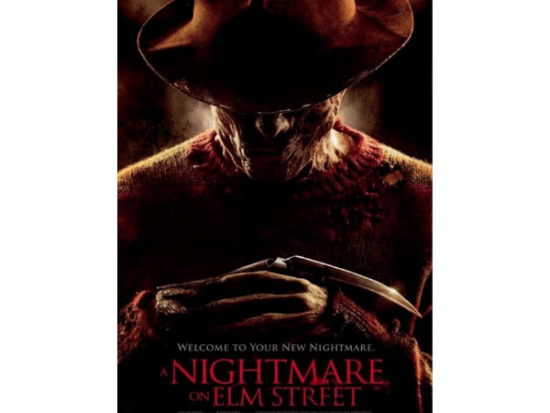 Another Wes Craven masterpiece came out a decade after the blockbuster Scream was released. Craven never fails to haunt you with nightmares, especially with the character in this movie, Freddy Krueger. As Johnny Depp’s first horror movie, the horrific storyline of this best Halloween movie will leave your eyes open until bedtime.

Krueger is a scary mangler who targets teenagers in their dreams then kills them in real life. Nancy (Heather Langenkamp) and her boyfriend Glen (Johnny Depp) begin to suspect the phenomenon. The two were set to unravel the mystery and hope to stop the killings.

A certified must-watch in every home during the Halloween season – the Addams Family movies. Christina Ricci played the role of Wednesday, the daughter of Gomez and Morticia Adams. While most of us grew up to this gothic comedy, the prequel is also something to enjoy watching. With the family’s unique gothic style, to their great jokes and hilarious characters, what’s not to love?

As the missing brother of Gomez Addams suddenly appears, everyone is thrilled but Morticia. She’s suspecting the man is a fraud. Watch out for what comes next.

If you’re up for something with all those Halloween feels but avoiding bloody scenes and total nightmares, this best Halloween movie is for you. You’ll even get light-hearted as you watch! 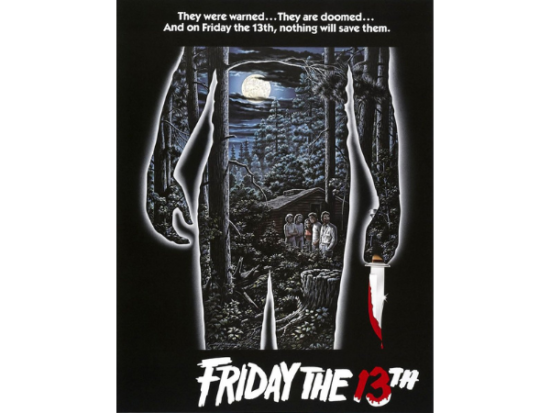 Whether you’ve watched this Warner bros movie or you’ve played its game, both are hair-raising scary. You’ll want to run for your life! The movie was known and famous for the character wearing a hockey mask.

Since the movie’s release, hockey masks weren’t looked at the same way as before. It was usually associated with the Friday, the 13th killer.

While this best Halloween movie could look like a typical teen movie at the start, everything will flip around with the arrival of Jason Voorhees. He appeared on a Friday night, the 13th.

6. The Nightmare Before Christmas

While two holidays are combined in this movie, you can watch this on both occasions. This animated movie will let you revel in both the Halloween spook and the Christmas feels. The King of Halloween, Jack Skellington, accidentally travels into Christmas Town.

While Tim Burton’s brilliant mind can be seen in this movies’ animation, you’ll enjoy Skellington’s journey in Christmastown. As he arrives in the colorful and warm-spirited town, he’ll find ways to have Christmas under his control. This is where the adventure begins. 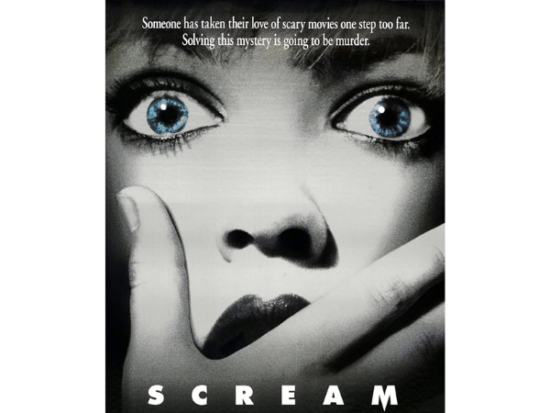 While this can be a bit cheeky for some horror fanatics, the clever premise of the storyline will keep you holding on to your seats. This scary and black comedy film includes some of the famous stars like Drew Barrymore and Courtney Cox.

This fan-favorite best Halloween movie hit revolves around the killer who had seen a lot of scary movies. He stalks the victims, leaves them with trivia questions then kills them.

No need for further explanations on the title as well. It’s for Halloween, and Jamie Lee Curtis stars in this psychotic and scary movie. The story follows Michael Myers, a young boy who has a mental health condition who brutally killed his sister.

He was locked away for 15 years. However, on Oc. 30, Myers escaped while being transferred for a court date. He returns to his hometown and starts searching for his next victims. You better watch this best Halloween movie’s prequel first before jumping onto the sequel. 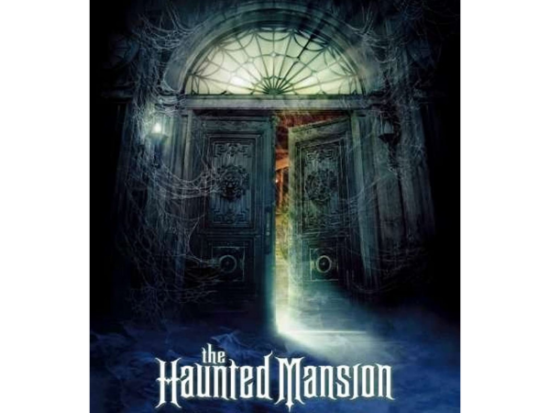 While Disney is a pro in everything they whisk up, they never fail to balance this movie with its spookiness and comedy. With Eddie Murphy as the lead, he brilliantly mixed the spooky story with his comedic acts.

Because of mistaken identity, his family got trapped in a haunted house. Three unfulfilled souls haunt the mansion – Master Gracey, his butler, and two servants. They need a living person’s help in breaking some kind of curse. Though this best Halloween movie is family-friendly, it can be a little scary for your little ones.

While all the horror movie fanatics must have watched all the exorcist movies out there, going back to where it all began is like history. Just like the usual ‘exorcist’ plots, this movie is about a demon-possessed young girl. While her mother makes attempts to save her, the horrendous details follow through.

The eerie atmosphere of this movie, combined with impressive special effects, made the movie one of the best Halloween movies of all time. 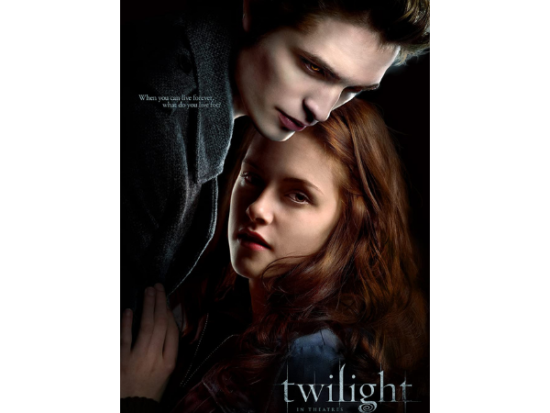 If you’re feeling into a vampire movie this Halloween, watch this love and adventure-invoked movie. While you’ll enjoy binge-watching Twilight as it has sequels, you’ll also revel in the world of vampires and werewolves.

One of the best Halloween movies you can add to your list is that this story depicts teenage lovers who found themselves in an unusual and dangerous situation. Kristen Stewart (Bella) and Robert Pattinson (Edward) star in this movie which also paved their stardom. The plot twists and mystery of the underworld will make you glued to watching this movie.

While this movie just came out in 2017, it has become a horror classic. As one of the best Halloween movies you can watch, the story also depicts racism. It revolves around a Black photographer who goes home with his white girlfriend for the first time.

This horror movie will give you all sorts of emotions – scary, funny, thought-provoking. After the couple met, they decided to go on a weekend getaway with his girlfriend’s family. As the weekend passes, there will be creepy discoveries. Watch it and discover for yourself. The gothic style of the main protagonists will let you feel it’s Halloween. As one of Tim Burton’s brilliant works, this should be on your list of best Halloween movies of all time. While Edward Scissorhands was similar to how Frankenstein came to life, he is quite more talented than the latter.

An unusual love story will develop between Edward (Johnny Depp) and the village teenager (Winona Ryder).

What’s more terrifying than a horror story based on real-life events? This classic horror follows the story of a couple who moved into their dream house and only to find out the previous owners were murdered.

The couple bought the house at a very low price, which is very surprising with the size of the house. They moved in with their children.

The twist? The father of the previous family who lived there killed his family after being possessed by the demon. This is one of the best Halloween movies to watch in October. 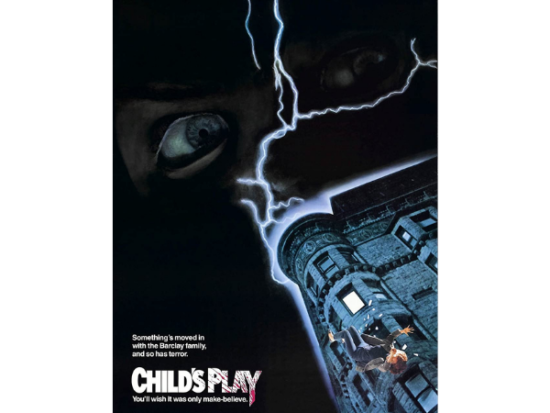 Who would ever forget that adorable doll? This is definitely up on our list of best Halloween movies to watch this spooky season. While a serial killer possesses the doll, nobody will thank that with the doll’s cute face. This movie brought about the birth of Chucky.

You’ll be surprised how wickedly genius this doll is. With the gruesome events to follow, this is certainly one of the best Halloween movies you’ll have to watch. Also, it has sequels! Um, you might want to check your dolls after watching this?

With Halloween just around the corner, many people are looking for a good horror movie to watch. The best scary movies have an intense plotline that leaves you on your toes while watching. To help narrow down the search, we’ve compiled a list of our favorite horror movies to add to your best Halloween movies list.