Bitcoin vs gold - which one is the better investment?

Bitcoin vs gold – which one is the better investment?

The pandemic caused a major debate regarding two assets: bitcoin vs. gold. Check economic news reports, and you may catch gold bugs in heated arguments against other investors. Let’s settle which one’s the clear winner in this article!

Before we compare bitcoin vs gold, we have to be clear on what “investing” means. Then, we will share details regarding the two contenders. Next, we’ll explain how you can choose between these two asset types.

We will spoil the end of this article right now by revealing the clear winner: you! Learning more about your options and then investing allows you to reach your financial goals, and this article could provide the necessary info to guide your decisions.

What do you mean when you “invest”? 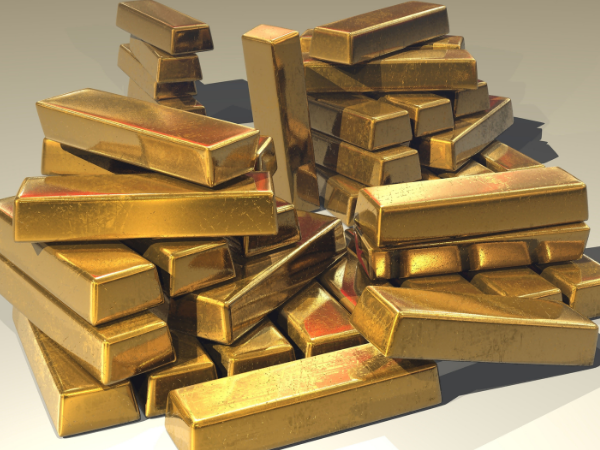 When you’re choosing between bitcoin vs gold, you’re deciding which one’s the best investment. But what does investing mean anyway?

We’ll save the financial jargon and share a simple definition. Investing is when you devote time and resources to something now to gain something more valuable in the long run.

Let’s take losing weight as an example. You spend time and effort on exercises. Sometimes, you may have to spend more on healthy food. But in the end, you get better physical health.

Similarly, you spend money on stocks while they have a low price. Then, you wait for the price to go up, and once that happens, you sell. Your long-term gain is that profit from selling stocks.

People usually have one of three goals behind their investment plan. Later, we’ll show you how this changes your asset picks. Let’s take a look at each one: 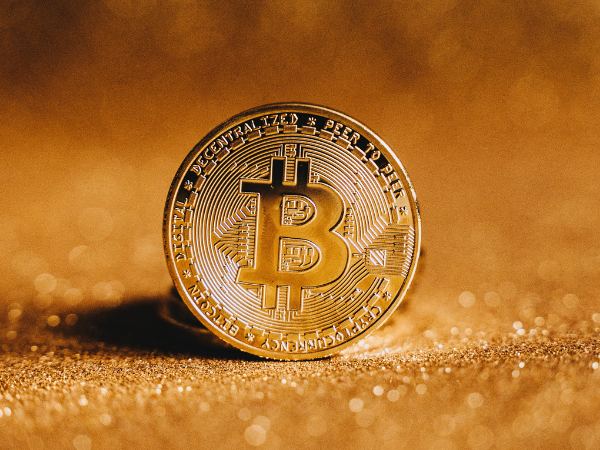 Let’s start with the first side of bitcoin vs. gold. In 2009, someone who goes by Satoshi Nakamoto released the first concept for a decentralized financial system.

Bitcoin (BTC) is a vital part of this system, and it would not need the grip of central banks or governments to function. Instead, it would run on a cryptocurrency network or blockchain.

It’s made up of computers owned by regular people called miners, and they confirm BTC transactions by cracking the encryption that protects each.

They get more bitcoin for their efforts. This block reward encourages people to help operate the bitcoin network. Since its 2009 launch, people have applied various changes and upgrades to it.

Nowadays, bitcoin has the Lightning Network and Taproot upgrades, and this makes transactions more affordable and private. It also has additional features like smart contracts.

Bitcoin is getting more attention during the pandemic. Countries went on lockdowns and caused a major economic downturn. As a result, commodity prices are skyrocketing around the world.

That’s why people look for ways to hedge against this inflation. Around 60% of family offices see bitcoin as a viable choice, which further heated the bitcoin vs. gold arguments. 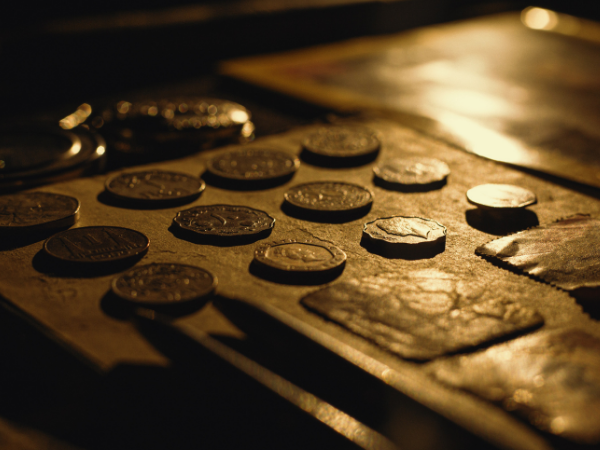 Why do people object to using bitcoin as an inflation hedge? It’s because many investors swear by only one safe-haven asset: gold. What’s the reason for this?

The US dollar used to follow the Gold Standard. This means you can turn over gold for cash. This is why the US government seized people’s gold during the Great Depression.

It retains its value even though other prices go up. That’s why people convert their money into gold during economic crises, and once it ends, they could turn it back to a similar amount.

What’s more, you can hold it. People find assurance when they can touch their assets. This is also why people can’t accept bitcoin as “digital gold., and they can’t hold it in their hands.

Why is bitcoin a good choice? 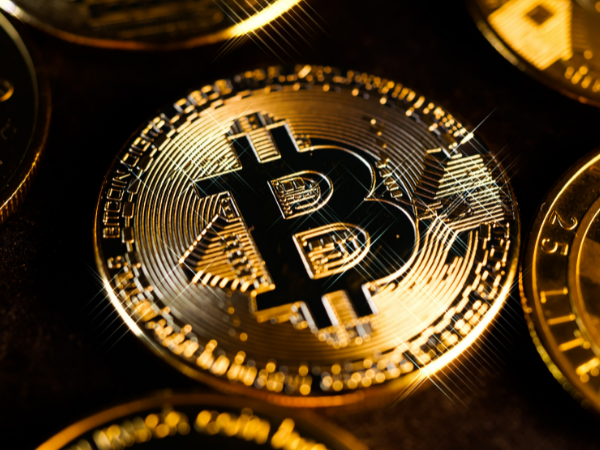 Despite your side in the bitcoin vs gold debate, bitcoin is here to stay. Or at least its blockchain technology will. Believe it or not, it’s not just about digital currency.

For example, blockchains let us make smart contracts. These are agreements that don’t need a third party to work. Meet the conditions, and it will execute no matter what.

This is changing how we do finance already. Crypto lending uses this feature. You get instant cash by putting up cryptos for collateral, making it easier and quicker than traditional methods!

Despite the naysayers, many people still go all-in on bitcoin. It’s not just Russians. El Salvador recently allowed people to use bitcoin as legal tender, and other countries may soon follow.

What’s more, the world is making bitcoin better. The upgrades we mentioned made it cheaper to use. Now, it may become more eco-friendly with El Salvador’s bitcoin mining facilities.

We’re also finding ways to use it without an internet connection. It’s now possible with the Blockstream network. Some people have used old tools like HAM radios!

When you invest in bitcoin, you put your money into a world-changing technology. However, you should consider its price volatility, and prices may change significantly within a week!

Why do people use it as an inflation hedge, then? Because inflation is wrecking the value of currencies around the world. Your money has value because it lets you buy stuff.

If you’re exchanging it for fewer and fewer products every day, you probably won’t feel confident about using it anymore. This is why Venezuelans prefer to use bitcoin for buying stuff.

Still, we’ve yet to prove bitcoin’s effectiveness as an inflation hedge. You may want to invest if you believe its huge potential, and it may also be a good idea if you want to profit.

Why is gold a good choice? 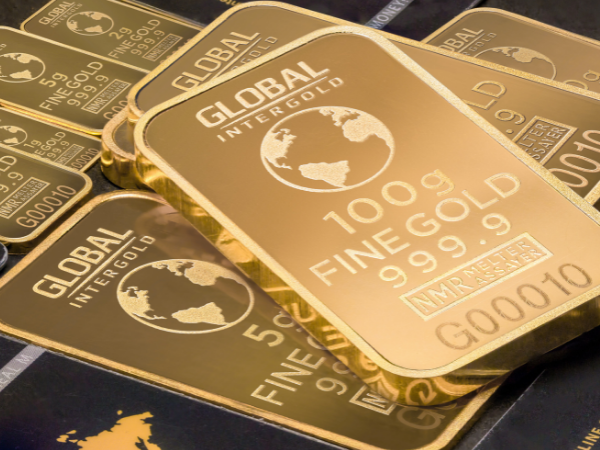 Gold bugs have called bitcoin a bunch of nasty names during bitcoin vs. gold debates. This is because they couldn’t see this digital asset beating the physical one.

As we said, we don’t have proof that bitcoin will hedge against inflation. On the other hand, gold has proven time and time again that it can. If you want to secure your finances, this may help.

However, it may not be good for making a profit. It’s good as an inflation hedge because it mostly retains its value. It’s unlikely to go down or up, and you may not earn more money by selling it later.

You’re better off buying gold stocks. That’s because gold companies get more business when the demand for this precious metal goes up. The stock market has a lot of good choices.

If you still plan on buying gold, remember the costs involved. For example, you may have to buy a safe for your precious metals. You could buy bullion coins instead of bars for easier storage.

Note that this article is for informational purposes. Your side in the bitcoin vs. gold argument should not be based on just one source. Read more about assets on the internet.

You have so many free resources that could help. Fortunately, you don’t have to search far to find them. Other Inquirer USA articles have more info about these assets.

Those can show you how other asset types work. Also, you’ll learn about their latest developments. That way, your portfolio can profit from the old and new!

The Most Promising Gold Stocks For 2021

Is Bitcoin Cash Better Than The Original?

Learn more about bitcoin vs gold

Why are people against bitcoin?

Bitcoin is highly volatile, meaning its price moves up and down frequently. Also, people have an issue with their money just appearing as numbers in a network. Some people prefer having money that they can hold in their hands. However, bitcoin continues to improve and iron out its issues.

Is gold a good investment?

It’s likely a good investment if you’re looking to hedge for inflation. The price of gold tends to remain constant despite everything else becoming more expensive. However, this same quality makes it a poor choice for earning profit. For that purpose, you’ll need an asset that rises sharply in value, such as stocks.

Should I invest in bitcoin?

Only invest in assets that you understand. This means you should learn more about bitcoin before investing. Read various articles and other online resources, such as the other ones from Inquirer USA. Once you’re well-equipped with knowledge, decide whether or not to invest in bitcoin.

TRENDING
What is house hacking? All you need to know
Do the Amish pay taxes?
Best tax software with easy help
The Appraised Value of Home – Your House’s Value on the Market
Best mortgage lenders for first-time buyers
How Can We Solve the Affordable Housing Crisis?