HBO never stops dropping a plethora of high-quality tv-series regularly. This September, the new HBO series on the release is worth binge-watching. With brand new debut releases of series like Scenes from a Marriage and season 3 of Doom Patrol, there’s a lot of great content you should watch out for.

Look no further as we have the list of the freshest new HBO series and the most trending ones you’d keep an eye on.

What shows are trending on HBO? 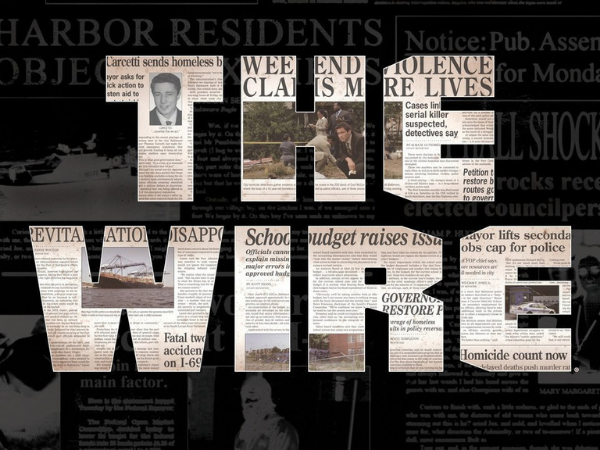 HBO shows never lack unique content, and they’ve improved in recent years. While HBO evolves with its revolutionary new HBO series, it continues to be on edge with its blockbusters.

On the other hand, if you have access to HBO Max, it has added more content expanding its library with even bigger content from Mare of Easttown, all-time classics to popular shows from other networks. Here, we’ll keep you up to date with the best HBO shows now.

This David Simon-produced crime drama will have you glued on your seat episodes after episodes. Believe us. This is worth every minute as many call the series the greatest television of all time.

Although The Wire is fiction, its realistic approach to the city’s drug issues versus the law enforcement assigned with stopping it got every character caught up in the middle. The storytelling is great, with unforgettable, meaningful dialogues.

This TV series focuses on the conflicts of the Roy family. While they’re a clan of emotionally broken people contending for power, they’re extremely wealthy. Logan, the family ruler who built a huge media company, is growing old, deteriorating his health. His children Kendall, Shiv, and Roman all have plans to secure the throne of their dad’s empire.

The thrill of action-filled shows 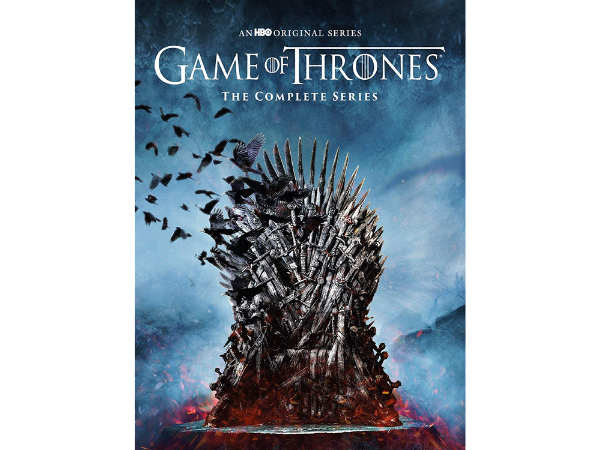 Who hasn’t GOT the mania yet? This young adult fiction is based on George R.R. Martin’s “ A Song of Fire and Ice” book. It was a hit in every bookstore when it reached the shelves in the early ’90s. Nevertheless, the brilliant adaptation of David Benioff and D.B. Weiss’ TV series adaptation made it all the more popular.

Game of Thrones is a tale of dynastic feuds between royal kingdoms. Throughout the HBO show’s seasons, the creators never tamed on the violence, bloodshed, and sex, making it controversial. Yet, it’s one of the popular shows on HBO.

The incredible six-season run of this TV series has earned enough buzz to make it run on HBO from 1999-2007. Tony Soprano (late James Gandolfini) is the underboss for a notorious crime family in New Jersey. While Tony struggles in managing his workloads and family life, his constant battles never stop in this mafia-like story.

The same creator of The Sopranos is the mastermind of this hit HBO show. Nucky Thompson is the main character and is based on the real-life politician Enoch L. Johnson. The show spotlights Thompson’s success and trades with the city’s criminals, mobsters, townsfolk, and government officials.

The series depicts the Black experience in Los Angeles. Rae plays the version of herself while trying to balance her life. Jay Ellis and Yvonne Orji have played a great role as Issa’s boyfriend and best friend. 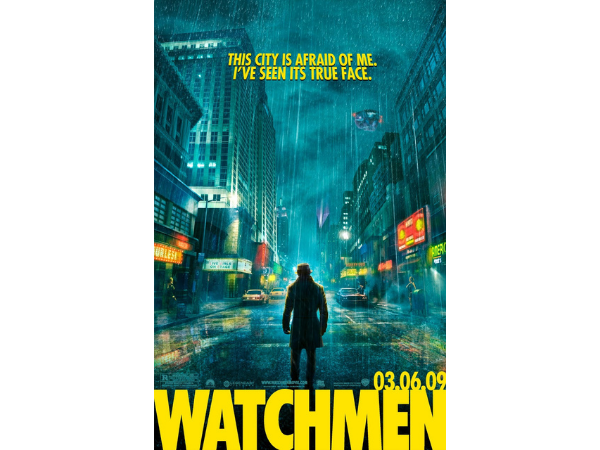 This adaptation of Alan Moore’s iconic comic series is something you should add to your watchlist. This HBO show was set in Tulsa, Oklahoma, where the historic Tulsa massacre took place. Watchmen is about Angela Abar, the cop who was assigned to investigate Sister Night.

As a white supremacist group ousted the Tulsa police department, the Tulsa people needed to fight for their safety. A police chief is murdered, and Angela searches for the killer while discovering some dirty conspiracy.

Sex and the City

Who wasn’t in awe when Carrie Bradshaw struts the city of New York with her BFFs Miranda, Charlotte, and Samantha? When you thought the story was over yet, another season is coming soon to HBO Max. Sarah Jessica Parker as Carrie is a New York writer who gets writing inspiration from emotional and humorous but genuine feelings of her lovers and friends. Watch out for their 50-something friendship and struggles in the new season.

Supernatural horror scenes and history combined in this HBO show. A black soldier returns from World War II and finds his missing father in a 1950s America setting.

Together with his uncle, Atticus Freeman went on the rescue mission with her childhood friend Letitia Lewis. Imagine combining the Voldemort horrors of Harry Potter and the racial issues. Although this isn’t a new HBO series, the plot twist will surprise you.

The Suicide Squad’sHaley Quinn never fades in the media world. Along with the success of its comics and video games, Margot Robbie has made her name with her great spin-off of Harley Quinn’s character.

This animated Harley Quinn series is as good as you can get with the real movie. Moreover, it opens with a final break between her and Joker. The rest of the story focuses on her discoveries and learnings as her own woman and a villain.

What new shows are coming to HBO? 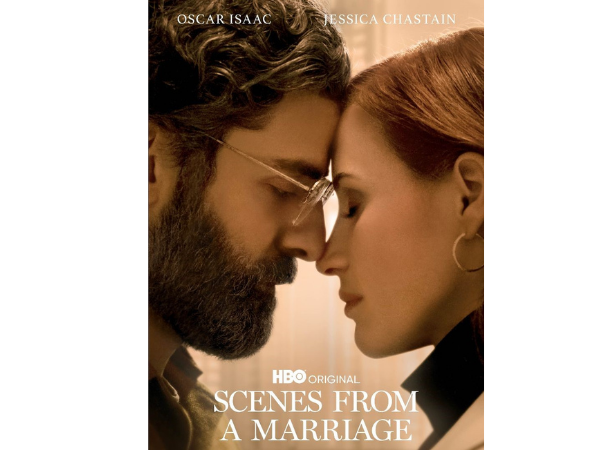 Whether you’re wondering what the new HBO series is right now, or you’ve run out of something to watch, this list of new tv series is for you. We got you covered with the best new HBO shows from September onwards.

The original from Ingmar Bergsman’s 1973 Swedish classic is adapted and revised to a limited series. Starring Jessica Chastain and Oscar Isaac, these new HBO series re-assess the show’s distinct interpretation of love, desire, hatred, monogamy, marriage, and divorce through the eyes of two American people.

Laetitia is a six-part drama series highlighting the sudden disappearance of a teenage girl in western France. Although this new HBO series is adapted from a best-selling book, this is very much based on true events. The story also depicts how an act of violence affected the whole country.

This four-part documentary series features the strong and vibrant tapestry of life in New York City in the 21st century. Directed by acclaimed director Spike Lee, he also conducted over 200 interviews with residents from all walks of life. To give the audiences full-on insights, Lee also interviewed journalists and politicians. The impressive visual imagery complemented this whole new HBO series.

New TV series to watch out for 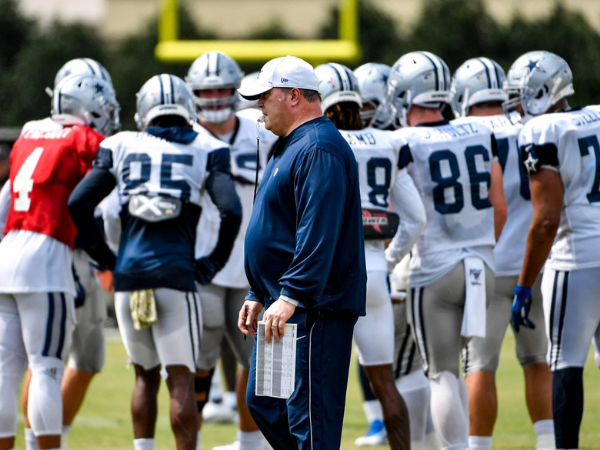 If you’re a Dallas Cowboy fan, this Sports Emmy-winning series is a hit! You’ll have an all-access look at what made Dallas Cowboy an icon with this new HBO series. This is the 16th edition, and the spotlight is on for the Cowboys for the third time.

After featuring them in 2002 and 2008, this new series focuses on the coaches and players entering the 2021 NFL season. However, hoping to get better than last year’s 3rd-place finish. Dive in on the player’s professional and personal approach when it comes to baseball.

This Emmy-nominated talk show and new HBO series will have you entertained and laughing at your seats with the brilliant opinions of comedian Bill Maher. In addition, he’s opinionated, irresponsible, and politically incorrect. This long-running talk show covers the weekly news with guests – activists, actors, musicians, politicians, musicians, and other comedians.

While the filmmaker Ry Russo Young turns on her lenses to her past, this three-part documentary was created. This new HBO series follows the director’s life as she explores the depths of the meaning of family. The docuseries unravel the extraordinary story of a lesbian family back in the late 70s and early 80s. Watch out how their family rises through the whole epochal conflict.

Whether you’re planning to relax and rejuvenate in paradise or just having a day off at home, watching these new HBO series and other existing shows is a must! Watch it alone, with friends or family, and you’ll love the great shows HBO has cooked up for you.