Whether it’s the recent news covering President Biden attending the commemoration of hundreds of lives that died, or you’ve stumbled upon a book that made you familiar with the Tulsa massacre, the significance of uncovering what transpired that day would spark your curiosity.

And hey, it’s part of the United States’ entirety as a country. Histories always dig up relevant facts that are the root of some of the issues re-surfacing these days. It will give you a better understanding of the social issues that’s still ongoing up until now.

This important part of history didn’t get the limelight as the other mass killings did. The big question is, why just now? It was just recently when the commemoration of that dreadful event was celebrated as it hasn’t been remembered for decades now. It seems like there’s a goal to cover up what happened.

It’s a racist attack that’s been buried deep down together with its hidden facts. What happened in the Tulsa community, also known as Black Wall Street, was slowly getting recognized. With the emergence of facts shown in recent books and with tv series, full disclosure of the long-kept details will soon be exposed.

The Tulsa massacre happened in 1921, a century ago. This was the era right after World War 1 where racial injustices are in full rage. Acts of violence, racially embedded executions, and social injustices were almost part of the norm. A very unpleasant state that the black people are facing even up until now.

What is the 1921 Tulsa Race massacre? 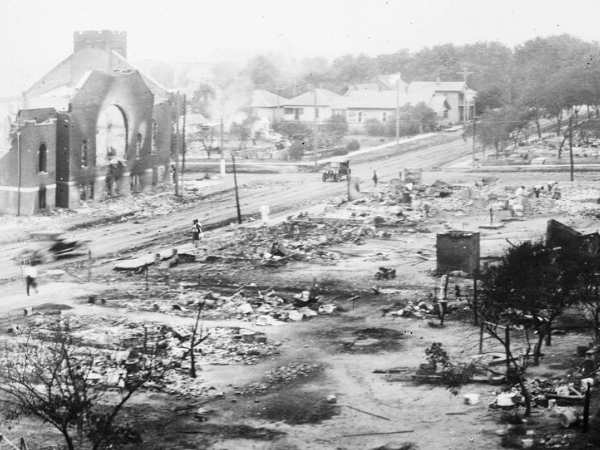 To those who aren’t familiar with Tulsa yet, it’s a city in Oklahoma. Back in 1921, it was a growing community that’s building up its success through oil. It was home to 100,000 black Americans Who have worked their hard ways to travel far and finally reach Tulsa, which they believed to be the promised land for the African Americans seeking refuge from all the discriminations happening across all the states.

They have built their community at Greenwood Avenue, which was then labeled as the Negro’s Wall Street or what was currently popular as Black Wall Street. At that time, white people called Greenwood “Little Africa” and “Niggertown,” which even sparked jealousy from the white community due to its rising progress.

Even when the riot broke loose, some white people entered the homes of the black people and took everything they could. A white man even said, “These Negroes have better things than lots of white people,” as heard and narrated by a survivor, Mary E. Jones Parrish.

What ignited the fire to this black community massacre? There have been theories and some conspiracies on what transpired that day. The most accepted and trivial story circulating was it started on the morning of May 30, 1921.

Dick Rowland, a young black teenager, entered the elevator of the Drexel building at South Main Street. Sarah Page was then operating the elevator. She suddenly screamed, and Rowland immediately ran away from the scene out of fear. There was no proven fact yet as to what happened, but there are some speculations.

What Some Reports Claim

During the Tulsa Massacre, which occurred over 18 hours on May 31-June 1, 1921, a white mob attacked residents, homes and businesses in the predominantly black Greenwood neighborhood of Tulsa, Oklahoma. pic.twitter.com/s1VyUI8xVs

Some reports claim that they’re lovers and have a lover’s quarrel that led to Page’s screaming. There have also been claims as simple and innocent as Rowland just stepping on Page’s foot by accident, making Rowland tripping to the ground.

After Roland’s fleeing the scene, rumors of the sexual assault circulated throughout the community, particularly the white people. By afternoon, Tulsa Tribune had published a story with a headline “Nab Negro for Attacking Girl in Elevator.” What added fuel to the fire was what’s stated under the headline. It was claimed that Page’s hands and face were scratched, and her clothes were torn.

On May 31, 1921, a white mob went over to the courthouse demanding Sheriff Willard McCullough to turn over Rowland. The sheriff denied and instructed his men to safeguard the place to protect the teenager.

At 9 pm, a group of 25 men, some of which are Black World War Veterans, went to the courthouse due to fear of Rowland’s probable execution. They helped to guard Rowland, but the sheriff instructed all of them to go away.

At 10 pm, 75 armed black men returned to the courthouse, where they were met with 1500 white men, some armed. There was a gunshot, then the war and chaos broke out. Over the next course of hours, groups of angry white people shot and hurt the black Tulsans.

They committed such violence that even an unarmed person at the theater didn’t get exempted from and got shot. There were also claims that the city officials handed over the weapons to these white Tulsans.

What happened on June 1st?

Today is 100 years since the #TulsaMassacre, when a white mob ravaged the Black community of Greenwood, killing hundreds of Black people.

No one was charged for the killings. pic.twitter.com/QEEHs5YvXP

It was the dawn of June 1 when thousands of white people came into Greenwood, burning homes and black-owned businesses. Some firefighters came to help, but they were allegedly threatened with guns. As per the Red Cross report, around 1256 houses were burned to the ground.

The skies of Tulsa, Oklahoma, turned to dark gray as thick smoke covered the area. It was the longest day for the neighborhood as the Tulsa Race Massacre occurred on May 31 and lasted for 18 long unbearable hours. Technically, the attacks and riots happened from May 31- June 1, 1921. Homes and businesses were either destroyed or burned by fire.

There were 6000 people held captive by the guards on June 2. The current government of Tulsa is in the process of searching for mass graves to dig more facts.

Is there a movie about Black Wall Street? 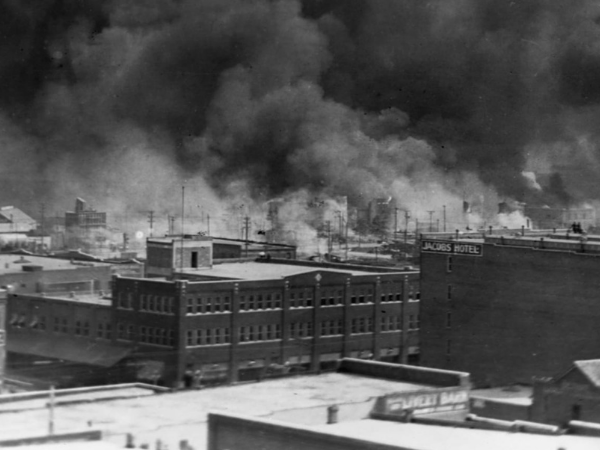 The Tulsa massacre was recently seen around news and social media. Yes, there are movies and documentaries you can watch. There are also books you can read with full history details. For starters, here are some of the resources you can look into for a glimpse of the black wall street massacre.

Why New Generations Will Be Aware of the Tulsa Massacre

The devastating massacre of the African American community in Tulsa was something to ponder, and surely, justice must be served. Whether it’s white supremacy, the perception of oneself being better than anybody else just because of birthright is utterly unacceptable.

Simply put, this is what racism is. Up to these days, it’s completely evident that people are still experiencing it. The Tulsa massacre is an issue that you shouldn’t overlook.