Electric bike (ebike) review - are they worth it? | Everything to Know

Electric bike (ebike) review – are they worth it?

The use of some of the best electric bikes, also known as ebikes, is one of the innovations in the world today. And as a result of recent happenings, more and more individuals have adopted the ebikes as a means of transportation, whether purchased or rented.

The choice of the best electric bike can be quite hectic, as recent technology has made them better, easier to use, and more attractive. The bikes are lighter with long-lasting battery life compared to their bulky predecessors.

A good number of bikes have been tried, tested, and a list of the best electric bikes drawn out to aid the choice of individual purchase of these bikes, alongside gears and accessories for an awesome biking adventure. 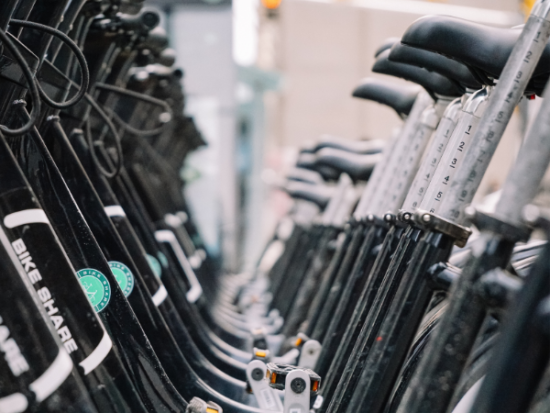 Considering the high price tags on ebikes today, it is easy for them to be considered vehicles rather than play items, even if they serve both purposes. Some manufacturing companies offer financing options under loan services alongside some banks, while others may give cash incentives to purchase e-bikes.

Below is our list of best electric bikes compiled by our team to aid individuals in making proper choices as they plan to own their first e-bike. 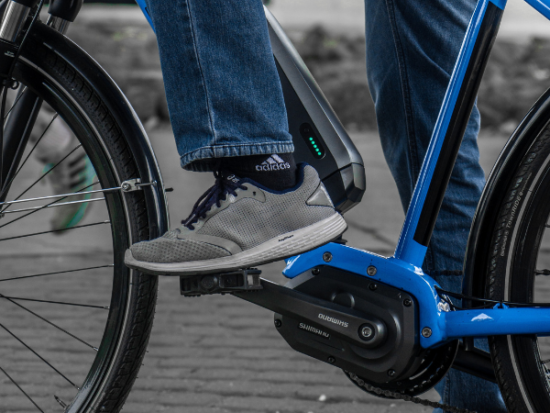 It also is incredibly silent and can be used on rough terrains and hills. There is a large network of wholesale and retailers that purchase from Cannondale.

Rad Power Bikes RadWagon 4 – This version of Radwagon is lower than the older models. Also, it aids in maneuvering along with small, fat tires made by its parent company Rad Power Bikes, alongside Vee Tire Co. It is best assembled by Rad service partners and stored in an outdoor storeroom due to some operational electrical problems that may occur. 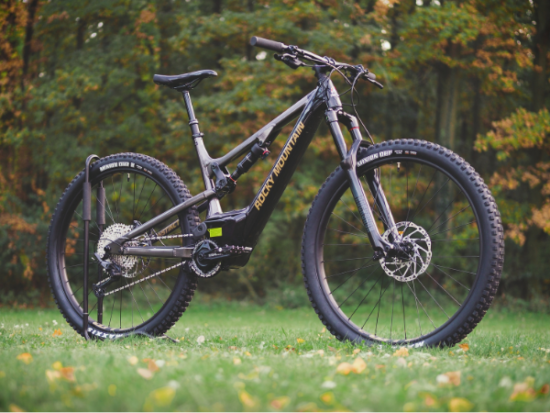 Tern GSD S00 LX – It is the best Cargo Luxury Bike. Its Bosch Cargo line motor increases its acceleration, controlled by an Enviolo shifter that controls gears shifting even at rest. It is best for children and fits electric bike riders as short as 4’9 with a low rack. Also, it contains a suspension fork seat post, weatherproof belt drive, a locking kickstand to prevent detachment, especially when kids are concerned, and a wheel lock made from Abus.

It also has a nice set of accessories, including a passenger compartment with the storm shield canopy called the Clubhouse. This is windproof and versatile. The downside of this commuter bike is the high cost.

Urban Arrow Family Electric Cargo Bike – A cheap bike that provides comfort, load, and the ability to cut sharp corners. It has no suspensions; thus, rough terrains should be avoided. It contains Enviolo variable shifters that permit gear downshifts while at rest. 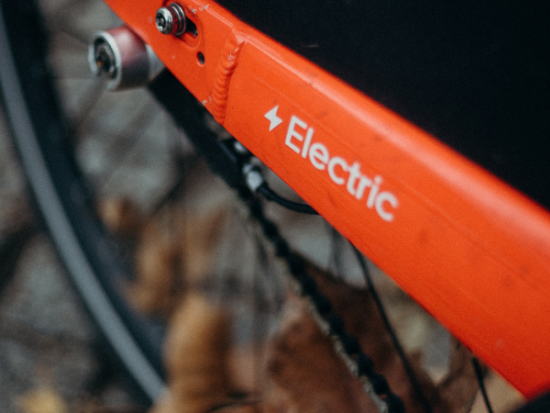 Batch E-Bike – This is the best commuter bike with the most important attachments, including a Bosch drivetrain, Shimano components, and Tekto hydraulic disc brakes without the other fancy attachments. It is reliable, cheap, and can be used daily to serve the needs of its owner.

Rad Power Bikes RadRunner – This is the best commuter bike in terms of affordability and utility, and usefulness. It is mostly seen in Portland and is shipped directly to customers by Seattle-based Rad Power bike shops.

The accessories contained in the bike include custom hub-motor drivetrains, a 120-pound rack capacity with Kenda-made fat tires.

Propella 7-Speed (V3.4) – In terms of affordability and use by novices, this is the best electric bike for individuals who want a nice biking experience. Most cheap bikes that may come as low as $1000 may have a low-grade motor and an aluminum frame that may come off at 15mph.

Components of this ebike include a suspension fork on the seat, a durable Samsung battery alongside Shimano disc brakes. The company Propella takes short periods to bring out new commuter bikes, and as a result of the direct-to-consumer delivery, repair issues at nearby mechanics may come up.

As a result of the lightweight, the electric bike has an incredible top speed compared to other bikes. Montague M-E1 – Folding bikes are the most appropriate for those that reside in apartments irrespective of their tiny size. The M-E1 cannot be differentiated from a non-folding bike and possesses attachments like Shimano hydraulic disc brakes, Shimano mid-drive motor, a comfortable seat, and other fancy attachments like bells and whistles integrated lights, fenders, a removable battery, and an easy to read LCD display.

Lectric Ebikes Lectric XP 2.0 – The Lectric Ebikes Lectric XP is not very convenient for people residing in apartments. This is due to its weight of about 63 pounds. The battery key also needs to remain in place for this e-bike to work. The 500w motor gives a lot of riding assistance along with the fat tires. A host of attachments like fenders, an integrated LCD system, a rear rack, and integrated lights in front and behind.

The upgraded Lectric XP 2.0 makes a marked improvement in the bike’s comfort. This includes attachments like a front-wheel suspension fork, wider handlebars, mounting points for racks, and IP65 water resistance. 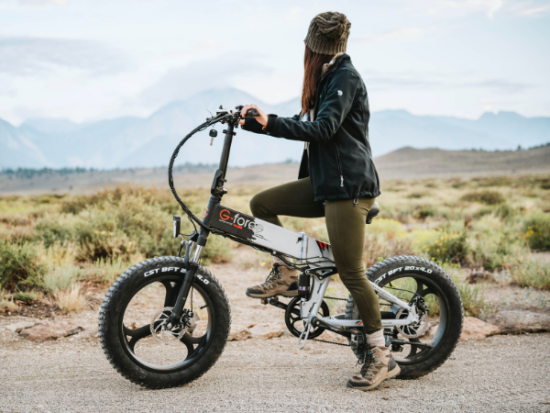 Specialized Men’s Turbo Levo Comp – This mountain bike has an asymmetric step-through frame with a longer front. Driving in rough terrains feels safe. It also contains a 500w motor with smart control, which reduces assistance with adjustments while riding.

The electric bike Everyone Asks About

Both bikes contain accessories like integrated lights, racks, built-in alarms, etc., with many panaches. Taller riders find the S3 to be more comfortable than the X3.

Some Ebikes that were tried and researched are included in the list of the best electric bikes above.

However, they are worth being mentioned, and they include:

Other electric bikes that were of consideration and are undesirable as a result of certain factors, including:

Food for thought for bike riders 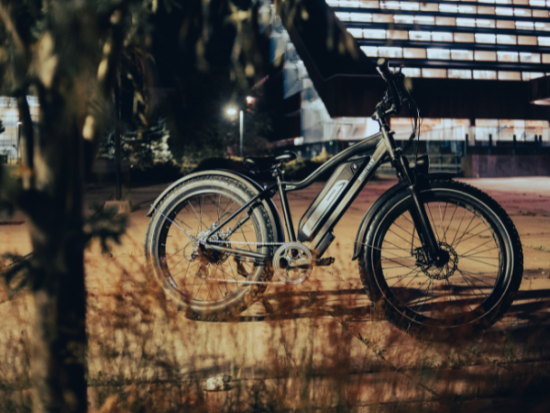 Like any transport or sport, electric bikes come with a huge maintenance responsibility, which people tend not to care about. An important thing to consider is the drive of the ebike, and the various aspects to consider include:

The type of drive your bike moves on:

Hub motor drives: used mostly on cheaper ebikes with the motor in the hub of the bike’s wheel.
Mid-drive motors are Bosch and Shimano are mostly located in the central portion of the bike. The chain is the means through which power reaches the rear wheel. They often require regular checks and maintenance.

A 500 watt to 750w motor with more attachments like mechanical disc brakes and hydraulic is adequate for individuals living in moist, humid, rough, and uphill terrains. An ebike with a dual battery system is appropriate for longer journeys. While ebike batteries normally last about 30 to 50 miles.

As a result of the increment of indirect delivery to customers, chances of them being fixed properly by local repair shops is low. Bikes and biking companies with a broader network reach mostly prefer that they are easily accessible to get bike parts. As a result, this increases customer satisfaction.

Before purchasing an electric bike, the individual must be abreast of the laws governing a particular region. Ebikes are now into three classes. Each class containing a vast number of bikes and different areas where you can ride freely in each class.

We have been able to recommend the best electric bikes based on their electrical motor power—also, the folding, cost, ability to navigate rough terrains, and top speed. We hope you find what you’re searching for in this list enumerated. Always remember to adhere to all safety precautions and guidelines.

Disclaimer: This article is not the official guide to buying an ebike process but is based on the author’s research or own personal experience.