Apple Maps vs. Google Maps: Which should you go with?

Apple Maps vs. Google Maps: Which should you go with?

Have you ever compared Apple Maps vs. Google Maps? You probably use one of them to find your way around your old neighborhood or a new country. However, they have different great features, depending on your preferences.

First, we’ll go through the basics of Apple Maps vs. Google Maps. Then, of course, we’ll discuss their features and compare them to one another. However, we’ll also explain some problems with these apps and how you could manage without them.

Our devices are always competing with each other by getting new features. Specifically, our smartphone apps help more parts of our daily lives. In response, we should learn how we could use their innovations to their utmost potential.

What is Apple Maps? 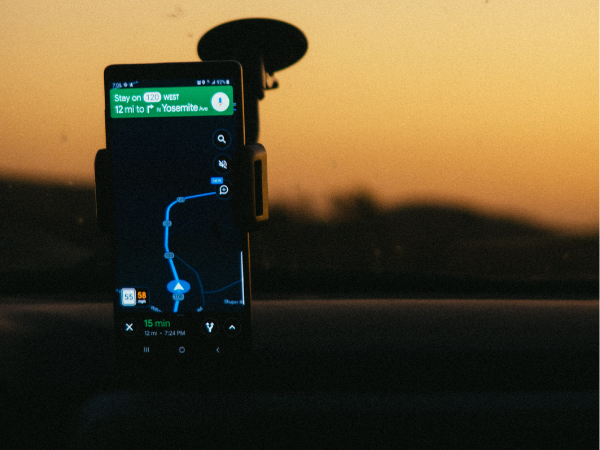 The original Apple Maps came out in 2007. Believe it or not, it was hastily slapped together by two engineers. They only spent three weeks creating the app using Google’s “Maps.app”!

Nowadays, it’s a shadow of the new version pre-installed on every iPhone. It doesn’t rely on Google anymore. Apple Maps also has features that are different from Google Maps:

It’s available on other Apple devices, such as the Apple Watch. So it’s easy to assume that Apple users have a clear side between Apple Maps vs Google Maps. But, surprisingly, it’s not the case!

What is Google Maps? 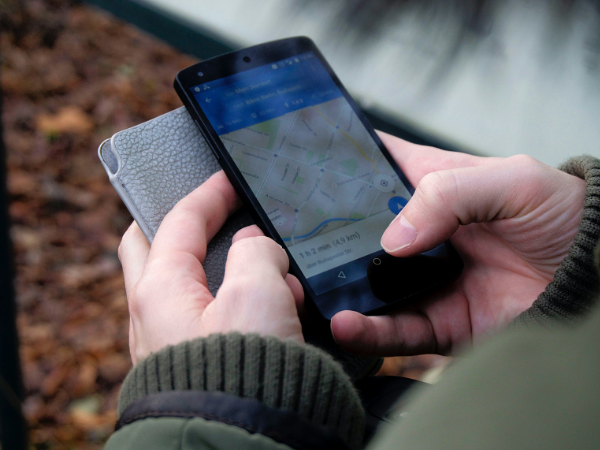 Launched in 2005, Google Maps is available on all mobile devices. First, go to the Apple App Store. Then, with a few clicks and button presses in the search bar, it’s there!

Android users are all too familiar with Google Maps. It’s the built-in map app for their devices. Not only is it free, but it also has nearly all the features in Apple Maps.

For example, Google’s street view is called Look Around on Apple Maps. The iOS app plots EV stations on routes. You’ll have to do it manually on Google. It may get this feature soon, though.

These apps all try to beat each other. Whenever a competitor comes out with a new feature, the other makes a similar version. That way, they can prevent losing users to the other side.

If they have the same features, why compare Apple Maps vs Google Maps? These apps provide more than just their features. So one might be better to use than the other. 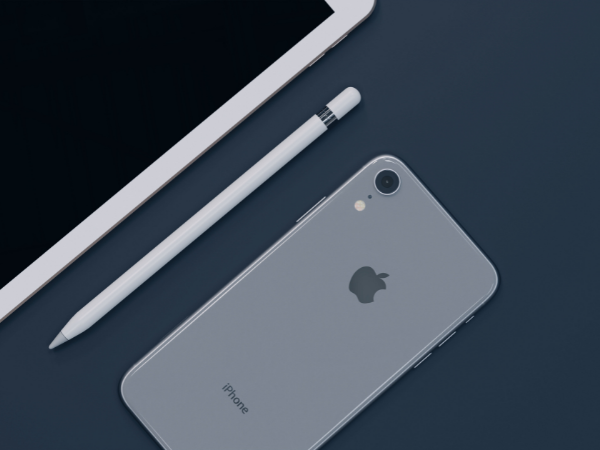 Open both apps side-by-side, and you’ll see slight differences in appearance. At a glance, you may immediately know your preference between Apple Maps vs. Google Maps.

Apple Maps has a cleaner look. It shows the basic landmarks and streets. If you want additional details, you can toggle them from the search bar.

On the other hand, Google Maps shows a lot of detail once it opens. Unfortunately, the cluttered screen makes it seem jarring and confusing.

As we said, Google Maps and Apple Maps have identical features. This includes how it plans routes. So, for example, it could show directions when you’re walking, biking, and commuting.

The estimated time of arrival (ETA) for their paths doesn’t differ much. The difference is usually as negligible as a few minutes. This depends on factors outside the control of the apps, though.

Still, Google Maps has a leg up over Apple Maps. It lets users add multiple stops for your route. You can only do that on Apple Maps en route. Also, you can only stop for food and gas.

One of the best features of these apps is traffic navigation. They’re a convenient way of finding the best routes toward a destination. Also, they consider real-time traffic conditions.

In other words, the apps will show congested and free roads. They can also take into account road closures and accidents. Though, Google Maps has a slight advantage yet again.

It uses all this information to determine your arrival estimations. It’s easy to set up too. Set your home and work locations in the settings. Then, tap “Commute,” and you’re set!

Apple Maps has a similar feature called “travel time.” However, you’ll have to schedule an event on Calendar to use it. Google Maps needs fewer steps compared to Apple Maps.

Regardless of your pick between Apple Maps vs. Google Maps, you help them work better. Our smartphones help them with traffic data collection every day.

They gather this info by checking the locations of their users. It lets them know the roads we frequent in our daily routines. We help them further by reporting real-time events on the road.

This feeds into their servers and lets them plan their routes. You could enter Incognito Mode to reduce the data collected. Meanwhile, you can limit Apple Maps by avoiding iCloud sync.

The only way to truly prevent Google and Apple from gathering data is to stop using their apps. However, keep in mind that you’ll miss out on their functions.

Winner: It depends on user preference. 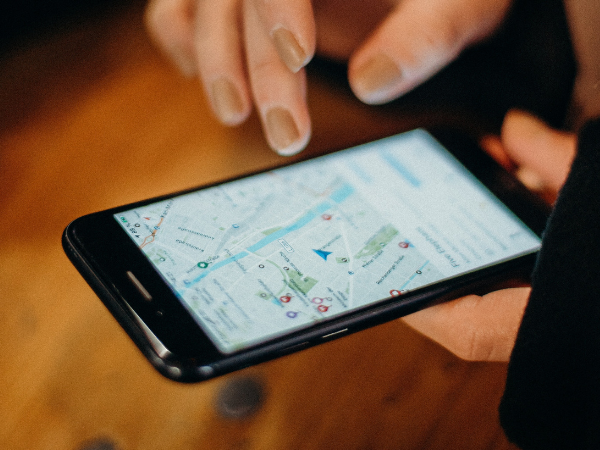 We’re comparing Apple Maps vs. Google Maps because they’ve been an important part of peoples’ lives. But are we relying on these technologies too much?

Let’s take what it did to our traffic problems as an example. Contrary to popular belief, these smartphone apps have made our roads more congested!

It’s amazing how much data they could take into consideration. They could plot a course for use in an instant. Still, they leave out a lot of information like pedestrians and road inclination.

Sometimes, the smartphone maps don’t consider if the road’s too steep. So, for example, many don’t know that a lot of people cross a particular street at certain hours.

When you get there, these situations make it harder to reach your destination. If your Tesla’s running low, it may struggle to climb a steep road.

Worse, the apps can recommend the same route to hundreds nearby. Heavy traffic happens when you all meet at the same intersection!

This happens because the apps only want to guide their users. When you set a course, your phone only considers your path. It doesn’t check how it could affect other users.

The apps aren’t entirely to blame, though. City planners have to improve how traffic flows in their areas. Collaboration between the apps and the government can enhance traffic for all.

How to find your way without apps 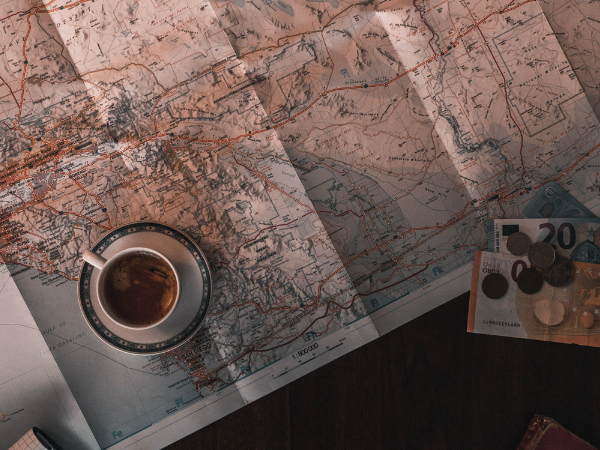 We can’t always rely on technology. There will be moments when our devices can’t help us. For example, let’s say there’s a flood in your neighborhood.

It would most likely take down power and internet connection in your area. Without them, your smartphones can’t guide you. Even if the utilities remain, the disaster will mess with your routes.

No matter your choice between Apple Maps vs Google Maps, you can’t account for the rising water. It will block paths faster than your phone could get updates.

We often forget that people traveled without these gadgets. Even if we all have them now, you should know how to navigate without the internet. Here are those old-timey ways:

For example, we just left the iOS 13 for the iOS 14. It added several new features for Apple Maps. Although it currently has problems like typing lag and draining batteries.

Wait a while, and updates will resolve these issues. They would add more map features too. In response, Google Maps will make a similar version.

Then, the competition between Google Maps vs Apple Maps will continue! No matter which one wins, we’re always victorious. We will benefit greatly from their innovations no matter what!

Which map app is most accurate?

Google Maps is superior to Apple Maps in terms of accuracy. It has far more historical data that allows it to make better routes.

How do I use Google Maps instead of Apple Maps?

Open the Apple App Store and search Google Maps. You can download the app for free. Note that it’s not available in certain countries.

Why does Google Maps blur out a house?

Homeowners could request Google to blur their property on Street View. You can also do it by following the directions in this Google Help Center article.

MOST READ
Gadgets Top 10 Video Doorbell Cameras On Amazon
Gadgets Amazon may soon unveil a new Alexa feature to mimic anyone’s voice
Gadgets 5 Best Noise Cancelling Headphones of 2022
Gadgets Bring Game Time Anywhere With the Best Gaming Phones
DID YOU KNOW?
5 Best Noise Cancelling Headphones of 2022
The Shakti Mat: Does It Really Work?
12 Best Travel Cameras to Capture Every Moment in 2022
Top 10 Best Fitness Trackers on Amazon
How to Shop for Engagement Rings Without Breaking the Bank
Top 10 Resorts in Hawaii for a Summer in Paradise