Best movies of the 2000s to rewatch

The 2000s were a time when we saw a lot of great movies come out. The best movies of the 2000s were indie, war-related, comedies, dramas, and just about any film genre, we could imagine.

The best movies of the 2000s were comic books that were turned into movies. The zombie movies were serious too and entertaining.

If you have not seen many of the best movies of the 2000s, it is a good suggestion to take some time on your day off to watch a few of these classic films.

Some of the best movies of the 2000s may surprise you, but you should check them out if you have not seen them.

What are the best movies of the last 20 years? 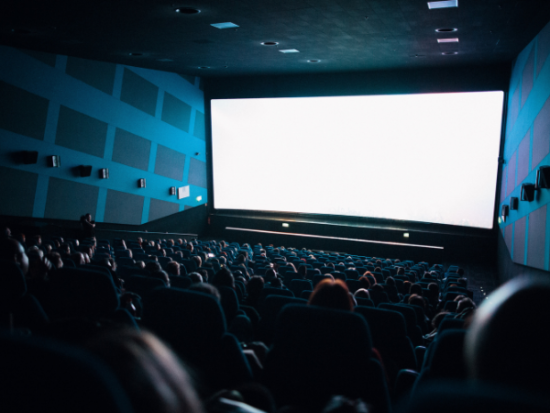 The movies that came out of the last 20 years were amazing films. We have 20 of the best movies of the 2000s that you should watch or rewatch if you have seen them before. 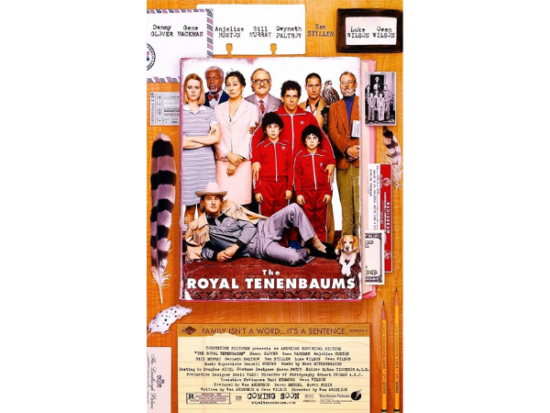 This movie is a comedy that is about a dysfunctional family. It is about one interesting family and how they live under one roof. This movie stars Gene Hackman, Owen Wilson, Ben Stiller, Bill Murray, Gwyneth Paltrow, and Danny Glover.

This movie shows a real-life family and how there is power in love.

Means Girls is about a group of high school girls who are very popular. The teenage girls take a new student under their wings. It is a funny movie that many of us can relate to. 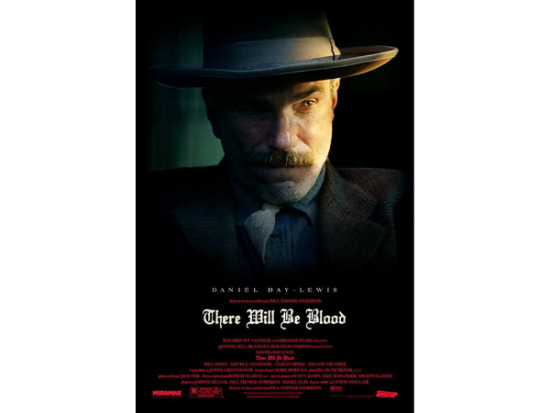 From Paul Thomas Anderson, There Will be. Blood is about an oil prospector, played by the Oscar-winning Daniel Day-Lewis. The oil prospector has an adopted son and struggles with taking care of his son and getting ahead in the oil business.

17. Eternal Sunshine of the Spotless Mind

Directed by Michel Gondry and starring Jim Carey, Elijah Wood, Kate Winslet, and Mark Ruffalo. When a couple breaks up, they try to erase memories of one another. 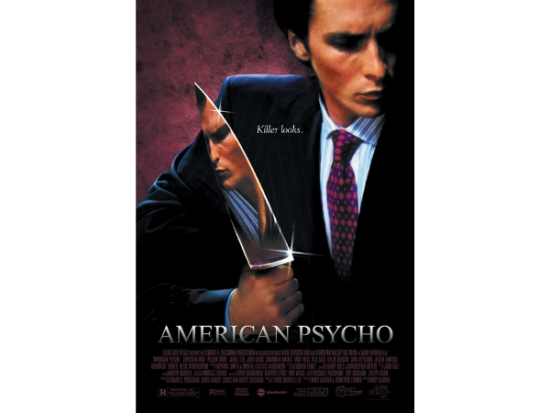 Christian Bale stars in this adaptation of an 80s novel by Bret Easton Ellis. Bale plays a murdering banker who pretends like he is sane. This is a great movie, and Bale does a fantastic job in it.

The Coen brothers did a great job directing this modern Western movie.It stars Josh Brolin, Tommy Lee Jones and Javier Bardem. It is about a drug deal gone bad. 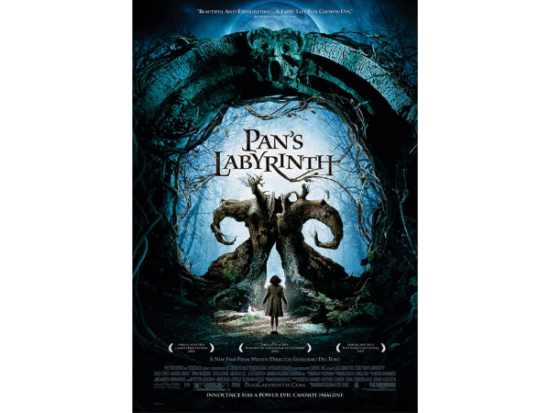 Directed by Guillermo del Toro. It is a very scary fantasy about a Spanish girl who imagines this alternate reality to escape reality during the Spanish Civil War.

Directed by Clint Eastwood. This movie was nominated for several academy awards and starred Hilary Swank and Morgan Freeman. It is a story about a boxing trainer who spent his whole life in the ring.

This movie stars Paul Giamatti, Thomas Haden Church, Virginia Madsen, and Sandra Oh. It is about a wine-tasting road trip to celebrate Jack’s last days of being a bachelor. 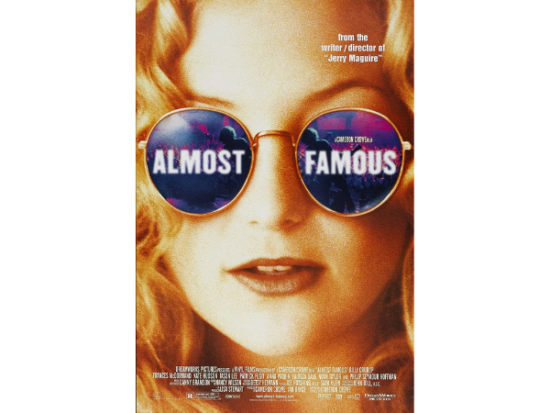 Cameron Crowe, a writer-director for this film, shows a great story about his experiences as a teenage rock journalist. It stars Kate Hudson, Jason Lee, Billy Crudup, and Francis McDormand.

This sci-fi movie brings back the classic franchise with a lot of action and great visuals. Chris Pine, Zachary Quinto, and Leonard Nimoy star in this must-see movie.

This movie is directed by Steven Soderbergh and stars Julia Roberts. This true-life story is a legal drama about a single mom, played by Roberts, who finds out about an illegal cover-up. 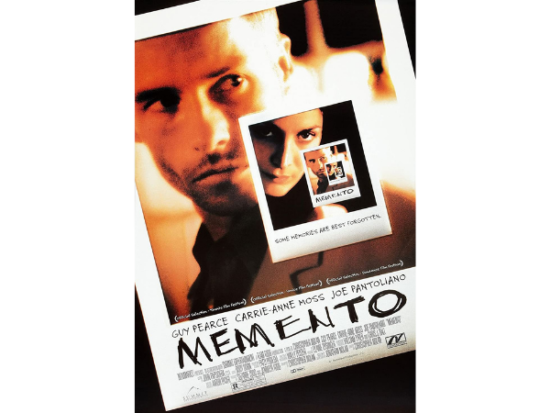 One of the many movies directed by Christopher Nolan and starring Guy Pearce. This movie is about a man looking for justice after his wife is murdered. He cannot remember anything. Therefore he uses his tattoos to find out what happened.

Directed by Martin Scorsese and starring Leonardo DiCaprio, Matt Damon, Mark Walhberg, and Jack Nicholson. This movie has an outstanding cast and plenty of gangster drama—one of the best by Scorsese. 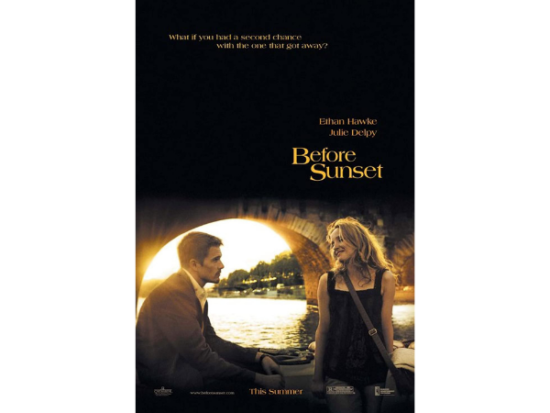 Directed by Richard Linklater and starring Ethan Hawke and Julie Delpy. This movie is about two strangers that met by chance, spent a night together, fall in love, and parted before sunrise.

Brought to you by Quentin Tarantino and starring Brad Pitt, Eli Roth, and a great cast of actors. This movie is about a German-occupied France and a young woman witnessing her family killed by Nazis.

4. The Lord Of the Rings

The Fellowship of the Ring: Peter Jackson’s first in the Lord Of the Rings Trilogy. This movie has great effects and the perfect cast. Elijah Wood, Orlando Bloom, Liv Tyler, Sean Astin, and Ian McKellen star in this awesome fantasy movie. 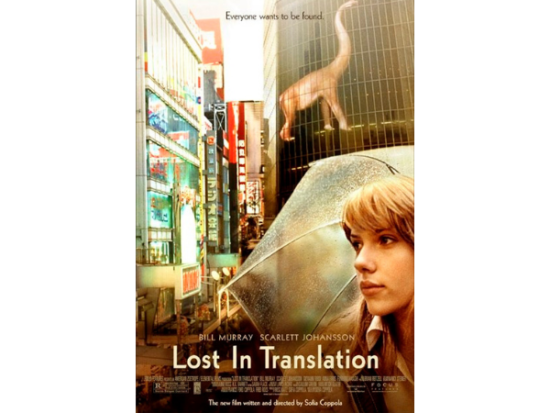 This movie is a romantic comedy-drama. It stars Bill Murray, Anna Faris, and Scarlett Johansson. Bill Murray plays a fading American movie star. He is going through a midlife crisis, however.

Murray goes to Tokyo to promote a whisky. He meets an American named Charlotte. This movie sheds some light on being alienated and disconnected in Japan. This movie won an academy award for Best Original Screenplay.

Robert Downey Jr. stars in this movie and plays Tony Stark/Iron Man. One of the greatest superhero movies ever. 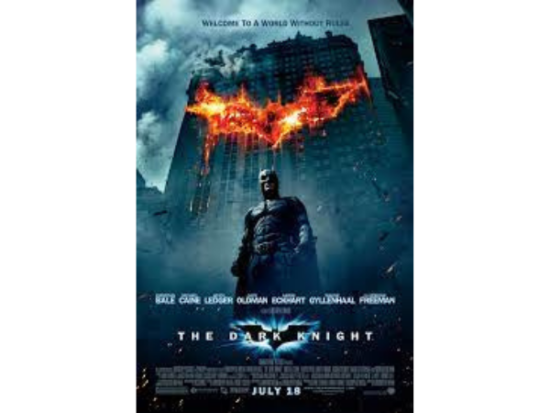 Christopher Nolan once again directs an amazing movie with this one. It is dark, complex, and you will never forget this movie: Starring Heath Ledger, Christian Bale, Aaron Eckhart, Maggie Gyllenhaal, and other great actors.

These are just a few of the movies from this era that we suggest rewatching. There were many popular movies during this time, however. These are some of the best movies of the 2000s to rewatch.

What was the most popular movie in 2000? 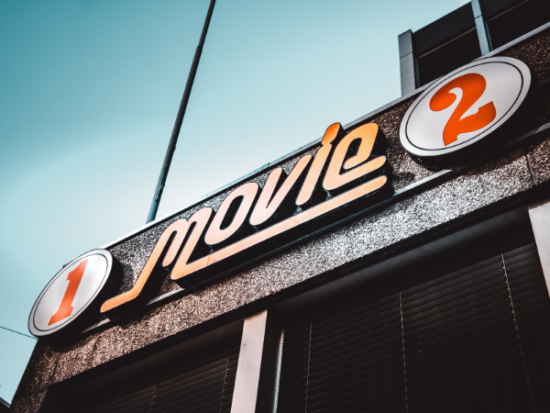 Believe it or not, the most popular movie in 2000 was How the Grinch Stole Christmas. It stars Jim Carrey as the Grinch. It was directed by Ron Howard, who also is in the movie.

Many other popular movies came out at this time. Mission Impossible 2 with Tom Cruise was the second most popular movie.

Gladiator follows a movie starring Russell Crowe about a former Roman general who sets out to get revenge on a corrupt emperor who murdered his family and put him into slavery.

Another popular movie of 2000 was The Perfect Storm. This movie stars George Clooney and Diane Lane. It is an American biographical disaster drama.

The third most popular movie of 2000 was Meet the Parents. Wolfgang Petersen directed it. It is based on a book of the same name. It stars Ben Stiller and Teri Polo.

This is a hilarious movie about what happens when one man meets his girlfriend’s parents. Many interesting things occur. This era represented many movie genres that everyone seemed to enjoy.

What were some popular genres in the 2000s?

The 2000s brought new and different genres of movies to the theatres. Some of which we were not even aware of. Some of the best movies of the 2000s included many new writers and directors.

There were directorial debuts, and we saw many movies by the same directors year after year.

The top-grossing genres of movies may surprise you. The best movies of the 2000s were different types of movies. The most popular genre of movies in the 2000s was drama.

Granted, more drama movies were released than any other genre. Therefore, that would be a popular genre. There were over 200 of the best movies of the 2000s that were from the drama genre.

Comedy and adventure were the next most popular movie genres. Action, thriller, suspense, horror, and romantic comedy topped off popular genres.

To sum it all up, the best movies of the 2000s were different, entertaining, and should be rewatched. The many genres of movies that came out at that time were from many different writers and directors.

Many directors debuted their movies during this era, and many made several different movies too. It seems as if the movies that were released during this time spoke to the viewers. The movies’ different messages and meanings gave people a way to forget reality for an hour or two at night. Some of the best movies of the 2000s helped us forget about reality for a while.

Movies allowed people to cope and helped us deal with whatever situation was happening at that time too. Some of the movies made during this time gave us an escape and kept us laughing.

We saw a resurgence of comic book movies, and superheroes were everywhere during this era. Some of the best movies of the 2000s introduced new fright into our lives, and we could not stop watching.

During this time, we saw modern Westerns, and several black comedies were released. These movies were all great and entertaining as well. No matter what genre of film you like, the movies on this list will stand the test of time. The movies, even though it was not long ago, can be called classics now. If you have yet to see any of them, we advise watching one or two and see what you think before you rewatch them.