LeBron vs Jordan - who is the greatest? | The GOAT Debate

LeBron vs Jordan – who is the greatest?

The GOAT debate that will never end, LeBron vs Jordan, who is the greatest of all time. LeBron James and Michael Jordan are two of the greatest basketball players of all time but in two different ways.

Some fans think Jordan is the greatest basketball player of all time. Other fans are on the LeBron James side. Who is the best, LeBron vs Jordan?

No matter who you feel is the greatest between LeBron vs Jordan, one thing always remains true. Jordan and James are both one of a kind, and their skills are unlike any other players.

To answer the question, LeBron vs. Jordan – who is the greatest, there are many factors. The answer to the debate with Michael Jordan vs Lebron James will be determined.

Who is the goat, LeBron or Jordan? 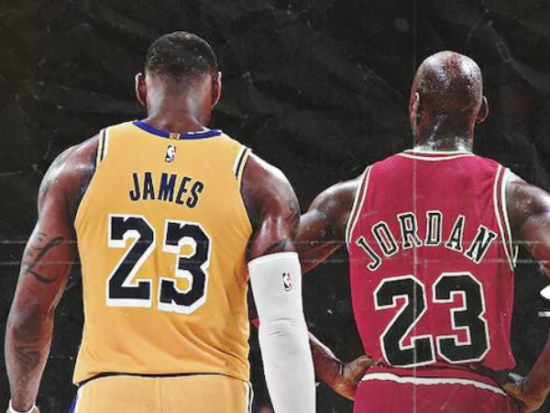 LeBron vs Jordan determining which one of these players is the goat has been a popular topic for quite a while. James has been compared to Michael Jordan as well as the late Kobe Bryant.

LeBron idolized Michael Jordan, and now it seems that the debate for which one of these players is the greatest player of all time continues.

These are two ways to look at which player is the greatest of all time. First, we will look at Micheal Jordan and his career.

Jordan has more awards than LeBron does. He has a better record in the NBA Finals. His record is 6-0, and he has won 6 NBA titles. Therefore, he has more rings than LeBron.

LeBron James’ numbers show that he is, in fact, a better overall player. However, Jordan has scored more overall and has a better finals record. LeBron’s stats show that he is more efficient than Jordan.

Jordan has a better free throw percentage, and that improves his points per game average. Both are close in their efficiency ratings. Michael Jordan had more steals per game than LeBron, but they are the same on blocks per game.

James has more turnovers than Jordan. LeBron could surpass Jordan since he is still playing, and he has some more years on his career.

As we look at the statistics for LeBron vs Jordan, it is easy to see how on paper LeBron is the greatest player of all time. Think about the Eastern Conference when Jordan was playing and the superstars that he had supporting him.

You can see a big difference. Even Steve Kerr commented about the skill of the players being totally different today than the 90s.

Supporting Players on the Team

Michael Jordan also only had a few big superstars supporting him. They were Scottie Pippen, Dennis Rodman, Robert Parish, and Artis Gilmore.

LeBron, on the other hand, has had many superstar supporting team members. He has played with Kyrie Irving, Kevin Love, Chris Bosh, Dwayne Wade, Anthony Davis, and Mo Williams.

James has had a lot of superstar players aide him since he began playing in the NBA. LeBron has had more seasons with hall of fame players than Jordan did. Michael Jordan has the advantage of playing with less talent around him.

LeBron James is also playing in the Western Conference, which has gotten weaker in the last few years. He has faced two dynasty teams since he started playing in the NBA.

Determining who the greatest player of all time between the two is a toss-up if you factor in all the stats and other determining factors.

On paper, if you compare the two players, numbers can decide who the goat is. 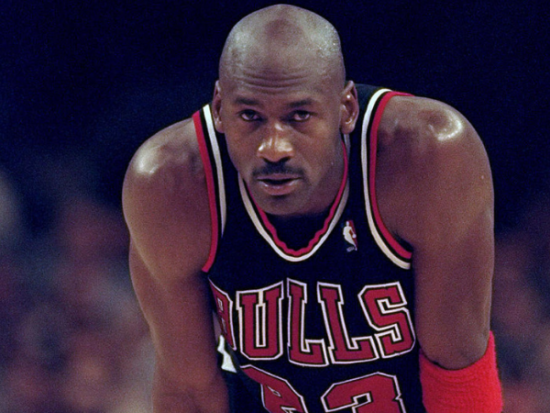 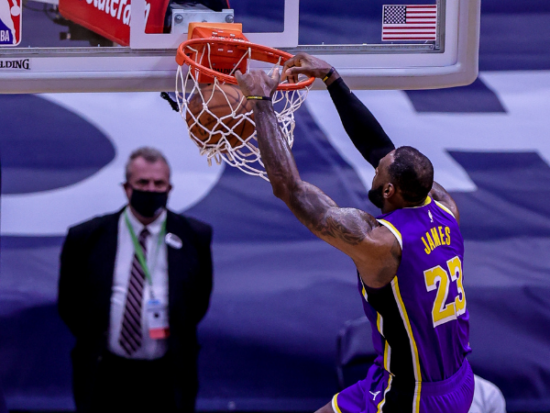 Who jumps higher, LeBron or Jordan? 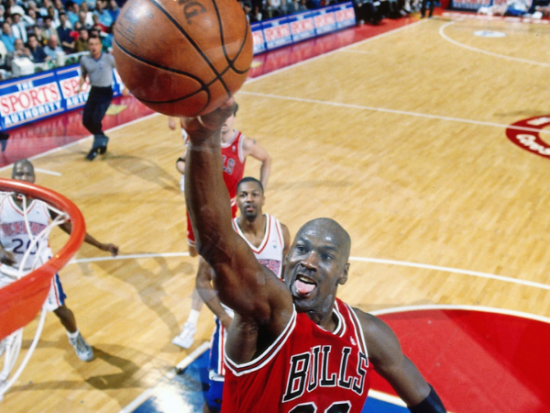 Michael Jordan is known to have the highest vertical leap in all of NBA history. Jordan was seen many times flying through the air at the Chicago Bulls games.

Michael Jordan is the owner of the vertical leap crown. His vertical leap is 48 inches high. He is 6 foot 6 inches, and he won slam dunk titles in 1987 and 1989.

Think of the vertical leap that Jordan has this way. He can jump 4 feet up into the sky. He jumps 5 inches higher than Vince Carter and 4 inches above LeBron James.

So the winner, hands down of the vertical leap between LeBron James and Michael Jordan, is MJ himself.

How Old Is Lebron James?

What was LeBron’s vertical? 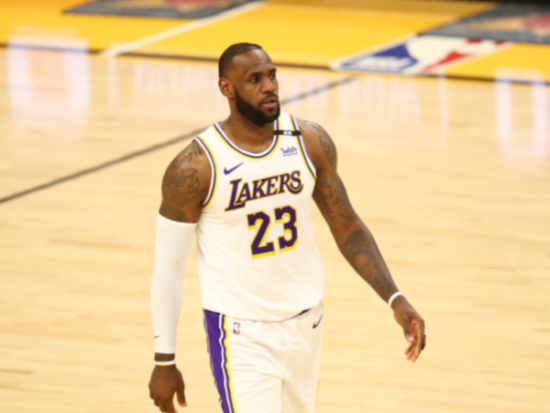 LeBron James has a vertical leap of 44 inches. He is 4 inches less than Michael Jordan’s. LeBron is also 2 inches taller than Jordan.

As far as his abilities on the court, they are outstanding. His vertical leap, however, is not as high as several other players.

To sum up the debate of who is the greatest NBA basketball player of all time, we must look at statistics and other factors. Michael Jordan and LeBron James are extremely talented players, and both have made a huge impact on the game itself.

Both of these players have won more games than they have lost in their careers. Michael Jordan did not beat the Celtic dynasty in the playoffs, and against Detroit, he had 25% wins.

Most of Jordan’s post-season win came from playing guys who did not have a championship ring. However, LeBron has played against many champions and hall of fame guys with many rings.

Both are superstars in their own right, but on paper, LeBron James is the better player. LeBron still has time left to play as well. In the debate of who is the greatest player of all time, it is up to you to truly determine that for yourself.