The poorest countries in the world in 2021 have been determined by the World Bank’s World Development Indicators (WDI). The 25 poorest countries are mostly, if not all, considered as developing countries. Their gross domestic income (GDI) and gross domestic product (GDP) per capita are significantly lower compared to other countries with citizens who have more spending power. Poverty then causes a domino effect, including lack of education, clean water and food, housing, and many other resources for living.

Millions of people in these countries live below the poverty line. It is an alarming issue that the United Nations have raised several times over the years. It seems like an impossible issue even to begin to tackle, much less rectify, but what man can do, man can undo. There is hope yet for these countries as emerging markets are now catering to many developing countries worldwide. 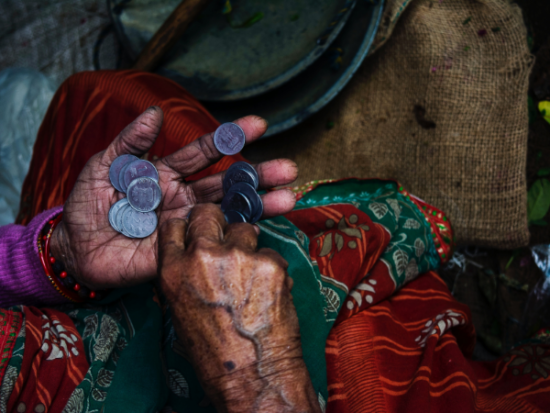 In a world where money classifies your status and determines the basic needs that can be met, being impoverished boils down to survival, not living. While countries like the United States house some of the wealthiest people on the planet, billions can’t afford three meals a day. This is a sad reality for the dozens of countries whose economic development is not only slow but often stagnant due to several reasons.

The economic and wealth disparity is astounding. Especially if you consider that the U.S. per capita GNI is around $55,000, these impoverished countries barely survive at a per capita GNI of $2,000 or less. While services and goods are significantly cheaper in these countries, their quality of living is still very much affected by their lack of a livable income.

The Poorest States in the US

Best States to Live in the US

The poorest countries in the world in 2021 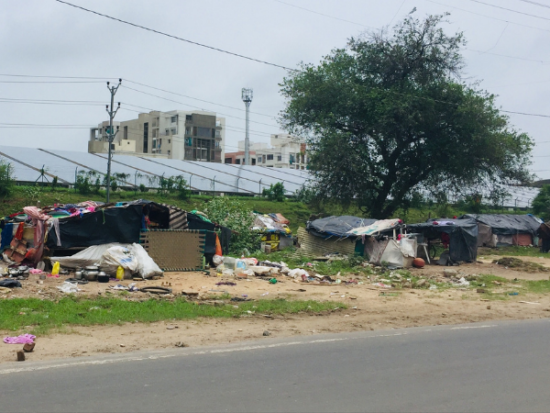 To measure a nation’s economic income, their GNI needs to be calculated. The gross national income or GNI is the value of a country’s final income divided by its current population. It measures the total economic activity based on the income paid to generate the output that sums up the GDP. It is usually converted to U.S. dollars for exchange rates and comparison worldwide.

According to the World Bank, countries that generate a per capita of less than $1,026 are considered low-income countries. While the global economy suffered during the pandemic, some nations took the blow harder than others. Below are ten of the poorest countries in the world in the year 2021. 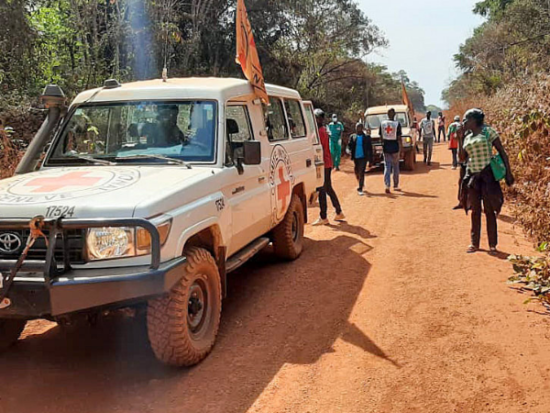 The Central African Republic’s GNI is the lowest of any country in the world. This may have had to do with the country’s long history of colonialism. They only gained independence from France in 1960, just a little over 60 years ago. Many upheavals have since torn the country, such as coups, religious violence, and corrupt government officials.

A brutal 12-year civil war in 1994 between the Tutsi and the Hutu people set the country back for generations to come. It doesn’t help that Burundi’s public sector is among the most corrupt in the entire world. Less than 10% of the country’s population has access to electricity and even less than modern technology and the internet. 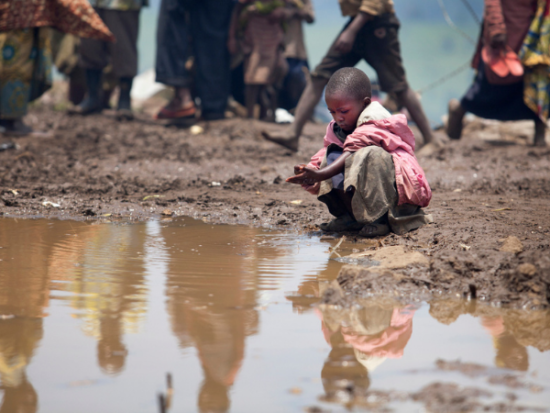 The DCR is a country rich in natural resources like copper, diamonds, and other minerals. However, the civil wars raging in the country have caused over 6 million deaths and displacement. Corruption and lack of basic infrastructures also contribute to the country’s declining economic growth.

Also, only gaining independence from France in 1960, Niger’s economy suffered greatly. Over 80% of their population live in rural areas without electricity or vital facilities like hospitals. The nation has long been plagued with political instability and coups. Even those who live in urban areas often populate the slums. Although, the country did see a significant 4.9% economic growth in 2017. 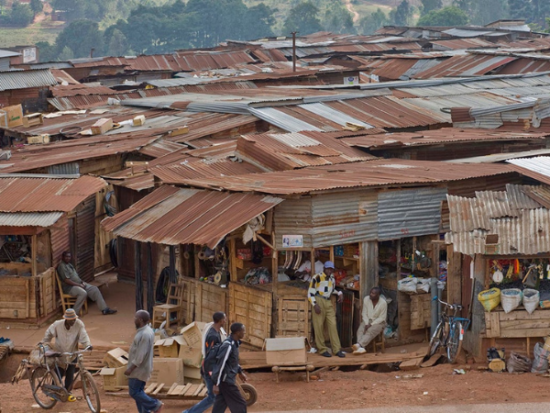 A staggering population of over 70% lives on less than $1.90 a day in Malawi. Impoverished countries often rely heavily on agriculture, and Malawi is no different. Farming is the main source of income for many families in the country. The continuous spread of viral diseases such as HIV has also greatly affected the country’s population and mortality rate.

Africa’s oldest republic is still battling against poverty and has ranked among lists like these for the longest. The end of the civil war in 2003 has brought some peace and stability but not enough to raise citizens out of poverty. Corrupt government bodies failed to address their citizens’ needs, and the Ebola epidemic that hit West Africa in 2014 did not help matters. 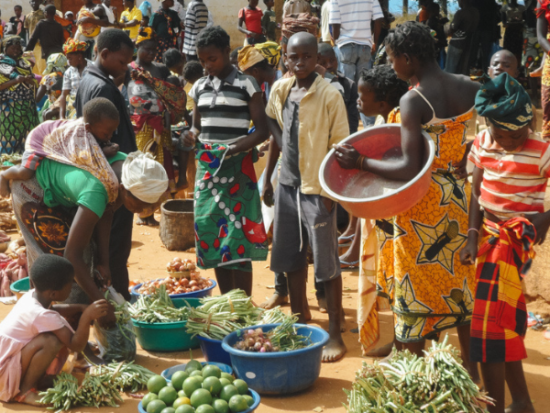 The former Portuguese colony has been a constant source of arable land, natural gas, and water for locals. But a 15-year long civil war that ended in 1992, extreme climate conditions, and political instability continue to hinder the country’s growth. Since 2017, Islamic insurgent groups have also been terrorizing their northern regions. However, a recent French investment worth billions is giving citizens hope for a better future.

Located in East Africa, Madagascar is the fourth largest island in the world. It has inspired many Hollywood movies and documentaries with its astonishingly rich wildlife.

However, tourism has not been enough to sustain the country. The majority of locals depend on farming and agriculture, but their location leaves them vulnerable to weather disasters. The nation has also experienced bouts of violent coups and corruption over the recent years. 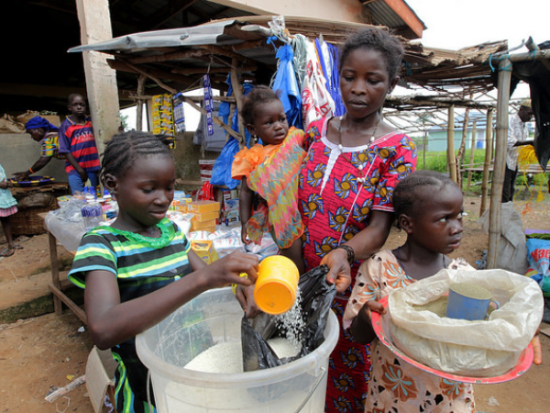 Much like the other countries in West Africa, Sierra Leone is also rich in natural resources. Unfortunately, its diamonds and minerals fueled a devastating civil war for years with thousands of casualties. Their corrupt public sector has also done next to nothing to change their impoverished state. The country was also among the hardest to be hit by the Ebola epidemic.

Afghanistan has been stereotyped as a country with chronic warfare. Due to the civil and political unrest in the country, proper and meaningful economic investments and development have been difficult to achieve. Following the 9/11 attack on U.S. soil, the U.S. military has forced their presence in the country. To this day, insurgent forces continue to threaten the nation’s stability.

Among the United Nations’ 17 Sustainable Development Goals, eradicating poverty is number one. In 2015, the U.N. called for these SDGs to help address global issues by the year 2030.

The call for “no poverty” is “to end poverty in all its forms, everywhere.” While this goal is generic at best, there are already thousands of programs worldwide that have been launched in honor of SDG 1, along with other SDGs. Most are from non-profit organizations in partnership with the U.N. and their many umbrella groups.

What is the cause of poverty for the poorest countries in the world? 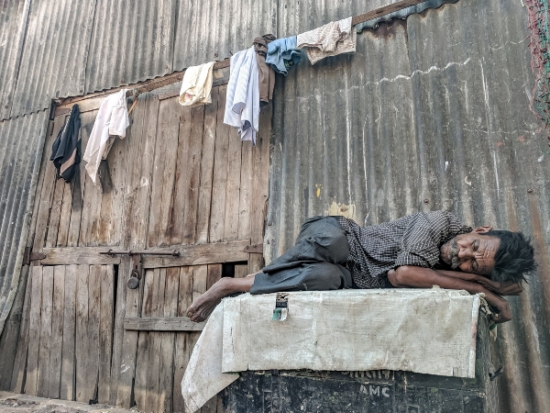 Many, if not most, of the world’s poorest countries on this list live in long-term poverty because of several factors. These factors continue to hamper their economic development and have done so dozens of generations back. Political instability, warfare, and strife, colonialism, capitalism, national debt, social unrest, hostile neighboring countries, and the occasional extreme weather and land conditions.

Economists call these “cycles of poverty” gone on for hundreds of years in some developing nations. By failing to address even just one of the key factors that cause a country’s state of poverty, there cannot be a solution for the rest. For example, by failing to address the lack of education among children, the country’s future workforce will also have a higher rate of illiteracy, which will, in turn, put off some markets and industries from investing in the country.

How can a developing country improve its economy?

It is hard to pinpoint just one root cause for poverty. Often, it is a mix of the factors mentioned above and more. Although, one cannot deny that at the hands of good leadership and an uncorrupt government, a country has a good fighting chance of leaving poverty behind. Many nations were once considered as “third world” but are now prospering above and beyond expectations. All because of good governance and reformed systems.

However, it is important to remember that developing countries have so much potential. They have immense room for economic growth if only wealthier nations will invest in their markets. Investing in people pays off, and with this, education, housing, food, and other basic needs must be met for each citizen. Addressing other pressing issues like colonialism and warfare in these countries would also be a great start. By declaring a country independent and war-free, they are given a chance at prosperity.

The hardest part about a capitalist world that revolves around money is that money is no longer a currency but a necessity. A person’s purchasing power determines their standards of living. Whether they will live in a house or on the streets, whether they can have access to clean water or not, this is a tragic reality and an urgent crisis that needs to be addressed.

Wealth hoarding and colonial settlement are also among the main reasons for poverty in many African countries. These nations have abundant natural resources, but they do not own nor have access to most of it because of colonial rulers from the West. It all seems like one big, impossible equation, but it is pretty simple. It all boils down to this: the world has enough wealth and resources for all, proper distribution is the problem. No one should live in poverty, and yet, lists such as this still exist.