7 Best comedy specials on Netflix in 2021 | Ranked and Reviewed

What are some of the best comedy specials on Netflix? Have you been feeling down lately? Are you anxious, depressed, overburdened, or perhaps just lazy? People say, “when the going gets tough, the tough get going.”

We say when the going gets tough, all you need is a good laugh. Laughter can work miracles and be just the dose you need to get back on your feet.

Stand-up comedy is perhaps the most popular, fundamental, and profound medium of humorous speech. It enhances social engagement by encouraging people to unwind and laugh at the moment simply. People can now enjoy at home through some of the best comedy specials on Netflix. A solution we did not know we needed.

Which Stand-Up Should I Watch On Netflix? 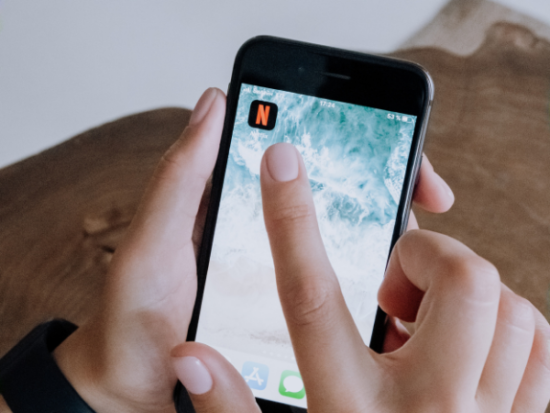 Sometimes it’s alright to hit the pause button. And what better way to hit pause than to watch the best comedy specials on Netflix. In no particular order, these are the seven best options you can choose from to lighten up your mood in minutes. 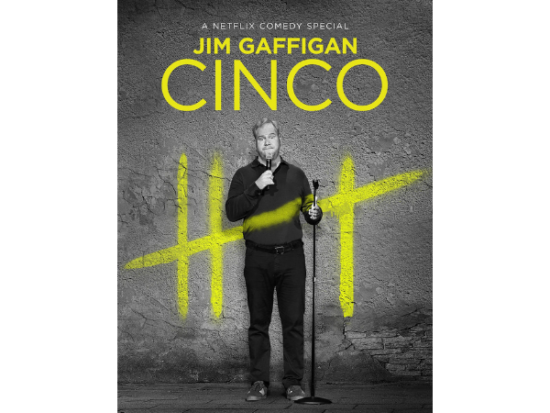 You usually know exactly what you are going to get with Jim, but there’s something about him that won’t stop you from watching him regardless. Almost like that dish at your favorite restaurant.

You know what it tastes like, and you have had it a million times. Does that stop you from going again? Does it not taste as impressive always?

Jim Gaffigan’s Cinco is an extension of his signature style comedy. Throughout his career, Gaffigan has focused on food, relationships, and the overall weirdness of daily life. In Cinco, he humors the birth of his fifth child and his eating disorders. He is fat, he knows it, and he wants the world to know it too.

Gaffigan’s pleasures and complaints are primarily focused on the domestic life he has happily grown into. Contrary to the more well-known comedian, Louis CK., Gaffigan isn’t posing as an intellectual to convey a fundamental “reality” to his viewers. He offers a viewpoint that is both more intimate and more relevant.

Wanda Sykes doesn’t deliver the comedy she performs. She will keep you up and at the edge of your seat for the entire sixty-minute show.

Her show is unfiltered and brutally honest. You can count on Sykes to tell it how it is. Not without being hilarious.

Sykes offers funny and robust criticism of the world’s state, sharing her outlook on the present political and cultural situation. Like most comedians, she hilariously dumps on Trump, be it his age of administration. A prudent yet funny comparison is made to Obamas time. This, however, is not the highlight.

The special gets entertaining when Sykes moves on to her personal life. She addresses the different lives black and white people have and what that means to her. This is where Sykes has the audience hooked. You will find yourself both laughing and absorbing guidance as she ends the show with menopause.

3. Trevor Noah, Afraid of the Dark 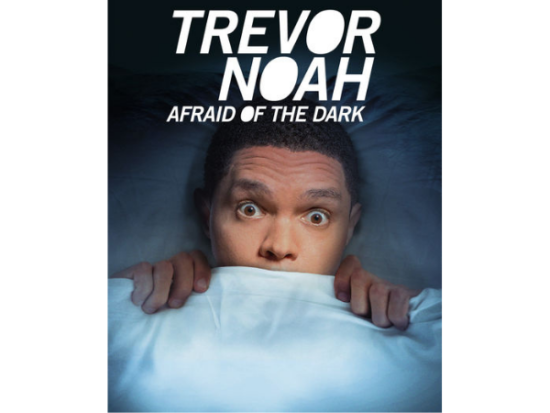 Trevor Noah, the daily show’s host, presents news on the world and American political issues amusingly. His standup comedy special, ‘Afraid of the dark,’ is no less entertaining. He cleverly destroys Western culture for all its quirks and silliness, much as he does on The Daily Show. Noah makes fun while expressing the love he has for the world he now calls home.

He tells his tale of coming to America and uses various accents to tackle the rising globalization impacting the whole world. Throughout the hour, Trevor’s primary focus and obsession are being an immigrant.

He highlights the notion of visiting a foreign nation and learning about their history, the many implications that accents have, and the cultural shock. Noah humors how traffic lights make New York people unstoppable and why you should not drink in Scotland.

He doesn’t act like a clown on stage but becomes a theatre artist. Someone who can play several characters at once, creating identities with their voice and stance. He won’t have you rolling in laughter, but you will have a good time.

4. Chelsea Peretti, One of the Greats

Chelsea Peretti is none other than our beloved Gina Linetti from the famous sitcom Brooklynn 99. Since her reel humor had won millions of hearts, people had a lot of expectations from her. Safe to say she delivers. The show is called a national treasure by the AV club, and the TV guide claims it’s a scene stealer. We agree.

Peretti’s standup while dark is brilliantly executed. This 74-minute comedy special truly is one of the greats. A narrator recounts the “trials and tribulations” that brought her to this stage, from an uncomfortable childhood to a soundcheck before the show.

The following sequence is valid painful, Peretti: skillfully crafted jokes discussing gender jokes to dog walking. She executes the humor with tons of charisma, with just a hint of the mystical. Just like its witty description, it is one of the greats and needs to be included in your watch list.

Well, before the hour-plus set ends, all misconceptions about females in standup are put to rest. Her energizing comic timing and voice may not be for everybody, but her unique style is a big part of her charm for those who match her wavelength. 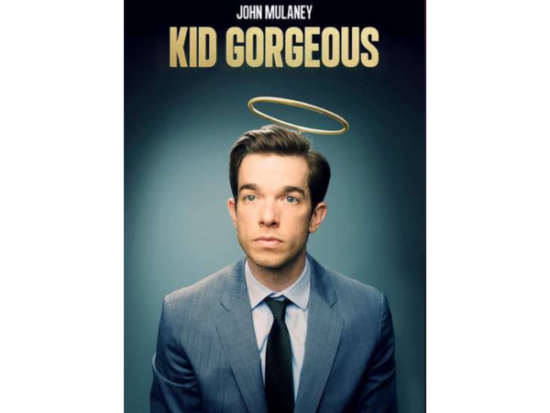 Often compared to Jerry Seinfeld, John Mulaney is one of the sharpest writers. Kid Gorgeous at Radio City is considered one of the best comedy specials on Netflix and a must-watch.

Perhaps the show’s highlight is his extended metaphor for the president to an ‘a horse lose in the hospital’. While failed American politics remains the focus of multiple comedians, the way Mulaney handles it with this analogy is beyond terrific.

The rest of the show is filled with anecdotes describing his relationship with his father, childhood, college, and domestic life. The show’s closing episode features tales from Mulaney’s religious experience, as he recounts Bible stories, sermons, and verses that influenced his spiritual learning as a teenager. The show is also a must-watch. It is only his tone and way signature delivery that can pull of this script.

Hasan Minhaj, popularly known for the Daily Show, comes with a bang in this comedy special. Without letting negativity overpower his stand-up performance, he recounts the difficulties of being brown. He creatively humors the audience with hilarious anecdotes from his life as an American.

His brutal honesty and perfect execution will make it the best 70 minutes you have spent. And if you are also a brown American, this show is definitely for you. He discusses racism, bullying, and how tiresome fulfilling his immigrant parents’ high demands are.

His show has an emotional element that connects with his audience. Homecoming King got a lot of praise from critics, with some also naming it one of the best comedy specials on Netflix. In 2018, the special received a Peabody Award. 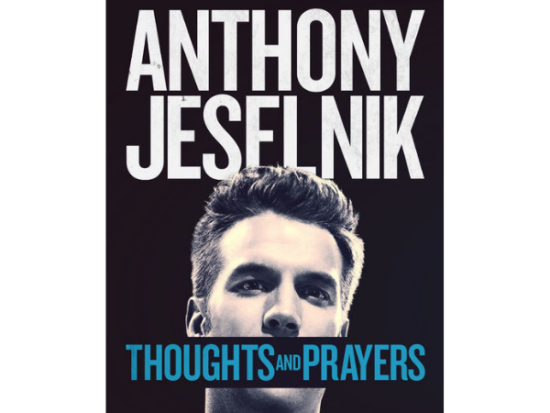 After Anthony Jeselnik’s comedy central show was canceled, ‘Thought and Prayers’ premiered on Netflix. Jeselnik is brutal and unapologetic.

He doesn’t care if he gets the audience mad. His ultimate aim is to make a joke. He will playfully target every single thing he possibly can, including himself.

Few comedians recognize the strength and significance of playing the antagonist. Even the people in the audience are unaware of the role’s importance. Jeselnik’s edge personality takes over the room and has everyone laughing at themselves more than anything else. More than anything, it is power.

If you aren’t a part of the joke police and enjoy humor without taking offense, Anthony Jeselnik is your guy. According to him, the response from his audience decides how cool they are and how they feel about him is insignificant. Watch Thoughts and Prayers to determine where your thoughts and prayers go after the show.

Who is the #1 Comedian in the World?

Names like Tom Segura, Patton Oswalt, Michelle Wolf have done some of the greatest standup comedies on Netflix. Who is considered the number one comedian in the world, though? Jerry Seinfeld is currently the highest-paid comedian.

Jerome Allen Seinfeld is a stand-up performer from the United States. He is most known for co-creating and writing the comedy Seinfeld, where he played a moderate fiction portrayal.

He was rated the 12th best stand-up comic of all time by Comedy Central in 2004. Seinfeld has received twenty Primetime Emmy Award nominations and four Grammy Awards nominations for his contribution as a comedian. That is highly impressive.

With the infinite possibilities this streaming service provides, you can never run out of entertainment on Netflix. Other than the ones I have listed, several other standup comedians like Ali Wong, Chris Rock, and Sarah Silverman.

So what are you waiting for? Whether you are interested in politics, culture, relatable, or dark humor, Netflix has got you covered. Choose what interests you the most and escape from all worldly problems. Laugh till your stomach hurts, and your life feels refreshed.