The history of video games | All You Need to Know

The history of video games

Today, most of us cannot imagine our life without our Xbox 360 or our PlayStations to take us on challenging quests and adventures. Video games have become a necessity for old and young alike. They give us the touch of fantasy we all crave, and they are surprisingly good for us.

Video games help our brains exercise and increase concentration. They improve hand-eye coordination as well when played within limits. The history of video games is quite exciting, and many of us have no idea about it.

Video games seem to be a thing of the recent past, but we were astonished to learn that they date back to the late 1950s. Since then, the importance of video games was recognized, and scientists have worked relentlessly to develop innovations and creations, making these games a considerable part of our lives.

When were the first video games developed? 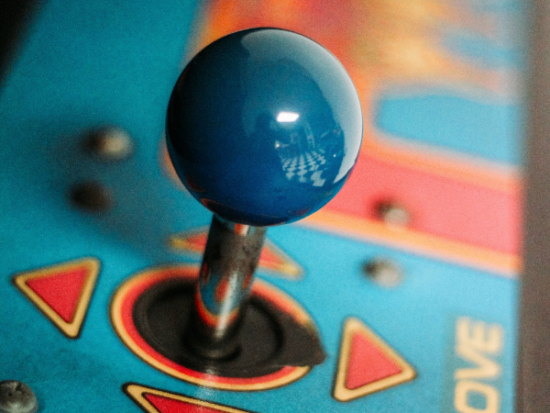 The first-ever simulation of a video game has been developed by scientists on their mainframe computers back in the late 1950s. It was an effortless creation, not open to the public. It was just a test, and it showed promise. The student engineers had no idea that their simple experiment would soon take over the world.

The simple simulation developed by these engineers was a duel between two space ships, which became such a big sensation that its popularity spread like wildfire to other campuses and institutions.

Soon ‘Space war’ became the first game to be played with a video screening, but in the early 1960s, computers were still not a consumer commodity. This is why this game was never introduced to the general public. This was just a prototype that created a spark of things to come.

The first real porotype of a video game was created in 1966 when a tv engineer figured out how to let the user interact with a television. Now televisions were something that most households had by this time. So, it was only natural that any invention that was to be used by the public should be something that could be connected to your television. 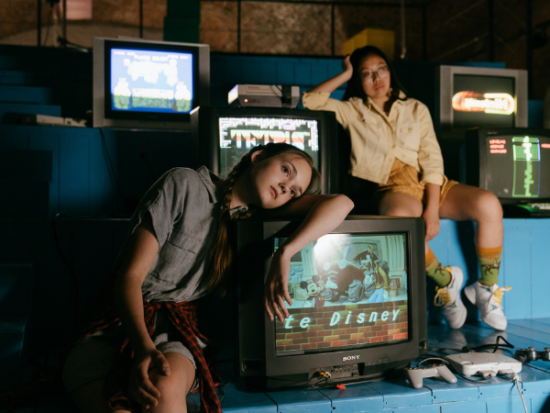 This is how TV Game Unit#1 was developed. It was an alignment generator that displayed a dot on the TV screen. This dot could be maneuvered and controlled by the users. This made video game news all over the world.

Slowly, with a lot of experimentation and determination, these porotypes kept evolving and turned into multi-players and were nicknamed ‘Brown Box.’ This was the base of the gaming consoles we see today.

Big arcade games like Pac-Man were developed simultaneously by merging the idea of pinball with the concept of ‘Space Wars.’ These coin-operated video games first hit the markets in 1971.

Even though the first of its kind, ‘Computer Space’ was a flop due to its complex nature. Its creators did not give up and kept coming up with new and more user-friendly games.

Which gaming console was established first? 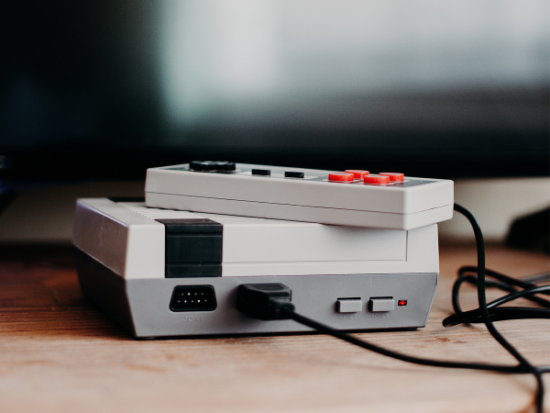 According to the history of video games, Atari INC was created in 1972 by two partners who were equally passionate about arcade games and had an evident vision of integrating video games into the consumers’ lives. Atari 2600 released PONG in the same year as its establishment – an arcade game that was an instant hit.

Even though Magnavox Odyssey was formed slightly before Atari, it was not considered a commercial success due to the complex nature. The two companies were established and worked parallel to each other. There was constant competition between them, which pushed them to keep trying and developing better games.

Since the video game was so lucrative, many inexperienced players tried to develop their gaming consoles and game cartridge. The market was flooded with low-quality video games, which disappointed the consumers. The market became saturated with ineffective creations that made the users lose trust in the gaming companies.

In 1983, the video game market crashed and badly affected all the big, legitimate companies. This crash allowed more competitors to enter the market. The industry needed to win back the consumers’ trust and had no choice but to let new entrants come in and help develop something new for the first time in the history of video games.

This was when the Japanese play video games companies entered the market. Their superior quality and technical ingenuity quickly made them the market leaders. Nintendo, a Japanese gaming company, Nintendo released in the US, helping the industry rebound.

Beginning of the handheld consoles – The Console Wars 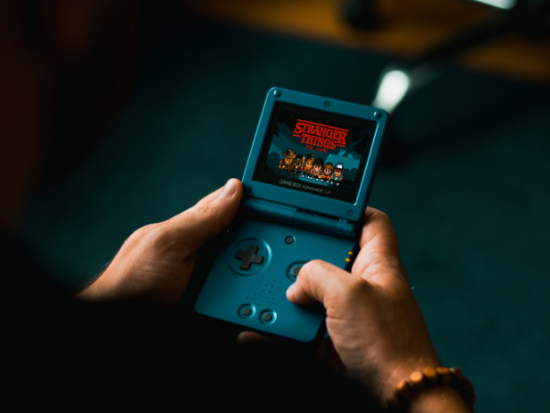 After the video game market crashed, international gaming companies entered the market and brought with them innovations. As the market steadied itself, the local American companies started getting back their power.

Sega, a US-based gaming giant, was in heavy competition with the Japanese Nintendo. This competition created multiple new games and creations, benefitting the consumers. One would try to outdo the other by developing new and improved products. But in the 1990s, Nintendo won the race by being the first to introduce a hand-held video game console, Game Boy.

Nintendo made history in the video games industry, with games like Monster Hunter, Legend of Zelda, Space Invaders, and more. This is all by introducing a device that you could have on you at all times.

A personal console that the user could carry around with them. It was a total game-changer for the industry. Sega launched Game Gear to compete with Game Boy but could not win back the market. The two stayed at loggerheads for most of the 1990s.

Related Article: What to Know About Discord Streaming

How did CD Roms come into play? 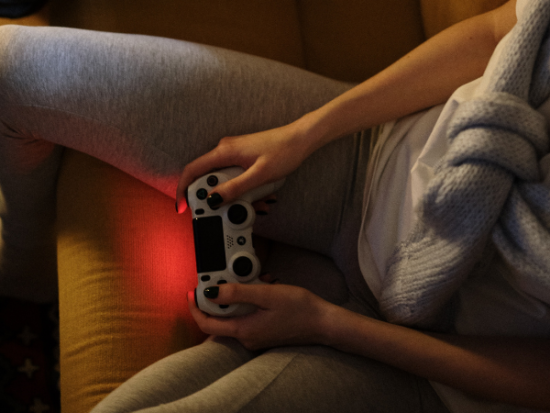 The 1990s saw the introduction of optical media with the use of CD ROMs. Shifts in technology were seen all over the world. The introduction of the graphic card was made, which led to more superior quality video games.

Sony became the market leader with the Sony Play Station, pushing away all other competition with its technologically advanced consoles and graphics. Play station had games on CDs, whose graphics were more detailed and visually more appealing.

Personal home computers added a CD ROM in their hardware so games could be played on them. Individual Computer game companies were also trying to keep their share of the video game market.

Microsoft launched the XBOX because their computers were unable to compete with Sonys million units of gaming consoles. While these two giants were fighting for the market share, Nintendo Entertainment System (NES) took this opportunity to develop motion-sensing interactive gaming and launched Wii. 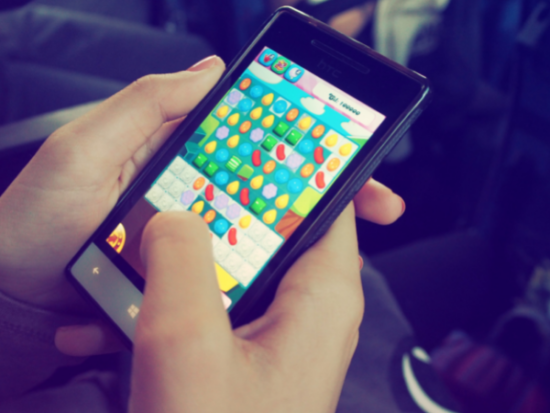 As smartphones started taking over in the 2000s, it was only natural that games would be developed for them. Tablets and smartphones became the new handheld gaming consoles. It became more convenient to play games on the go.

Instead of carrying a cell phone and a game boy, it was easier to download games on one’s phone and play whenever needed. With time, it became possible to play games with other players using the internet. The mobile gaming world became more and more interactive post-2010.

The world of video games has evolved over the last decade, and we have seen the shift in front of our eyes. Gaming today has become more interactive in Real-Time than ever before. It is not just fun and games now, but a way to increase cognition, learning, and developing essential skills.

All the cons in video games before, that is, lack of physical exercise, etc., have now been overcome and turned into pros. You have technologically advanced games which help you increase your brain activity as well as your physical activity.

MOST READ
Gadgets Google’s second trial at computer glasses translates conversations in real time
Gadgets User Guide: How to Track a Lost iPhone
Gadgets Everything You Need to Know About the Tesla Phone
Gadgets What is a Dash Cam and Why Should I Have One?
DID YOU KNOW?
The 12 Best Lat Exercises for Muscle Growth
Countdown to summer: tips for learning how to surf
User Guide: How to Track a Lost iPhone
The Best Filipino Food to Try When Visiting the Philippines
Water Filter Pitcher: The secret to having clean water at home
Top 15 Most Beautiful Flowers in the World