The big question for U.S. gaming companies when they report results in the coming days is whether players will remain hooked on “Call of Duty”, “Grand Theft Auto” and “NBA 2K21” after life returns to some normalcy following vaccine rollouts.

Huge demand during the pandemic for game titles propped up results for Electronic Arts Inc, Activision Blizzard Inc and Take-Two Interactive Software Inc over the past few quarters. Most analysts are bullish and think the sales momentum can be sustained; some are a bit more skeptical.

“This could potentially mean that restaurants, bars, movie theaters, sports events, and other options are going to take video game consumers away from the digital world and into the real world.”

The video gaming industry has seen a surge in sales over the past year as gamers remained indoors, but with the roll-out of COVID-19 vaccines and easing of restrictions, people are venturing outdoors.

The gaming frenzy drove worldwide console sales to a record $56 billion in 2020. High demand also fueled a global shortage in semiconductor chips that has roiled the industry.

Moreover, publishers also need to keep refreshing their top-selling titles such as “Overwatch”, “Battlefield” and “Grand Theft Auto” to attract new gamers and retain old ones, as they face fierce competition.

Activision, which is expected to report after the market close on Tuesday, is anticipated to post a rise in revenue as it continued to benefit from its popular title “Call of Duty: Black Ops Cold War”. 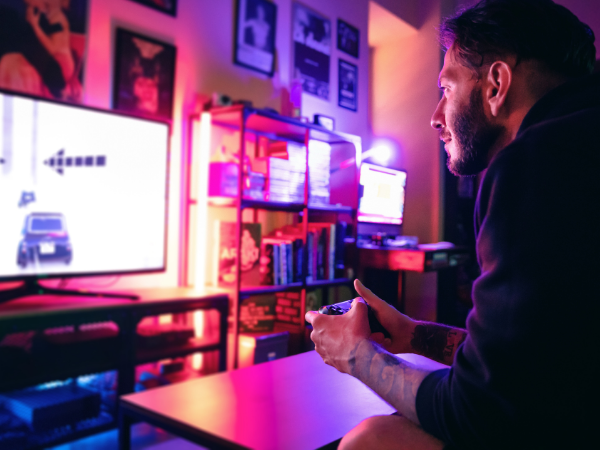 Similarly, analysts expect EA to also come out with a strong picture after its acquisitions of Codemasters, the publisher behind top racing titles like “F1” and “Dirt”, and the “Kim Kardashian: Hollywood” creator Glu Mobile.

“Video games are as popular as ever. We don’t see that changing any time soon,” Jefferies analysts wrote in a note