Are you looking for the best thriller films on Netflix? Everyone needs something to do nowadays, mainly because of the coronavirus pandemic. Thankfully, we can binge on numerous movies from the streaming service. Take your smartphone, open the Netflix app, and check our recommendations below.

We’ll explore our suggestions for slow-burn thrillers. These are a mix of current releases and decade-old classics, but we didn’t arrange them in any order. We understand everyone has unique tastes, so we’d like you to check them yourself. Tap them on the app, and see if you want our picks.

Most people worldwide have isolated themselves because of the COVID-19 crisis. Surrounded by only our gadgets, we’re highly tempted to browse the internet. Unfortunately, we tend to browse coronavirus updates and news, worsening isolation for some. Hopefully, these thriller films could serve as a better pastime. 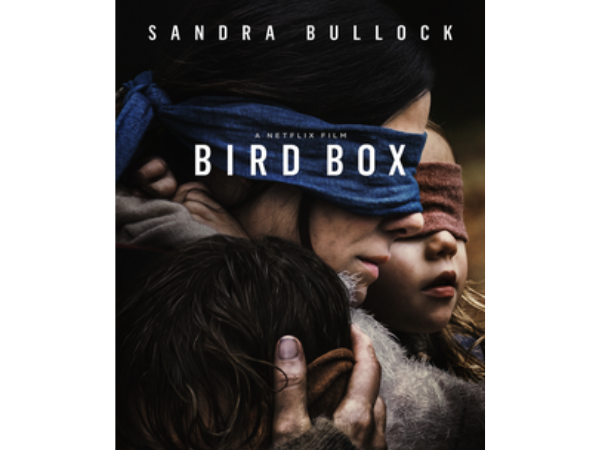 You might remember this film as the source of the Bird Box challenge. Cringy internet content aside, it’s one of the best thrillers movies on Netflix.

It starts five years after the end of the world. Malorie and her small band of survivors takes shelter. Later on, they exhaust their supplies and realize they must reach a store.

Then, we find out that an unknown terror has caused the end of the world. Seeing it drives people mad to the point of committing suicide.

In response, they embark for supplies while wearing blindfolds. All the while, Malorie reminds the crew to keep their eye coverings on, no matter what they hear.

If you’re sick of CGI and high-pitch scares, then this might be the best thriller film on Netflix. It replaces those tired tropes with a foreboding atmosphere.

Susanne Bier directed this subtle masterpiece, and it stars Sandra Bullock and John Malkovich. Bird Box is one thriller film to keep your eyes on! 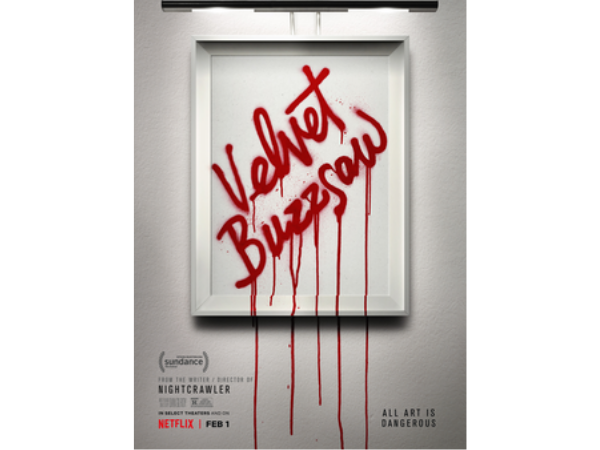 Here’s an unlikely combo: a thriller with themes of modern art. If you’re up for this unique blend, then Velvet Buzzsaw might be one of the best thriller movies on Netflix.

The movie starts with Josephina, assistant to an agent named Rhodora Haze. She goes up her neighbor’s stairs to find him dead in the hallway.

Josephina peeks into his flat and stumbles upon dozens of mesmerizing paintings. Captivated by their beauty, she looks for more information.

Later, she discovers that she lived next door to a troubled artist. In his last moments, he was trying to destroy his masterpieces. Perhaps she should have seen it as an ominous sign.

She unveiled the art to the public and handed them over for the right price. We see throughout the film how the buyers died as they were absorbed in the art.

Surprisingly, it seems to have a profound message. Specifically, it suggests that someone can’t remain an outsider to true art. Eventually, these people will get sucked into it.

It’s one of the best thriller films on Netflix that delivers more than thrills. If you’re up for heady themes about art, then let Velvet Buzzsaw mesmerize you. 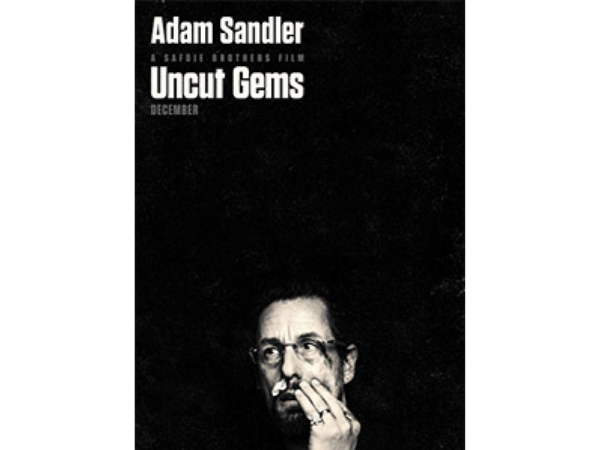 As the name suggests, the movie begins by taking us inside a black opal. It proceeds with a sequence illustrating the opal’s shimmer and sparkle.

Later, it transforms into the insides of a human colon. It belongs to Howard, who’s undergoing a colonoscopy. We later realize that the film strikes a metaphor between the two.

They symbolize Howard’s desire for wealth, and it’s appropriate since he owns a jewelry store. Unfortunately for Howard, his gambling addiction sets the movie’s events in motion.

While watching the film, we get to see his struggle to pay them down. The movie shows us how he takes on more risks to pay them off.

Just like Good Time, it uses the urban expanse of New York City to make us feel on edge effectively. It’s another one of the best thrillers on Netflix, co-written by Josh and Benny Safdie.

Uncut Gems features Adam Sandler as Howard. If you’re up for a thriller by the Safdie brothers, you won’t let it be unwatched. 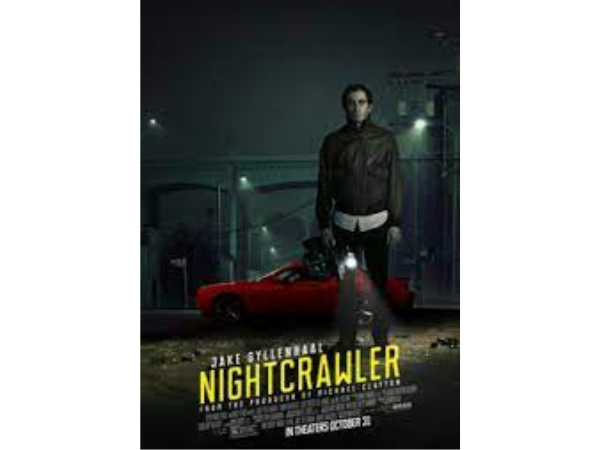 The film starts with Lou Bloom cutting through a fence. He hopes to sell the scrap metal to earn some pocket money. One night, he stumbles upon camera operators filming a car accident.

Lou asks the lead cameraman about their TV station. He then learns that they’re freelancers who check for car wrecks and crimes. Then, they capture it on camera and sell the footage.

He realizes that this may pay better than his current means. In response, he buys a camera and tries it out for himself. Lou then proceeds to the local news station and meets Nina Romina.

She then tells Lou not to cover events in nonwhite or impoverished areas. Instead, the young man should check out rich white folks for better footage.

Soon, things take a sinister turn. Lou Bloom ends up staging circumstances to create scenes he could record and sell. The stakes escalate into one of the best thriller movies on Netflix.

Dan Gilroy directed Nightcrawler, and it stars Jake Gyllenhaal as Lou Bloom. If you need a late-night thriller, this might be the film for you. 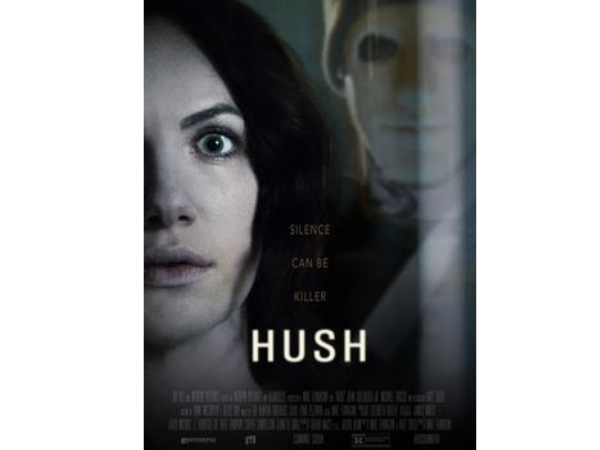 It opens with a deaf-mute writer named Maddie, who lives in a secluded house. She’s featured cooking dinner in the first scene. We hear the onions being chopped and eggs cracking open.

Then, it smoothly shows us that she can’t hear. The scene closes in on her face while the sound gradually falls away. She’s been deaf since her childhood, and we get to learn more in the film.

Suddenly, her friend Sarah pounds at the door, asking Maddie to let her in. Since she can’t hear, Maddie doesn’t respond. A maniac cuts Sarah’s throat ten feet from Maddie, but no reaction.

The masked killer noticed this and decided to mess with Maddie throughout the movie. The tension from his actions makes Hush one of the best thrillers films on Netflix.

If you’re tired of the cliche jump scares from most flicks, this might be for you. Like its namesake, Hush is a mostly silent film.

Related Article: How to Pay Off Debt 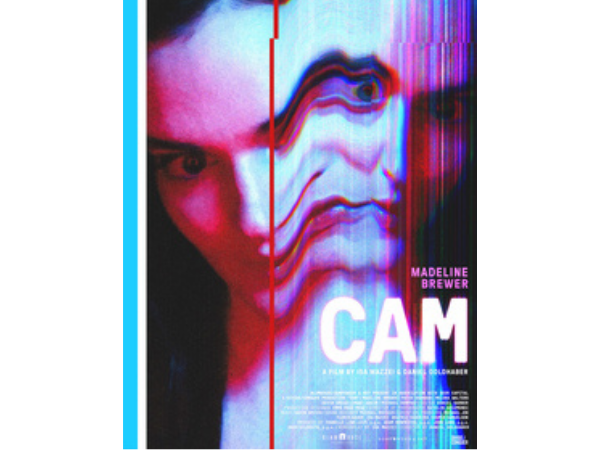 Ever wanted a thriller that mixes horror and sci-fi effectively? Many films have tried and failed. Cam is one of the best thriller movies on Netflix that probably succeeded.

It starts with the main character Alice streaming as a cam girl. She hasn’t told her mother how she’s growing more popular on the website as Lola.

Loyal subscribers like Tinker and Barney fuel her fanbase. However, she’s not like the other girls. Instead of featuring risque content, she fakes slicing her throat and other morbid scenes.

Alice goes the extra mile for her fans by using elaborate makeup and props. Cam is one of the best thriller films on Netflix that questions people’s lengths for online attention.

However, the tension starts when Alice finds Lola streaming without her. Someone who looks like her has stolen her identity.

Despite this, the customer service reps and the police ignore the problem. They thought nothing of it since it’s just a cam girl account.

Then, Cam further escalates the stakes and proves it’s one of the best thriller movies on Netflix. Eventually, the flick compares the panicked Alice and the well-received fake Lola. 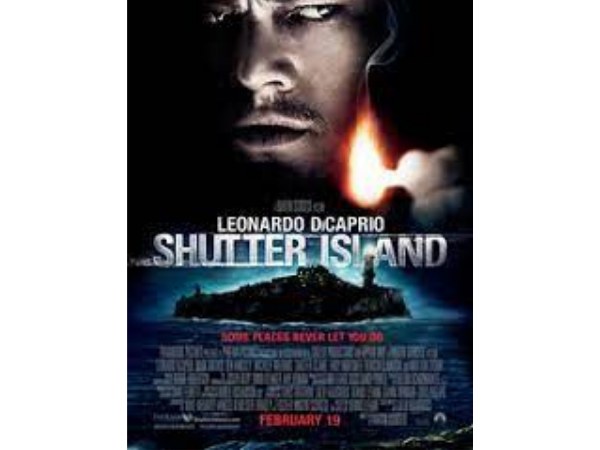 This film starts with US Marshall Teddy Daniels and Chuck Aule. They are investigating the mysterious disappearance of a child murderer.

Their clues have led them to Shutter Island, a fort constructed during the Civil War. Now, it’s been repurposed as a detention facility for the criminally insane.

Unfortunately, they soon discover that they cannot leave the island alive. Throughout the film, we see them try to escape the secluded island.

What’s more, Teddy Daniels ends up uncovering details of his past as well. You’ll have to watch this psychological thriller to find out!

It’s one of the best thriller movies on Netflix just for that twist in the end. Let’s just say it completely turns the flick over its head.

Even better, it has a great cast starring Leonardo DiCaprio as Teddy Daniels. Also, Ben Kingsley steals the show with his role as the prison’s medical director.

Martin Scorsese directed Shutter Island. With a stellar cast and a legendary director, you should give this one a try.

These were our picks for the best thriller movies on Netflix. Just tap that app and check these films and other options. We can’t cover all the thrillers in only one article!

You might find other ones we didn’t discuss. For example, you may like The Gift starring Joel Edgerton or movie adaptations of Stephen King’s novels.

Keep in mind that your selection will depend on your location. Some Netflix originals might not be available in your country.

Nevertheless, just check these out if you have a Netflix subscription. Even better, you may invite your friends for a viewing and dinner party via Zoom!