U.S. retail sales fell more than expected in February amid bitterly cold weather across the country, but a rebound is likely as the government disburses another round of pandemic relief money to mostly lower- and middle-income households.

Other data on Tuesday showed import prices increasing strongly last month, driven by rising commodity prices, bolstering expectations of higher inflation this year. Federal Reserve officials, who were due to start a two-day meeting later on Tuesday, are likely to shrug off the broad weakness in sales. 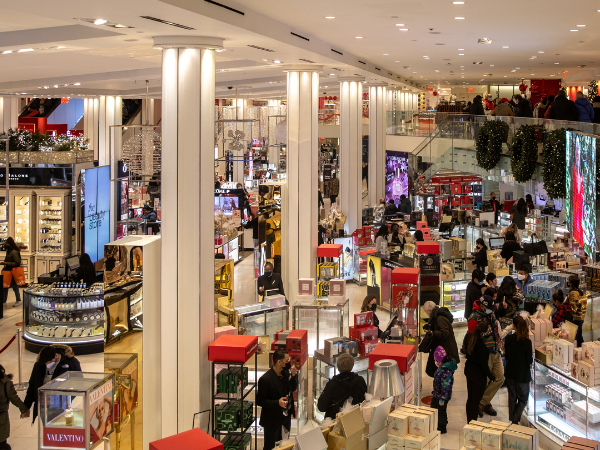 “With healthier and warmer days nearing, and generous stimulus checks on their way, consumers are poised to shake off the winter chills,” said Lydia Boussour, lead U.S. economist at Oxford Economics in New York. “This year, we expect the combination of an improved health situation and generous fiscal stimulus to fuel a consumer boom for the history books.”

Retail sales dropped by a seasonally adjusted 3.0% last month, the Commerce Department said. Data for January was revised up to show sales rebounding 7.6% instead of 5.3% as previously reported. Economists polled by Reuters had forecast retail sales dropping 0.5% in February.

Unseasonably cold weather gripped the country in February, with deadly snow storms lashing Texas and other parts of the South region. The decline in sales last month also reflected the fading boost from one-time $600 checks to households, which were part of nearly $900 billion in additional fiscal stimulus approved in late December, as well as delayed tax refunds.

The decrease was led by motor vehicles, with receipts at auto dealerships dropping 4.2% after accelerating 5.0% in January. Sales at clothing stores fell 2.8%.

There were also big declines in sales at sporting goods, hobby, musical instrument and book stores.

U.S. stocks opened lower. The dollar was steady against a basket of currencies. U.S. Treasury prices were higher.

Excluding automobiles, gasoline, building materials and food services, retail sales decreased 3.5% last month after surging by an upwardly revised 8.7% in January. These so-called core retail sales correspond most closely with the consumer spending component of gross domestic product. They were previously estimated to have shot up 6.0% in January.

The anticipated rebound in retail sales will also be driven by an acceleration in the pace of vaccinations, which should allow for broader economic re-engagement, even as the rate of decline in new COVID-19 cases has leveled off. Households have also accumulated $1.8 trillion in excess savings.

Economists at Goldman Sachs on Saturday boosted their first-quarter GDP growth estimate to a 6% annualized rate from a 5.5% pace, citing the latest stimulus from the Biden administration. The economy grew at a 4.1% rate in the fourth quarter.

Goldman Sachs forecast 7.0% growth this year. That would be the fastest growth since 1984 and would follow a 3.5% contraction last year, the worst performance in 74 years.

In a separate report on Tuesday, the Labor Department said import prices rose 1.3% last month after surging 1.4% in January. Economists had forecast import prices, which exclude tariffs, advancing 1.2% in February.

In the 12 months through February, import prices accelerated 3.0% after rising 1.0% in January. Oil prices have recovered to pre-pandemic levels amid expectations of a pick-up in global economic growth, but the pandemic is causing disruptions to the supply chain, boosting prices of commodities.

Inflation is expected to gain steam this year, driven by the massive fiscal stimulus and the reopening of the domestic economy as vaccinations slow the spread of the coronavirus. But excess capacity in the labor market will probably stop price pressures from spiraling out of control.

DID YOU KNOW?
Top 12 All-Inclusive Resorts in Cancun for 2022
Top 12 Resorts in Puerto Rico for 2022
5 Best Noise Cancelling Headphones of 2022
The Shakti Mat: Does It Really Work?
12 Best Travel Cameras to Capture Every Moment in 2022
Top 10 Best Fitness Trackers on Amazon