Wataru “Wat” Misaka, a Utah native of Japanese descent who was recognized as the first person of color to play in what is now the NBA, died Wednesday at the age of 95, the University of Utah said.

Misaka, who was born in Ogden, Utah, played for Weber Junior College in his hometown before playing at the University of Utah — where he helped the team to victory over Dartmouth in the 1944 NCAA championship game at Madison Square Garden.

After helping Utah to another national title Misaka joined the Basketball Association of America, the predecessor of the NBA which includes the BAA’s statistics in its history.

Wataru Misaka passed away on Thursday at the age of 95.

“We are saddened to learn of the passing of Wat Misaka,” said University of Utah Director of Athletics Mark Harlan.

“He was a part of the Utah teams that won national championships in the 1940s, but Wat was bigger than the game of basketball, blazing trails into places nobody of his descent had gone before.

“He was such a kind and thoughtful man and will be missed by so many.”

In between two seasons playing for Utah, Misaka was drafted into the US military and rose to the rank of staff sergeant.

In 2009, US President Barack Obama mentioned Misaka when he spoke at the opening ceremony to mark the formation of the President’s Advisory Commission and White House Initiative on Asian Americans and Pacific Islanders. 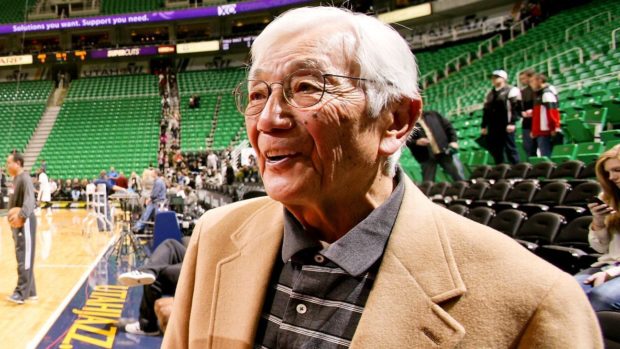 His life was documented in the movie “Transcending: The Wat Misaka Story.”

“Wataru ‘Wat’ Misaka was a person who was an achiever in all he did,” said Misaka’s Utah teammate Arnie Ferrin.

“He did so many great things such as representing the Japanese as an American citizen during the War.
He was one of my best friends, in fact, we all should have a friend like him.
I will miss him dearly.”