Los Angeles Lakers guard AveryBradleywillmissat least the next one or two weeks of the NBA season with a hairline fracture in his right leg, the team announced Friday.

The injury took place when he collided with SanAntonio’s Dejounte Murray in November and missed a game before returning to the lineup.

The good news is…they’re entering a sort of light part of their schedule. Bad news is…Avery Bradley has been pretty important. https://t.co/hykvWSQhQ3

He underwent an MRI exam Thursday that detected the break after initial x-rays had not. “AnMRI last night revealed a hairline fracture in a non-weight bearing bone of AveryBradley’s right leg (on the fibular head),” a Laker’s statement said.

“Bradley will be re-evaluated in one to two weeks and further medical updates will be provided at that time.”

The 28-year-old guard has started 10 games for the Lakers this season, averaging 9.6 points and 3.2 rebounds over 27.4 minutes a contest. 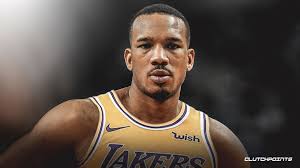 In the following week, the Lakers visit Memphis, SanAntonio, and NewOrleans before playing host to Washington on November 29, the latest point at which Bradley’s leg would bere-evaluated.

Best CBD Treats For Your Dog

Bradley, a 2016 NBAAll-Defensive Team player, spent his first seven seasons with Boston before splitting the 2017-18 campaign between Detroit and the Los Angeles Clippers and last season between the Clippers and Memphis before signing with the Lakers in July.