An alliance of major legal marijuana businesses in California urged the state Monday to adopt tougher safety rules for ingredients and devices used in vaping and get tougher with illegal shops, amid an outbreak of a mysterious illness apparently linked to vaping.

The recommendations from the industry group — Legal Cannabis for Consumer Safety — come as health officials continue to investigate a wide range of products and chemicals that could be causing the illness that has sickened over 1,600 people nationwide.
Most cases have involved products that contain the marijuana compound THC, typically obtained from illegal sources.

In a letter to Gov. Gavin Newsom, the group said it’s eager to heighten the safety of cannabis vaping while seeing more funds devoted to close illegal pot shops that number in the thousands in California, home to the world’s largest legal pot market.

Did you know #vaping nicotine can lead to addiction? Young people are particularly vulnerable to this. If you don’t vape, don’t start: https://t.co/555BtLm1vF pic.twitter.com/BBnZqkP2RA

Among its proposals, the group says regulations should expressly ban the use of additives, cutting agents and artificial flavoring known to be harmful in cannabis vaping products.
The group also wants $10 million added to funds to close illegal retailers.

It also recommended more stringent standards for heavy metal testing of vaping hardware — the devices that are used to turn concentrated cannabis oil into a vapor.

“It is unacceptable that Californians face risks from unregulated and unsafe vapes.
It is also critical that — like any other public health issue — we implement effective solutions that are based on data and facts, rather than fear, to address the root cause of these issues,” the group wrote.

“As the stewards of this supply chain, we are eager to engage in efforts to further heighten the safety of cannabis vaping and mitigate the risks posed by the burgeoning illicit market,” the group, which also requested a meeting with Newsom, wrote. 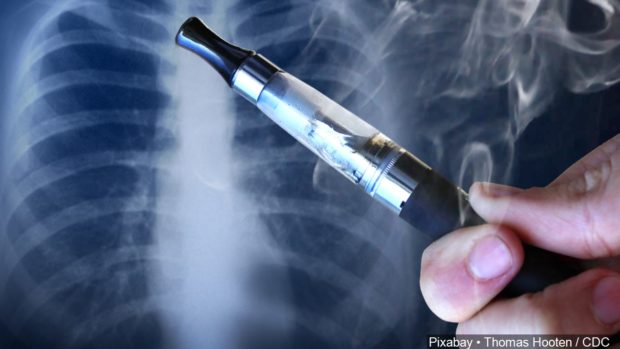