Two men were killed during a Halloween party at an eastern Utah house where about 20 people had gathered, authorities said Friday.

One victim was stabbed to death and the other was fatally shot, said Duchesne County Sheriff Travis Tucker.

Investigators had not made arrests and did not know the motive but Duchesne said they believe there was no threat to the rest of the community.
ADVERTISEMENT

The killings happened near the small town of Roosevelt, Utah, a community of about 6,000 people east of Salt Lake City in a rural area that relies heavily on the oil and gas industry.

Deputies were called to the house just after midnight and found the men dead inside, Tucker told reporters.

Investigators were interviewing people who were at the party and looking for others who might have been there to piece together what happened, Tucker said.

The victims were identified as Jon Reed Jr., 22, and Tyrell Sowsonicut, 23, Tucker said. 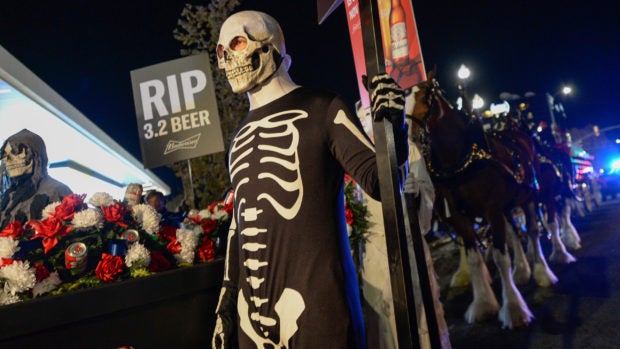 This version corrects that the town of Roosevelt is in eastern Utah, not central Utah and that Roosevelt is 145 miles, not 105 miles from Salt Lake City.