President Donald Trump said Sunday that the Islamic State group’s elusive leader Abu Bakr al-Baghdadi had been killed, dying “like a dog” in a daring nighttime raid by US special forces in northwest Syria.

Trump told the nation in a televised White House address that a “large number” of IS militants were killed during the raid, which culminated with Baghdadi cornered in a tunnel, where he detonated a suicide vest.

“He died after running into a dead-end tunnel, whimpering and crying and screaming all the way,” Trump said, adding that three of Baghdadi’s children were also killed in the blast.

Trump said the raid — involving eight helicopters flying more than an hour from an undisclosed base — was carried out with cooperation from Russia, Syria, Turkey, and Iraq.
He also thanked the Syrian Kurds “for certain support they were able to give us.”

Trump’s national security adviser Robert O’Brien described the dramatic message the president and his advisers received as they monitored the raid from the White House Situation Room.

“The commander of the mission called and said, ‘100 percent confidence, Jackpot'” — meaning Baghdadi was dead — O’Brien said on NBC.

At its height, IS controlled a swath of Iraq and Syria in a self-declared caliphate, brutally imposing a puritanical version of Islam.

It took years of war, during which IS became notorious for mass executions and sickening hostage beheadings, before its final slice of territory in Syria was seized this March. 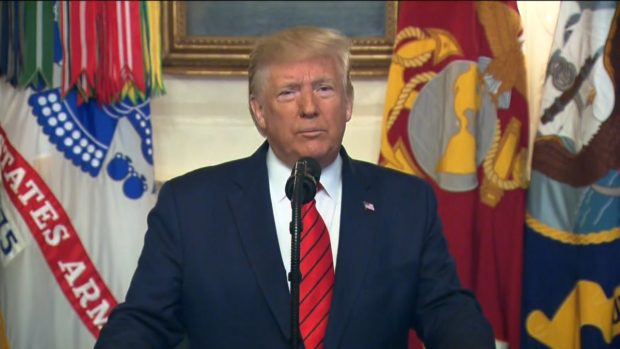 Baghdadi’s death gives a big political boost to Trump as he faces an impeachment inquiry, and after his abrupt decision to withdraw US forces from Syria raised fears that it would allow IS remnants to regroup and leave Kurdish forces vulnerable to a Turkish invasion.

Turkish President Recep Tayyip Erdogan said on Twitter the operation was “a turning point in our joint fight against terrorism.”

But Russia raised doubts.
“The Defense Ministry does not have reliable information… concerning the umpteenth ‘death’ of Baghdadi,” spokesman Igor Konashenkov said in a statement.

Baghdadi’s death has been reported several times over the years.

Trump said there was no doubt this time, with a DNA field test confirming his identity.

Defense Secretary Mark Esper — who issued a statement hailing “a great day for America and a great day for the world” — told CNN the raiding team had both visual and DNA confirmation.

In Washington, Democrats said the IS threat was not over, particularly after Trump’s decision — since partially reversed — to leave Syria.

House Speaker Nancy Pelosi demanded that her chamber be briefed on the raid and on Trump’s broader regional policies, adding that top congressional leaders were not told in advance.

The Syrian Observatory for Human Rights had reported that US helicopters dropped forces in an area of Syria’s Idlib province where “groups linked to the Islamic State group” were present.

The monitoring group, based in Britain but with sources in Syria, said the helicopters targeted a home and a car outside the village of Barisha.

The operation killed nine people, including an IS senior leader called Abu Yamaan, as well as a child and two women, it said.

A nearby resident said he rushed to the site after hearing a ruckus in the night.

“The home had collapsed,” he said, and there were two bodies in the burned hulk of a car. 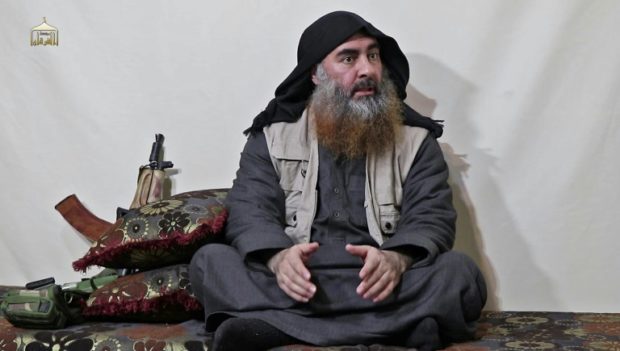 An inhabitant of a nearby camp for the displaced said he had heard helicopters and airstrikes.

They “were flying very low, causing great panic among the people,” Ahmed Hassawi said by phone.

Though other jihadists operate there, the area is nominally under the control of Hayat Tahrir al-Sham, an Al-Qaeda affiliate.

An AFP correspondent said the Hayat group had cordoned off the area, and bulldozers were already clearing the rubble.

Barisha is in a mountainous area near the main border crossing into Turkey.

Trump said Turkey, which has been waging an offensive against the Syrian Democratic Forces (SDF) in northeast Syria and with which the US partnered to combat IS, was given advance notice of the operation.

SDF commander-in-chief Mazloum Abdi said on Twitter that IS spokesman Abu Hassan al-Muhajir was meanwhile “targeted in the village of Ain al-Baydah near Jarablus, in a coordinated operation between SDF intelligence and the US army.”

A top Kurdish official, who declined to be named, said that Muhajir was killed.

An AFP correspondent in Ain al-Baydah said two vehicles were hit by airstrikes: a small pick-up truck and a larger truck carrying a small metal container.

He saw two corpses lying outside the first vehicle while a third charred body was in the metal container.

Baghdadi — an Iraqi native believed to be 48 years old — was rarely seen.

After 2014 he disappeared from sight, only surfacing in a video in April with an assault rifle at his side, as he encouraged followers to “take revenge” after the group’s territorial defeat.

His reappearance was seen as a reassertion of his leadership of a group that had spread as far as Asia and Africa and claimed several deadly attacks in Europe.

The US State Department had posted a $25 million reward for information on his whereabouts.