The calendar says Halloween is still a week away, but impeachment is delivering the horror show early to Washington. A city renowned for elegant, neo-classical buildings and buttoned-down bureaucrats has become the set for a political slasher movie.

Fighting for political survival before he can even focus on reelection in 2020, President Donald Trump has the leading role.

Every day, I’m inspired by the heroism of the countless protestors in Hong Kong working to advance the cause of democracy and human rights. Their bravery is reminding the world of the power of nonviolent action. pic.twitter.com/iA4apTfA3p

He denounced anyone in his party who won’t stick by him as “human scum .”

A gang of loyal Republican congress members stormed a secure briefing room to stop a Democratic-led impeachment hearing, claiming that a “Soviet-style” process was underway.
Then they ordered pizza.

Meanwhile, the media and just about everyone else in Washington puzzled and argued over what exactly Hillary Clinton — the Democrat heavyweight beaten to the White House by Trump in 2016 — meant when she rambled about Russia’s “grooming” of a third-party candidate in 2020.

Could she, snarkier observers asked, even return from the dead like a zombie and run against Trump next year?

And that was just this week. 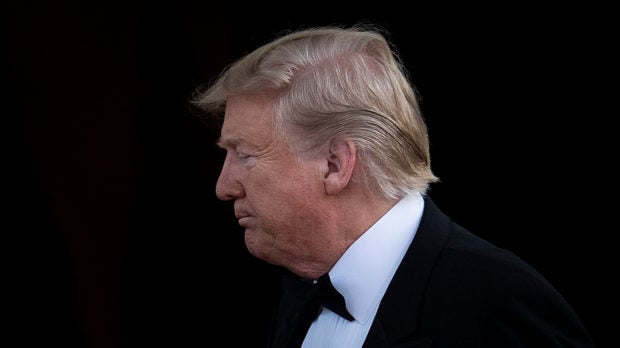 The engine driving the DC ghost train, of course, is the saga of Trump’s alleged abuse of office.

The charges are serious but details emerging from initial rounds of testimony in Congress sometimes resemble a dark comedy.

Trump, a former reality TV performer, is accused of running a secret scheme to get Ukraine’s president, himself a former TV comedian, to announce a corruption investigation aimed at discrediting a top opponent in the 2020 polls, Joe Biden.

To prod the Ukrainians — who had no intention of investigating Biden — Trump allegedly withheld hundreds of millions of dollars in US military aid meant to help the ex-Soviet state fight Russian-backed separatists.

That, Democrats say, was a classic impeachable offense: an out-of-control president manipulating foreign policy and military aid for personal gain.

Trump responded on Tuesday by throwing out a word associated in the United States with the darkest days of the slavery legacy: “a lynching.”
Only in this case, he was the victim.

Detailed testimony to Congress on Thursday from the US acting ambassador to Ukraine, William Taylor, painted a picture of Trump recklessly pursuing his political vendetta. 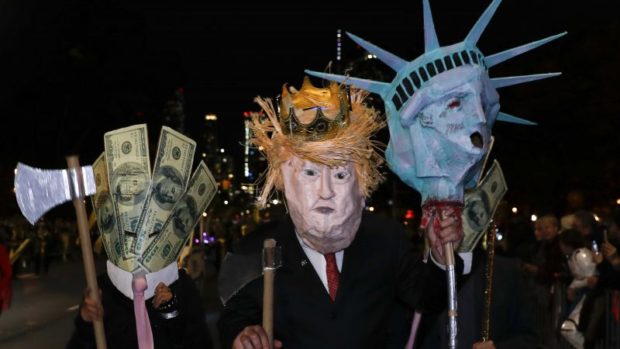 The point man in these alleged maneuvers was Rudy Giuliani, the mayor of New York on 9/11 who has since reinvented himself as Trump’s colorful but often erratic fixer.

Allegedly helping him was a Trump-friendly trio of officials: the US ambassador to the European Union, the special Ukraine envoy and the energy secretary.
They called themselves the “three amigos.”

According to Taylor, a professional diplomat with an impeccable reputation, their goal was to strongarm fledgling Ukrainian President Volodymr Zelensky into announcing a probe of the Biden family on CNN.

The White House calls this all part of a “witch hunt” and “coup.”

Trump’s loyal former attorney general Matthew Whitaker told Fox this week that “abuse of power is not a crime.”

The conservative-leaning Wall Street Journal opined that even if Trump was up to no good, he was too “inept” to succeed — and that there’s no such thing as “impeachment for incompetence.”

Trump, one of his lawyers said in a separate case ongoing in New York, is basically immune to investigation while he’s president anyway.

Even if he shot someone on Fifth Avenue.

“Nothing could be done?”
The judge asked the attorney, William Consovoy.