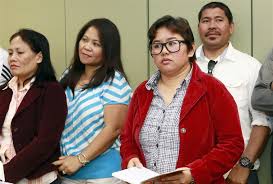 Early this month, state and local law enforcement arrested employerswho were operating adult residential and child care facilities in the Bay Area. The employers were charged with human trafficking and other labor-related crimes, according to various news reports.

The charges resulted from a year-long investigation conducted by government agencies into the Rainbow Bright care center facilities. The facility ownerswere found to have targeted Filipino immigrants who were subjected to labor exploitation.

Some of the Filipino workers’ passports were confiscated by the employers. Rainbow Bright’s owners reportedly forced their employees to work practically 24 hours each day under inhumane conditions. Employees were told to sleep on floors and in garages. Some employees were locked outside the facility in the rain when the owners were not home. Three employees were raped. Employees were regularly threatened with deportation if they expressed the desire to leave the employment. Fourteen illegal assault weapons were recovered at the facilities, one from the child care center.

The California Attorney General’s Office hailed the trafficked employees who reported the crime and helped the government arrest the perpetrators. Despite the horrible work situation, the Attorney General noted that the trafficked employees “were providing by all accounts loving care” to the residents in their care. It is believed that the facility owners may have exploited hundreds of workers over the 10 years that they had been operating their business.

Human trafficking, also known as modern day slavery, is obtaining labor by the use of force, fraud or coercion in order to subject a person to involuntary servitude or slavery. Human trafficking is a criminal offense. However, the laws also allow the victims to obtain compensation for their damages against the traffickers.

Trafficking victims do not have to be physically restrained (or locked up) by the “employer.” They may be able to go outside the home of the “employer” but the “employer” still maintains psychological control over them by threats of harm to them or their family, or threats of being arrested by police or of being deported.

According to the National Human Trafficking Resource Center (NHTRC), there is no single profile for trafficking victims – they can be any age, from any economic background, with varied levels of education, and may be documented or undocumented. They can be foreign nationals or American citizens. For as long as they are compelled by force, fraud, or coercion to provide labor or services, they are victims of labor trafficking.

Human trafficking preys on immigrant workers, especially women and the undocumented. It violates fundamental civil rights. Victims and those willing to help trafficked workers should not hesitate to confidentially consult with an experienced employment attorney to stop this modern-day slavery.