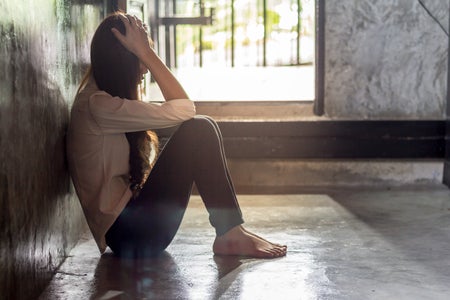 A judge in Chesterfield County, Virginia ruled on Wednesday, Aug. 8, that the 19-year-old man who tied up and sexually assaulted a 14-year-old girl will not serve active jail time.

Chesterfield Circuit Judge Timothy J. Hauler decided that Logan Michael Osborn will not serve the original sentence of ten years in prison with eight years suspended, as reported by the Richmond Times-Dispatch last Thursday, Aug. 9. Prior to his decision, Hauler delayed the enforcement of the remaining two-year active term in January.

“I will decide then how much of the two years you will actually serve,” the judge told Osborn on Jan. 4 after the original sentence was pronounced, claiming the reason for the delay was that he needed more time to review the case, the report said.

According to the summary of evidence, Osborn and the victim met during prom. Cosby invited the 14-year-old a week later, on April 28, 2017, to attend a play together at Cosby High School. The two went for a walk later, with Osborn leading the girl, who did not study at the school and was unfamiliar with the area, towards a dead end in the school grounds.

When they reached the fence, the prosecutor said that Osborn became forceful to the victim, pushing her to her knees and tying a belt around her neck and hands before forcing her to perform a sex act. Barr noted that the victim was crying throughout the ordeal. She was also only untied when it was time for her to go home.

The 14-year-old told her mother what happened. Her family called the police and she was taken to St. Mary’s Hospital for a forensic investigation.

On Wednesday, Hauler said, “I need to hear some positive things,” after Stone advised that he had another piece of evidence to present. The defense called James Trent, a foreman at an electrical company where Osborn used to work, who described Osborn as a “model employee with an exceptional work ethic and positive attitude” to the judge, the report stated. “The sky’s the limit,” Trent answered when he was asked what the future holds for Osborn in the company.

The victim did not make an appearance during Wednesday’s hearings, but some of her family members were present.

Chesterfield prosecutor Erin Barr spoke on behalf of the victim’s family: “The family is disappointed that the defendant will not serve any active incarceration for the brutal attack on the victim. They do not believe justice has been served and shared concern for community safety and future potential victims.”

The prosecution asserted that Osborn forced himself on the victim after he tied a belt around her neck and hands and assaulted her. However, the defense contradicted the prosecution by describing that the sexual encounter was “consensual.” Osborn’s lawyer, Tedd Stone, provided a series of text messages between the 14-year-old and Osborn that allegedly supports Osborn’s narrative.

The victim allegedly replied, “Sure, I’d love that,” after Osborn suggested they leave the play early to have some fun. Barr stated that the victim did not understand the implications of her reply and that Osborn took advantage of the girl’s youth and naivety, the report said. Moreover, the prosecution brought up the fact that the victim was only 14 years old; she cannot legally consent to sex.

Barr also cited the evaluation of Dr. Evan Nelson, the clinical psychologist who evaluated Osborn using standardized testing, that the defendant was at “moderately high risk” for reoffending. The prosecution noted that that the psychologist labeled Osborn’s risk as “high” and that Nelson believed the test underestimated the defendant’s risk.

Trent admitted that he was aware Osborn was a convicted felon. Barr pointed out that Osborn was accused seven times of engaging in inappropriate sexual conduct with girls. At the age of 12, the defendant was charged with grabbing another student’s genitals.

Although he will not be serving active prison time, Osborn will be required to register as a sex offender. He also lost an academic scholarship to study chemistry at the University of Mary Washington because of his sentence.

Judge Hauler has had a reputation for overturning cases: In 2015, he ordered Dana William to be released from prison after he was convicted of raping his ex-girlfriend in 2013, reported WTVR-TV last Feb. 2016. In 2016, William killed his ex-wife’s father and abducted her mother, whose body was later found a month after her disappearance. Kate Matriano/NVG