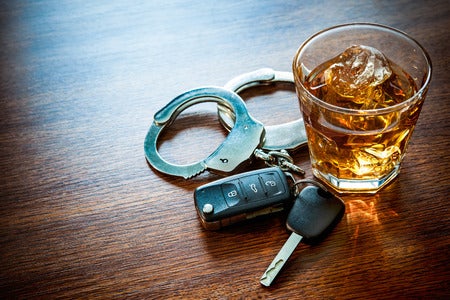 A 32-year-old woman who was caught drunk driving beyond the speed limit in Bluffton, South Carolina last Saturday, Aug. 4, told police officers that she shouldn’t be incarcerated because she’s a “very clean, thoroughbred, white girl.”

Bluffton Police Department record states that police officers pulled the woman over on Boundary Street after they saw her car go through a four-way stop at 60 miles per hour, 30 miles an hour over the speed limit, as reported by the The Island Packet last Monday, Aug. 6. The woman was identified as Lauren Elizabeth Cutshaw by the New York Post.

She was apprehended about 1:45 a.m. near the intersection of Bluffton and May River roads after failing to stop at the stop sign. The police report stated that when her car was pulled over, she was slurring her words and her eyes were bloodshot and glossy. The report also noted that there was a distinct alcohol smell from her vehicle.

Cutshaw claimed she only had two glasses of wine. “I mean I was celebrating my birthday,” she answered after officers asked how much wine she filled her two glasses with. She later failed the field sobriety tests as well as the breathalyzer test, with a blood alcohol level of .18 percent.

The police report indicated that she also listed the reasons why she shouldn’t be jailed while the officers were busy investigating her, The Island Packet stated. Cutshaw cited the following reasons: she’s had perfect grades her entire life, was a former cheerleader and sorority girl, her partner is a police officer as well, she graduated from a “high accredited university,” was part of the National Honors Society, and is a “white, clean girl.”

When the police asked the 32-year-old woman what her reasons have to do with anything, she replied saying, “You’re a cop, you should know what that means.”

“Making statements such as these as a means to justify not being arrested are unusual in my experience as a law enforcement officer and I believe further demonstrate the suspect’s level of intoxication,” the officer who caught her wrote in the report, The Island Packet stated.

Cutshaw was taken into the Beaufort County Detention Center. Aside from driving under the influence, the “very clean, thoroughbred, white girl” is also facing other charges, including speeding, disregarding a stop sign, simple possession of marijuana, and possession of drug paraphernalia. Kate Matriano/JB