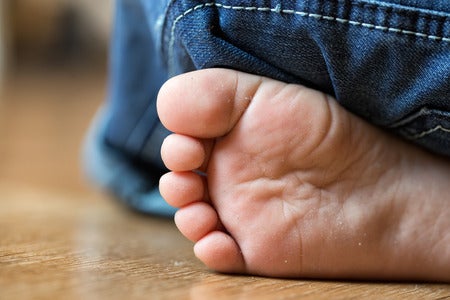 The parents of a 10-month-old girl, who died last week, landed in jail after the baby’s autopsy revealed her death was caused by malnutrition and dehydration in the hands of her parents who refused to provide her with medical help for “religious reasons.”

Seth Welch and wife Tatiana Fusari of Kent County, Michigan were formally charged with felony murder and first-degree child abuse on the death of their daughter, Mary Anne, on Aug. 2, as reported by WOOD-TV last Monday, Aug. 6. An affidavit signed by a detective revealed that the couple was aware of the baby’s “skinny appearance and low weight for at least a month” prior to Mary Anne’s death.

“Tatiana Fusari admitted during the interview that they failed to reach out for medical help with their daughter for fear of having her children removed by Child Protective Services (CPS), lack of faith and trust in the medical services and religious reasons,” the affidavit asserted.

Police officers said that Welch called 911 just after noon on Thursday to report that Mary Anne was found dead in her crib. Welch also shared the news on his Facebook page.

Heart is about shattered right now. Woke up to Mary dead in her bed this morning – this evening had our children…

“Heart is about shattered right now,” wrote Welch. “Woke up to Mary dead in her bed this morning — this evening had our children removed and placed on ‘no contact’ because Tati and I are the worst parents ever — Thankfully they are with grandma and grandpa.”

He continued: “Just numb inside right now. And I’m really enjoying the loving embrace of an isolation cell from the cops and government employees who keep assuring me ‘they are only here to help.'”

Welch, who staunchly preaches Christian beliefs, talked about his distrust of doctors, lack of faith in medical services and CPS on his Facebook videos, the report said. He described doctors as “priesthoods of the medical cult.”

He is also against vaccines: “The righteous shall live by faith. It’s God who is sovereign over disease and those sorts of things and, of course, ultimately deaths.”

He recounted the time someone called CPS after he refused to have his four-year-old daughter vaccinated in one of his Facebook videos. His other children, two-year-old John and Mary Anne, were also not vaccinated.

“It didn’t seem smart that you would be saving people who weren’t the fittest,” he stated in one of his videos, the report said. “If evolution believes in survival of the fittest, why are we vaccinating everybody? Shouldn’t we just let the weak die off and let the strong survive?”

In one of his recent Facebook posts, Welch asked for prayers for his wife who is pregnant with their supposed fourth child.

If any would like to pray for my wife, it would be greatly appreciated. This pregnancy is going pretty hard on her, lots…