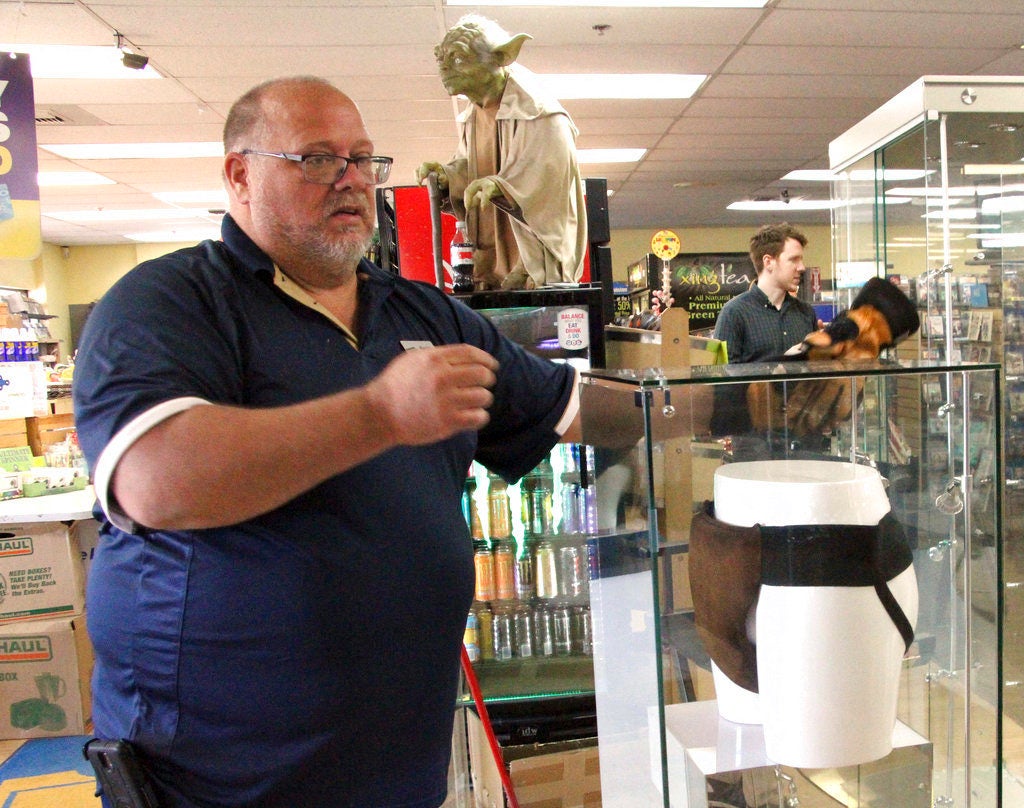 ANCHORAGE, Alaska (AP) — A celebrity jockstrap that’s been the buzz of Alaska for nearly two weeks went on display Wednesday at one of the nation’s last Blockbuster video stores in an effort to ramp up business.

“I tell you, we’re going to get a lot of traffic, is what I’m expecting,” said Kevin Daymude, general manager of Blockbuster Alaska.

He expects the store to get a lot of calls: “Did you get it in? Can we go see it?” he said.

The jockstrap has a strange history since actor Russell Crowe wore it in the 2005 movie “Cinderella Man.”

It recently became part of a celebrity auction, which Crowe has dubbed ‘the divorce auction,’ where it caught the eye of the host of HBO’s “Last Week Tonight with John Oliver.”

Oliver purchased the jockstrap and some other items and sent them to Anchorage, which has one of the last remaining big box store video chains. The video store is trying to stave off streaming movie services, which are gaining popularity as more broadband capability comes to the nation’s most remote state. 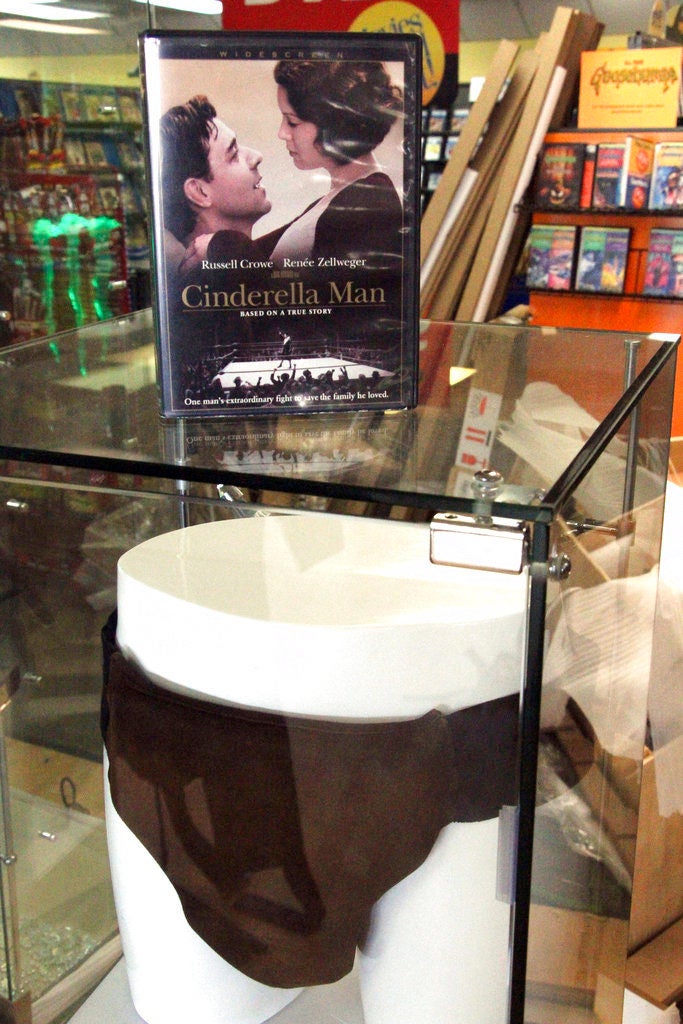 A case feature the DVD of the movie “Cinderella Man” and the jockstrap worn by actor Russell Crowe in the movie are displayed at the Blockbuster video store in Anchorage, Alaska, on Wednesday, May 2, 2018. Image: Mark Thiessen/AP

Oliver also sent along the robe and boxing shorts worn by Crowe in the movie as well as the actor’s hood from “Robin Hood,” his vest from “Les Misérables” and a director’s chair with Crowe’s name on it.

But the prize is the leather jockstrap, and Daymude believes it might have a unique place in movie folklore.

“The very first jockstrap memorabilia I can think of, yes,” he said.

And as for the most asked question so far, no, he doesn’t know if they washed it before sending it, but he would like to think they did.

Daymude admits it would “be awesome” if Crowe were ever to show up at the store, but in the meantime he’d like to send photos of the display to him as a thank you.

And as for Oliver, Daymude said he would like to thank him by sending him copies of the movies that features the memorabilia Oliver sent to Alaska.

“I don’t know if he’s ever seen the movies, but I figure we can send him the movies and he can watch them,” Daymude said.