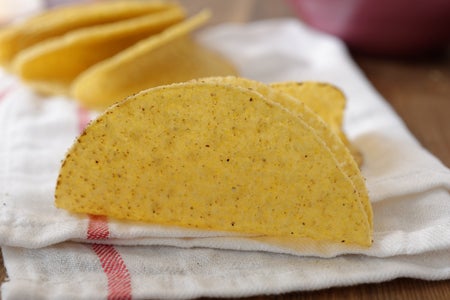 One man in Pasadena, California got so intoxicated that he may have forgotten all about logic when he broke into a fast food chain to eat the most unlikely food item.

Pasadena police said that 22-year-old Jose Cruz was the one behind the burglary at a local Taco Bell store, devouring ten Doritos taco shells, the Pasadena Star-News reported on Sunday, April 30.

Police received a call during the wee hours of Saturday, April 29, about the break-in. Hours later, Cruz confessed about the offense to a sergeant who was standing outside the local police station.

What was Cruz’s reason for his actions? Lt. Pete Hettema was quoted as saying, “He said he was drunk and hungry and broke into the business to eat taco shells.”

Lt. Jesse Carrillo told the paper that 10 taco shells appeared to be missing from the counter. Some shells were also found crumbled and fell on the floor. Carrillo has no idea how many taco shells Cruz ate.

Cruz was to be arraigned yesterday, May 1, at the Pasadena Superior Court. He was charged with suspicion of commercial burglary and detained in Los Angeles for a $20,000 (over P1 million) bail. Katrina Hallare/JB

Gov’t employee accused of stealing $1.2M worth of fajitas

LATEST
Thai court to decide on PM Prayuth’s future
Marcos thanks ADB, meets Sri Lankan leader
Amid China concerns, Biden vows to address Pacific island needs
US judge does not require Trump to attest that FBI’s list of seized records is accurate
Brownlee excited at prospect of playing with PBA foes for Philippine cause