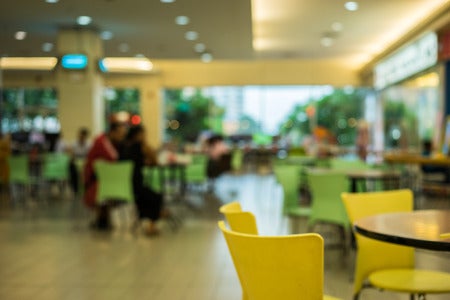 The locals’ love for this fast-food chain was so deep, they went all the way to commemorate one of its fallen outlets with a solemn candle vigil.

On Sunday night, the locals of Montgomery, Alabama held a memorial service for their beloved Taco Bell outlet, which burned down on Jan. 17. The fire had started in a room that held “electrical distribution equipment,” NBC-TV station WSFA 12 reported.

It all started when Katie James was informed by her friend, Russel Dowis, who used to eat at the fast food chain frequently, that the place had been destroyed by fire. As a joke, she created a Facebook event page, containing details about holding a vigil. The page received numerous responses.

But what really had set the vigil on a roll was a viral photo of James’ other friend Alec Boulware, who looked really devastated at the site of the burned down store, raising his arms and bending his knees in anguish. He wrote that what happened was “Snowmageddon” and it should never be forgotten.

“His picture went viral, and that’s where it spiraled,” James told the Montgomery Advertiser. “Alec is actually a really good friend of mine. He said he was going, and shared the event.”

The vigil pushed through and was attended by 100 people. However, it did not take place at the site of the restaurant, but across the street from it, The Huffington Post reported.

One vigil participant had footage of the event, from which some can be seen offering an interpretative dance in remembrance of the burnt chain.

Even the chain’s official Twitter account joined in the fun when one netizen said that it was “the best thing ever… [except] I’m sorry for the loss. RIP.”  It received a reply, “Thanks for the kind words.”