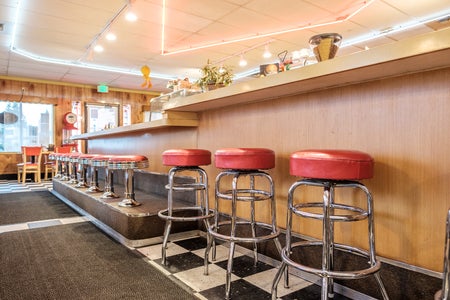 A man from West Columbia,  South Carolina did not hold back his cravings, and sneaked into the kitchen of a Waffle House restaurant to cook his own meal while the staff on duty was asleep.

In a Facebook post, Alex Bowen shared pictures of himself as he barged into the kitchen of the restaurant in the early hours of Wednesday (Thursday in Manila).

Bowen told WIS-TV he first noticed that no one was attending to him, as he found the staff sleeping. He added that he did not want to disturb the guy, so he took matters into his own hands.

Despite admitting that he had been drinking vodka before his visit, he managed to make himself a “double Texas bacon cheesesteak melt with extra pickles.”

“When I was done I cleaned the grill, collected my ill-gotten sandwich and rolled on out,” Bowen added.

The next day, Bowen returned to the Waffle House to pay for his meal and check on the staff if they were sleeping again.

After his post went viral, Waffle House issued a statement saying that they reached out to Bowen for an apology.

“For safety reasons, our customers should never have to go behind the counter. Rather they should get a quality experience delivered by friendly associates,” the statement read. A spokesperson for the restaurant chain said that the staff involved was suspended for a week.

Waffle House also commended Bowen for his cooking skills and said they are considering to offer him a job. Katrina Hallare/JB

Have dinner in the nude at Paris’s first naked restaurant