For Los Angeles Lakers head coach Frank Vogel, 2020 must seem a long time ago. Less than two years ago, his team won its 17th NBA title. With LeBron James and Anthony Davis leading the way, the Lakers were favored to win championships in the seasons to follow.

But after being eliminated from the playoffs last week and finishing the 2021-2022 campaign Sunday with a 33-49 record, Vogel is expected to be fired as coach of the Lakers, one of the NBA’s most high-profile teams. ESPN is reporting that the team will inform Vogel of his dismissal on Monday. 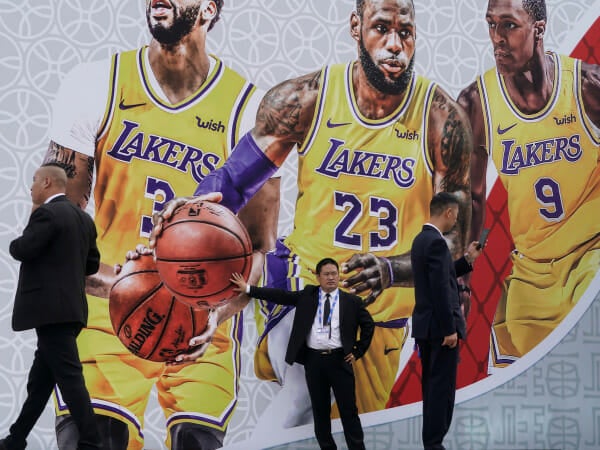 Security personnel stand in front of a billboard with an image of Los Angeles Lakers basketball players outside the venue that was scheduled to hold fan events ahead of an NBA China game between Brooklyn Nets and Los Angeles Lakers, at the Oriental Sports Center in Shanghai, China October 9, 2019. REUTERS/Aly Song/Files

He was hired in 2019 to a three-year deal after Tyronn Lue turned down an offer to coach the Lakers. After defeating the Miami Heat in six games to win the NBA championship in 2019-2020, Vogel’s team lost to the Phoenix Suns in the first round of playoffs in 2020-2021.

Before Sunday’s victory over the Denver Nuggets, Vogel responded to reporters’ questions by saying he has not be been told he would be fired. “I’m going to enjoy tonight’s game. We’ll deal with tomorrow tomorrow,” he said.

Injuries have been a major reason for the Lakers’ disappointing season. LeBron James, for example, played in just 56 games, frequently sidelined by an ankle sprain. Anthony Davis, also bothered by ankle problems, appeared in just 40 games this season.

As of Sunday, online basketball outlets have not speculated who could be named the Lakers’ sixth coach since Phil Jackson retired in 2011.