The U.S. Supreme Court on Monday expanded the religious rights of government employees by ruling in favor of a Christian former public high school football coach in Washington state who sued after being suspended from his job for refusing to stop leading prayers with players on the field after games.

In the latest of a series of Supreme Court rulings taking a broad view of religious liberty, the justices in a 6-3 decision sided with Joseph Kennedy, who until 2015 served as a part-time assistant football coach in the city of Bremerton and has since become a cause celebre for conservative Christian activists.

The court’s conservative justices were in the majority and its liberal members in dissent.

The ruling, authored by Justice Neil Gorsuch, rejected the local school district’s concerns that in a public school setting Kennedy’s prayers and Christian-infused speeches could be seen as coercive to students or a governmental endorsement of a particular religion in violation of the First Amendment’s so-called establishment clause.

The Supreme Court held that Kennedy’s actions were protected by his own rights under the First Amendment, which protects free speech and religious expression. 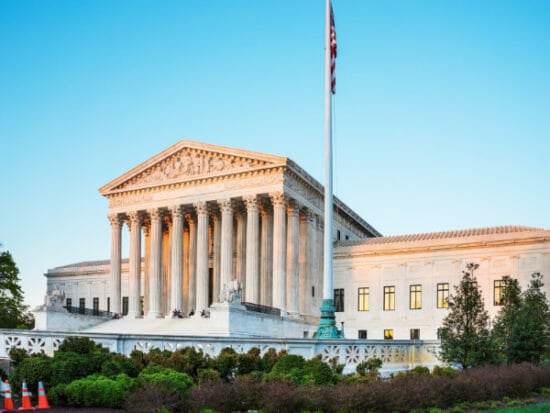 The justices overturned a lower court’s ruling siding with the school district, which suspended him in 2015 after Kennedy repeatedly defied directions from officials to stop the post-game prayers while on duty and rebuffed their offers for him to use private locations in the school as an alternative.

Powered by its conservative majority, the Supreme Court in recent years has expanded individual and corporate religious rights while narrowing the separation between church and state.

The Bremerton school district argued that Kennedy “made a spectacle” of delivering prayers and speeches, invited students to join him, and courted media attention while acting in his capacity as a government employee. Some parents said their children felt compelled to participate.

The San Francisco-based 9th U.S. Circuit Court of Appeals last year ruled against Kennedy, finding that local officials would have violated the First Amendment’s ban on government establishment of religion if they let his actions continue.

Kennedy served as a coach at his alma mater, Bremerton High School, from 2008 to 2015. His lawyers assert that he “lost his job” because of his actions, suing in 2016. Kennedy sought a court order to be reinstated as a coach, accusing officials of religious discrimination and violating his free speech rights.

Kennedy initially appeared to comply with directions to stop the prayers while on duty, the district said, but later refused and made media appearances publicizing the dispute, attracting national attention. After repeated defiance, he was placed on paid leave from his seasonal contract and did not re-apply as a coach for the subsequent season.

Officials have pointed out that Kennedy no longer lives in the school district and has moved to Florida. He has said he would return if he got his job back.

The Supreme Court has issued a series of rulings this year on religious rights.

On June 21, it endorsed the use of public money to pay for students to attend religious schools in a Maine case. On May 2, it backed a Christian group that sought to fly a flag emblazoned with a cross at Boston city hall. On March 24, it directed Texas to grant a convicted murderer on death row his request to have his Christian pastor lay hands on him and audibly pray during his execution.

In other religious rights rulings in recent years, the Supreme Court broke down barriers for public money to go to religious schools and churches and exempted family-owned corporations from a federal requirement regarding employee insurance coverage for women’s birth control on religious grounds. It also sided with a Catholic organization receiving public money that barred LGBT people from applying to be foster parents and backed a Christian baker who refused to make a wedding cake for a same-sex couple.