The basketball league is ready with a backup plan in case there’s a need to postpone any NBA Christmas Day games. While the weather gets colder, the NBA games get intensely heated up.

However, this year’s NBA Christmas Day games are a tad different with the threat of Covid still lurking. The NBA even has to make major changes and adjustments. While seven games were already postponed, the possibilities of a more positive case increased. As more NBA players undergo health and safety protocols every day. 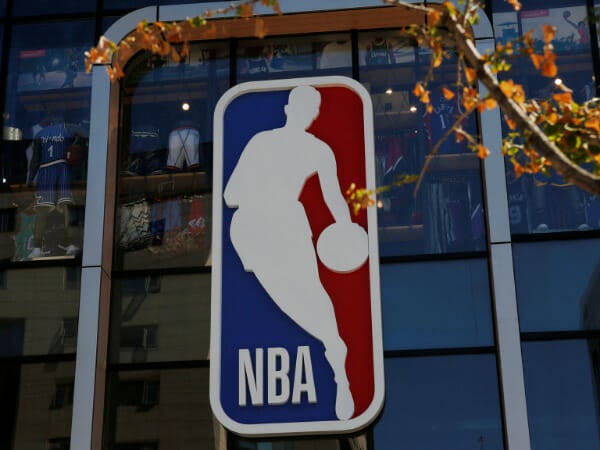 An NBA logo is seen on the facade of its flagship store at the Wangfujing shopping street in Beijing, China October 8, 2019. REUTERS/Tingshu Wang

Moreover, the league is worried about the coming NBA Christmas Day games. According to The Athletic’s Shams Charania, the NBA is ready with contingent plans. Also, there may be changes to the NBA Christmas Day games schedule that can be released as late as Dec.24. The NBA is looking to prioritize the 2:30 p.m, 5 p.m., and 8 p.m. ET time slots on national television.

The NBA has informed teams playing on Christmas Day that the league is preparing contingencies in case a Christmas Day game is postponed, sources tell @TheAthletic @Stadium.

While there may still be uncertainties with the schedules, Adam Silver confirmed that the NBA will never pause this season. He said, “This virus will not be eradicated, and we’re going to have to learn to live with it.”

If you have your Christmas dinner plans ready and you’ve done your last-minute gift shopping, it’s time to sit down and watch the games. Here’s the list of schedules you need to watch out for the NBA Christmas Day Games.

On Tuesday, Jazz and Suns are the only teams set to play for the NBA Christmas Day game with zero players under the health and safety protocols. However, facing the recent situation and health requirements, this status can change anytime before Dec. 25.

The NBA told Christmas Day teams to be prepared for game times to shift as late as Dec. 24 with a priority on filling the ABC windows of 2:30 PM ET, 5 PM and 8 PM, according to memo shared with the 10 teams playing on Saturday.

As per the league’s data, Brooklyn Nets has the most number of players under the protocol. With 10 players including James Harden, Kevin Durant, and Kyrie Irving. In addition, Irving tested positive for COVID-19 after just beginning to rejoin the Nets. They already have two games postponed due to the positive test results.

Following NBA’s health and safety protocols, any player who tested positive with COVID-19 must be isolated for at least 10 days either after a positive test result or from the start of their symptoms. After the 10 day isolation, they can be cleared from the protocols. Or if they reported with two negative PCR tests with at least 24 hours difference.

This leads to the conclusion that the Nets still have a chance to have their players back for the NBA Christmas Day games. This includes Harden who entered the protocol on Dec.14. But Durant was a different case as he entered on Dec.18. Which could mean that he might not be available to play.

Some of the huge NBA stars are supposed to play for the NBA Christmas Day games but they are currently under protocols. They are Trae Young, Andrew Wiggins, Giannis Antetokounmpo, and Al Horford.