The court, which has a 6-3 conservative majority, is hearing oral arguments in the southern state’s appeal to revive its ban on abortion starting at 15 weeks of pregnancy. Lower courts blocked the Republican-backed law.

Jackson Women’s Health Organization, the only abortion clinic in Mississippi, challenged the law and has the support of Democratic President Joe Biden’s administration. A ruling is expected by the end of next June. 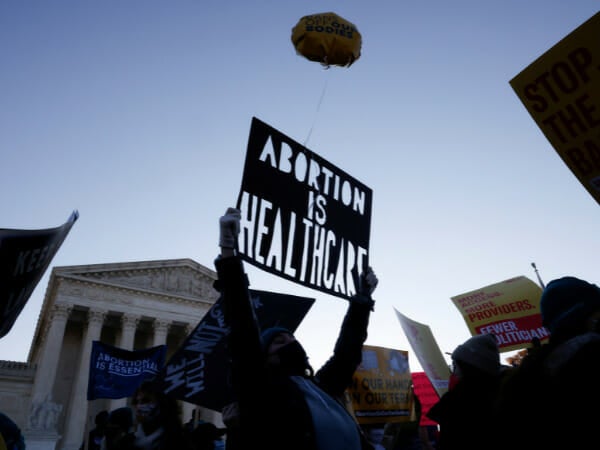 Roe v. Wade recognized that the right to personal privacy under the U.S. Constitution protects a woman’s ability to terminate her pregnancy. The Supreme Court in a 1992 ruling called Planned Parenthood of Southeastern Pennsylvania v. Casey reaffirmed abortion rights and prohibited laws imposing an “undue burden” on abortion access. Mississippi has asked the Supreme Court to overturn the Roe and Casey rulings.

“Why is 15 weeks not enough time” for a woman to decide to have an abortion, Conservative Chief Justice John Roberts asked during the argument.

While Roberts seemed to indicate that the court could uphold the Mississippi law without overturning Roe v. Wade, some of his fellow conservative justices including Justice Neil Gorsuch appeared to be interested in going further. 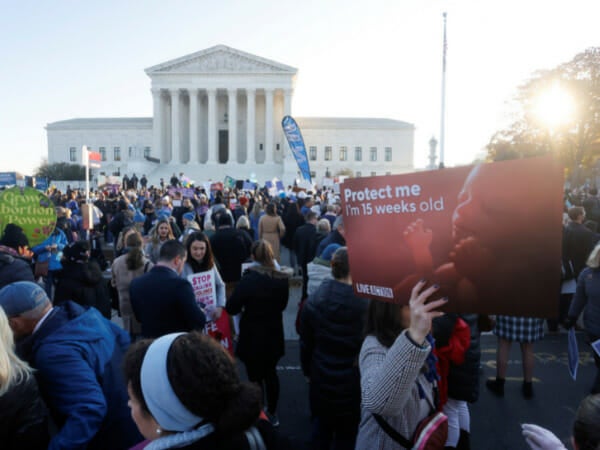 “The Constitution is neither pro-life nor pro-choice … and leaves the issue to the people to resolve in the democratic process,” said conservative Justice Brett Kavanaugh.

Kavanaugh wondered if the court should be neutral on abortion rights, which would require overturning Roe. If Mississippi wins the case, Kavanaugh added, such a ruling would not prohibit abortion nationwide but would let states regulate it as they see fit.

Julie Rikelman, the lawyer arguing for the abortion clinic that challenged the Mississippi law, said overturning Roe would not mean the court is neutral as it would be saying that even though the Constitution’s protects liberty, women “would never have equal status under the Constitution.”

Mississippi’s is one of a series of restrictive abortion laws passed in Republican-governed states in recent years. The Supreme Court on Nov. 1 heard arguments over a Texas law banning abortion at around six weeks of pregnancy but has not yet issued a ruling. 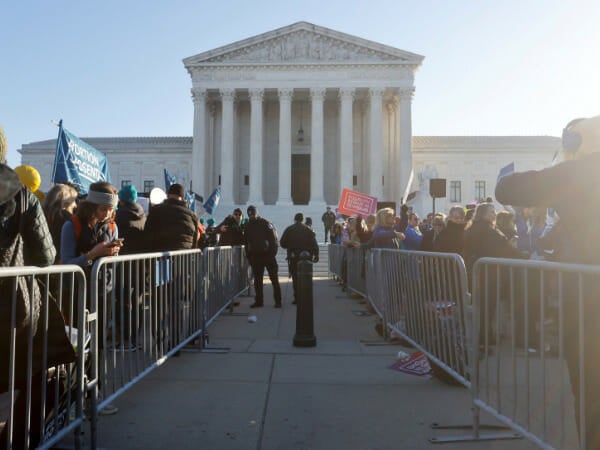 Anti-abortion and pro-abortion rights activists are separated by a barrier as they protest outside the Supreme Court building, ahead of arguments in the Mississippi abortion rights case Dobbs v. Jackson Women’s Health, in Washington, U.S., December 1, 2021. REUTERS/Jonathan Ernst

Liberal Justice Stephen Breyer quoted from the Supreme Court’s Casey ruling, which stated that the court should not bow to political pressure in overturning Roe and that such a ruling would “subvert the court’s legitimacy.”

Liberal Justice Sonia Sotomayor questioned Mississippi’s lawyer Scott Stewart on whether if Roe were overturned then other major precedents including those on gay rights might also be threatened.

“The issue of when life begins has been hotly debated by philosophers since the beginning of time,” Sotomayor said. “It’s still debated in religions. So when you say this is the only right that takes away from the state the ability to protect a life, that’s a religious view, isn’t it, because it assumes that a fetus is life?”

Anti-abortion advocates believe they are closer than ever to overturning Roe, a longstanding goal for Christian conservatives.

Sotomayor said Mississippi brought its new challenge purely because of changes on the Supreme Court, which has become more conservative.

“Will this institution survive the stench this creates?” Sotomayor asked, saying that it would give the impression that the Constitution and its interpretation is based purely on politics. “If people think it is all political … how will the court survive?”

Conservative justices downplayed the idea that the court must be careful in overturning its own precedents, noting that it has done that in many notable contexts including overturning a notorious 1895 ruling that allowed racial segregation.

“There are circumstances in which a decision … must be overruled simply because it was egregiously wrong at the moment it was decided,” conservative Justice Samuel Alito said.

Roberts expressed some skepticism about overturning precedents, noting that “it’s going to be a long list” of past rulings that the justices currently might think were incorrectly decided.

The Roe and Casey decisions determined that states cannot ban abortion before a fetus is viable outside the womb, generally viewed by doctors as between 24 and 28 weeks.

A 15-week ban is not a “dramatic departure from viability,” Roberts said.

Mississippi’s 15-week ban directly challenged the viability finding. In the 1992 Casey ruling, the court said Roe’s “central holding” was that viability was the earliest point at which states could ban abortion.

“The right of a woman to choose, the right to control her own body, has been clearly set since Casey and never challenged. You want us to reject that line of viability and adopt something different,” Sotomayor told Stewart.

Hundreds of protesters from both sides of the abortion debate rallied outside the court ahead of the arguments.

If Roe were overturned or limited, large swathes of America could return to an era in which women who want to end a pregnancy face the choice of undergoing a potentially dangerous illegal abortion, traveling long distances to a state where the procedure remains legal and available or buying abortion pills online. The procedure would remain legal in liberal-leaning states, with 15 having laws protecting abortion rights.

Covid symptoms linger two years for some
Thousands in US march in support of abortion rights
Top 10 Electric Scooters You Should Check Out in 2022
U.S. FDA clears Pfizer’s Covid booster shot for young
8 Reasons Why You Should Subscribe to a Meal Kit Delivery Service
US travel firms flex marketing muscle to attract travelers seeking sun and sand
Do Probiotics Help with Bloating?
LATEST
Aurora logs 2 new cases after being COVID-free for 2 months
Massachusetts identifies first 2022 US case of monkeypox infection
US aims to arm Ukraine with advanced anti-ship missiles to fight Russian blockade
Asian markets up after Wall Street battering over recession fears
5 drug suspects held, P103K crystal meth seized in Pampanga