To get the best out of a PC gaming experience, a controller- whether wired or one with wireless connectivity- must be included as a compliment or a substitute for using a mouse and keyboard. The whole configuration of some games may end up being confusing and may not produce the desired effect as when a controller is used.

It is also important to note that a barrage of games ranging from racing games to fighting games and steam games is better enjoyed using a PC controller than the mouse and keyboard as gamers often use them.

One of the added advantages of using a PC controller is sitting in a relaxed and comfortable position in a game room instead of sitting up front, facing a computer screen while using the mouse and keyboard. 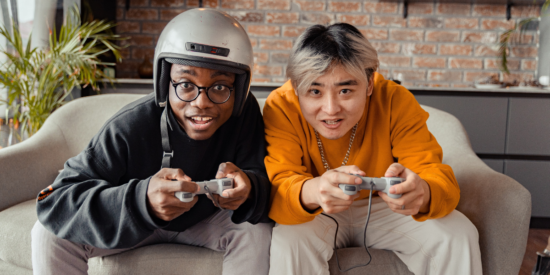 Below is a list of the best PC controllers to introduce in a gaming set for a better experience.

This PC controller also comes with a case that serves a double function of a protective cover when the controller isn’t in use and a charger for its rechargeable battery. This PC game controller works with Bluetooth and can comfortably be paired with mobile phones and devices, and the mobile games are enjoyed fully. Irrespective of the price, it is the best PC controller for serious gamers who enjoy good quality performance and the ultimate level of customization.

The Most Reliable game controller

This controller weighs 0.62 lbs (282g) with wireless Bluetooth connectivity and a 2x AA battery. Features to note include a textured grip, a share button, and a hybrid D-pad.

This is the best PC controller in terms of its reliability because it reserves many properties that the Xbox One Wireless Controller possesses. Thus, the upgrade was well sought for.

The Most Impressive Controller at the moment

Sony has added haptic feedback to its new PS5 controller that makes you feel the environment, with adaptive trigger locks that provide tension and resistance when performing actions like pulling a bow or targets in the game. The rumble is graded as the best felt in any controller, thus making it live up to its hype.

The downside of the DualSense controller is that due to the incompatibility to the PC, the most advanced properties of this gaming controller do not work in computer games yet. Hence there is a need for reprogramming and updating the games to have access to these features.

Many companies like Steam have full support for the gamepad and a host of other steam controllers. It is not as comfortable as the Xbox controller and is a little complicated for steam games, but gamers who prefer the Sony analog stick and controller layout can go for this controller.

Best Built for PS4 and most compatible with PC

The unique build quality of this controller allows the exchange of the D-pad for either left or right joystick to give an Xbox One type of outlook or to fix both analog sticks on the left and the D-pad taken to the right. This change of layout cannot be carried out with the face buttons as those are fixed.

This is the best PC controller in terms of compatibility with a computer system. The unique feature of the C40 TR controller is the ability for the buttons, including the shoulder buttons and other parts of the controller, to be interchanged, swapped, and moved around.

The unique build quality of this controller allows the exchange of the D-pad for either left or right joystick to give an Xbox One type of outlook or to fix both analog sticks on the left and the D-pad taken to the right. This change of layout cannot be carried out with the face buttons as those are fixed.

It is important to note that this controller is the main alternative to the DualShock 4. The Astro C40 TR is synonymous with the Xbox Elite Wireless Controller about PlayStation 4 and Xbox One.

The sensitivity of the analog stick and the trigger can also be to fit user preference. It also possesses an earphone jack on the lower part of the controller. Regardless of the high price of the PC controller, it is usually popular by gamers to be worth every penny.

This wireless controller weighs 0.99 lbs (447g) and has micro USB connectivity. Features of note include a 3-way trigger lock and an LED edge lighting.

Being the closest to the design of an Xbox One controller though not one, the PowerA Spectra Advanced Controller is the best PC controller when looking for a low-budget or cost-effective gamepad.

This controller’s entire gameplay, feel, and setup makes it nothing close to a cost-effective controller.
The LED edge lighting feature gives it a unique outlook, with the 3-way trigger locks being useful components for gamers who participate in shooting contests. The major downside to this PC controller is the wired component in this era of wireless gaming.

This gamepad could easily be the best PC controller in stock at the moment, except for the fact that it has no wireless component. It features customizable back paddles and D-pads, all of which can be seen in the Xbox One Elite Wireless Controller with almost the same price as the Xbox One Controller.

As seen in all Razer company items, the Chroma 3-headed green snake brand of RGB lighting is a signature of all Razer products. The face buttons labeled A, B, X and Y have a mouse-like click, making a huge difference in the gaming world. A downside of this controller is the use of separate software in the configuration of the controller. 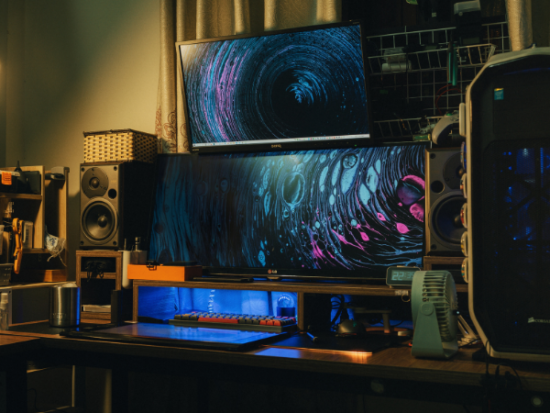 Can a console controller be used on a PC?

Yes. The different controllers will require various configurations and may need emulators for the first-time usage, but immediately after that is quite straightforward.

How are controllers tested?

Controllers use various games with different set-ups and cadres like fighting games, racing games, adventure games, etc. Many games are with a mouse and keyboard, but to have diversity in terms of experience and taste, the use of a controller must be an add-on. Some of the games used to test the controllers include:

Games that make use of first-person shooters like Call of Duty are not good options for testing PC game controllers as they can be comfortable using the keyboard and mouse.

The History of Video Games

We’ve been able to break down the best PC controllers for PC gaming along with their pros and cons. This list should guide picking the most suitable controllers to suit any individual’s everyday gaming experience, budget, and the type of games and environment suited for a particular controller.

Different Ways to Cook Rice
Mother’s Day Gifts Under $30 on Amazon
Is Pet Cloning Real?
Is Honey Vegan and Can I Eat It?
Best Mouthwash Tablets
What’s So Special About Clase Azul? Expensive Tequila Reviews
Top 15 Most Beautiful Flowers in the World
LATEST