The US invasion of Afghanistan started way back in 2001 with the same goal of ousting the Taliban. They were believed to be led by Osama Bin Laden and other al-Qaeda figures suspected to be behind the 9/11 attacks. In 20 years, the U.S. battle mission in Afghanistan seems to have ended, considering this was America’s longest war.

Ordinary Americans and other citizens tend to disregard and forget that this war in Afghanistan has cost America tremendous money. These are borrowed money. Little did others know that generations of Americans will shoulder the burden of paying the cost of the warfare.

It’s all over the news and social media how Afghanistan had lost its country to the Taliban. With the presence of the obvious caveats, the Taliban took over this war in Afghanistan in less than a month. The forces from Afghanistan formed by 300,000 men were dissolved in the Taliban’s path.

Why is Afghanistan called the “Graveyard of Empires”? pic.twitter.com/kIoiDC0yZF

President Ashraf Ghani, Afghanistan’s president, left and flew to Tajikistan, accepting defeat with this statement that the Taliban had won. He said, “with the judgment of their swords, and guns, and are now responsible for the honor, property, and self-preservation of their countrymen,” as reported by Forbes.

Looking back at September 11, 2021, the US has already used up $2 trillion on this war in Afghanistan. Inaccurate computation, that’s $300 million every day for 20 years or roughly $50,000 per Afghan who’s a total of 40 million in population.

Simply speaking, America has spent tons controlling the Taliban and trying to keep peace at bay. Safe to say, the amount spent will have Elon Musk and Jeff Bezos running for their money as it was more than the net worth of even the other 30 richest billionaires.

According to a study conducted by Brown University in 2019 that focused on the funding of Afghanistan and Pakistan, the US had spent an estimate of $2.26 trillion. The numbers presented include $800 billion war-fighting expenditures and $85 billion in training the Afghan troops. 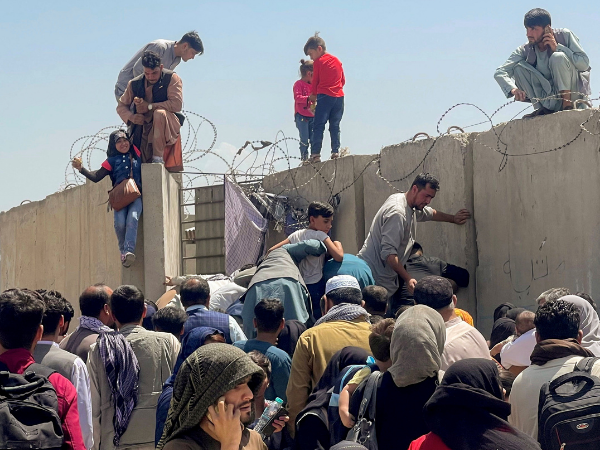 A man pulls a girl to get inside Hamid Karzai International Airport in Kabul, Afghanistan, on August 16, 2021. REUTERS/Stringer
Photo Credit: Reuters

Due to the early Bagram Air Force Base closure in July, the Pentagon’s promise of air support versus the Taliban resulted in dismissal. This shows the massive numbers involved in this warfare. Others might not realize that every US taxpayer gives the Afghan soldiers a hefty amount of $750 million annual salaries.

Not to mention the greater cost of all, those lives lost are just unpayable. With the US military alone, there were 2,500 deaths and almost 4,000 deaths of US contractors.

Though that pales in comparison to the 69,000 estimated deaths of Afghan military police, 47,000 civilian deaths, and 51,000 fighters killed, the cost of the healthcare of 20,000 US casualties is at $300 billion, adding up half-trillion as expected from the new casualties.

In a nutshell, the United States has funded the Afghan war with borrowed money and is now looking at incurring a loss. Researchers at Brown University have figured that by 2050, the interest cost on the war debt could reach a whopping $6.5 trillion.

That’s approximately $20,000 per every US tax-paying citizen. The costs will keep up for a while until President Biden’s pullout from this war in Afghanistan is complete.

It’s still impossible to assess the overall cost now because every government department has different accounting methods. Figures also change over time that can lead to different total estimates. Next to American troops, UK and Germany have the largest numbers of troops, and they too share losses as they have allotted $30 billion and $19 billion during the war.

Where did the money go

A big part of the fund for this war in Afghanistan went on counter-insurgency activities both of the US and the Afghan army, the basic needs of the troops like clothing, food, medical care, benefits, and special pay.

"Right now, you have one job: Go get those Americans"

"If you can't do that, you need to get out of the Pentagon"

An official data also indicates that since 2002, America has used $143.27 billion on building and house reconstruction. At the same time, $88.32 billion of this budget was for maintaining the Afghan security forces, the police force, and Afghan National Army.

There’s also a $36 billion budget allocation for development and governance, while the smaller costs were for humanitarian aid and anti-drug efforts.

Not all the money was for the war welfare, but some went into fraud, waste, and corruption over the years. In a report in the US Congress last October 2020, the reconstruction efforts amounted to $19 billion. However, it was lost between May 2009 and December 31, 2019.

Wars end over the years, but the continuity of the loss and costs don’t end. Looking at the US-funded wars back from President Harry Truman, who raised America’s taxes to pay for the Korean War.

President Lyndon Johnson raised taxes at 77% to pay for the Vietnam war. President George W Bush deducts larger tax rates from the wealthiest instead of increasing them to fund the Iraq and Afghanistan wars. 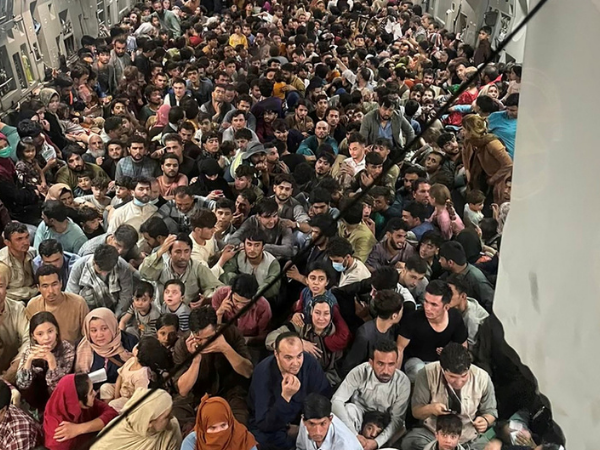 As per the recent happenings, videos are circulating. They said the video was at Kabul airport. It shows that the US troops sent for the airlift rescue have not yet settled a perimeter around the runways. The Afghanis are crawling for their lives to squeeze a place onto the planes.

As desperation to get away from Taliban rule creeps in, some even cling to the landing gears. However, they fall to death as the plane starts to climb.

A continuation of the Taliban’s war against women will continue in the foreseeable future. The generations of Afghan women and girls left in the country will now live their lives wearing mandatory burkas. They’re also facing education and employment issues. An estimated 1.6million Afghan women are employed, and the Taliban swore to change this all even at a human cost.

It’s disheartening that this war in Afghanistan didn’t end up well after all the efforts and expenses. Tens of thousands of people left, and the lost lives of the troops in Afghanistan are all the sacrifices. This civil war has been a long-time goal of the Taliban fighters. Whatever the cost that the Afghan government endured was doubled on how much America has poured in their combat missions.