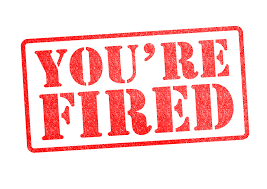 Cesar Astorga worked as a maintenance supervisor at Snap-On Logistics Co., a power tools manufacturer. In 2002, while working, Cesar’s knees were injured when he fell from a scissor lift. He was absent from work a total of 9 1/2 months.  In 2009, a 100-pound motor at work fell on him, further aggravating his knee injuries. He again went on a leave of absence from April 2009 through February 2011. He underwent a total of four right-knee surgeries and 3 left-knee surgeries.

At first, the company accommodated Cesar’s work restrictions and provided him a golf cart to use to get around the large facility. However, the employer later changed its policy and no longer allowed employees to return to work if they have medical work restrictions.

When Cesar returned to work from his recent leave, he was demoted from his supervisor position and placed under the supervision of the employee hired to replace him during his medical leave. However, since Cesar knew more about the machines at the facility, the new supervisor often asked him about the work. Cesar claimed that when he asked for a full paycheck, his supervisor had told him that Snap-On did not want to pay him a full paycheck when he was only “half a man.”

In the spring of 2011, he told his employer that he was going to need another surgery and a leave of absence beginning in April. Two weeks later employer fired Cesar for allegedly accepting money from contractors.

Cesar sued the employer for wrongful termination based on disability discrimination, among others. During the litigation, the employer provided an additional reason for Cesar’s firing — that Snap-On had conducted an investigation without Cesar’s knowledge and allegedly found that Cesar was soliciting bribes from vendors. However, the vendor denied this. The only “evidence” the employer had of Cesar accepting a bribe was the testimony of the supervisor and the company comptroller, who said the vendor had admitted the bribery to them.

During trial, the supervisor and the comptroller gave several different versions of the alleged bribery. Because of inconsistent stories, neither witness seemed credible.

It was obvious that the employer wanted to get rid of Cesar and had to come up with an excuse to fire him. However, the facts surrounding the firing seem to point to employer’s reason as simply pretext.

A “pretext” is an alleged purpose or motive that an employer adopts in order to hide its real intention. In most discrimination cases, one of the most important hurdles an employee needs to overcome is to show that the employer’s stated reason for the firing is false. The employer’s pretext is merely to hide its real motive, which is discrimination.

Where an employee successfully shows that the employer’s reason for the firing is pretext, the employee comes one step closer to showing that the termination was illegal.

In Cesar’s case, after a three-week trial, the jury found in favor of Cesar and awarded him $5 million in compensatory damages, and $10 million in punitive damages, for a total award of $15 million.

MORE STORIES
FBI says US murders increased in 2021, but data not complete
Who will be the next James Bond? Producers weigh choices
Aaron Judge is the new American League home run king
Don't miss out on the latest news and information.

MOST READ
usa Fil-Am Miss Texas R’Bonney Gabriel crowned Miss USA 2022
usa Everything You Need to Know About the Cloud Couch
usa Football star Tom Brady and supermodel Gisele Bundchen lawyer up for divorce
usa Painting exhibit highlights artistic side of Filipinos in Canada
usa DC panel to honor Filipinos who served in the U.S. Navy since 1901
usa FemTech: Fully Explained
usa Kanye West under fire for wearing ‘White Lives Matter’ T-shirt
DID YOU KNOW?
Best Food Scales 2022
10 Low Carb Noodles You Will Love
Everything You Need to Know About the Cloud Couch
10 DIY Halloween Decorations That Are to Die for
How to Handle Acid Reflux Naturally
10 Spooky Halloween Decorations on Amazon