Wildfires raging across the western United States and Canada, including a “monster” two-week-old blaze in Oregon, on Tuesday belched smoke and soot that gusted eastward and caused harmful air pollution as far away as New York City.

In 13 western states, more than 80 large active wildfires have charred almost 1.3 million acres (526,090 hectares) of drought-parched vegetation in recent weeks, an area larger than Delaware, according to the National Interagency Fire Center (NIFC) in Boise, Idaho.

Several hundred additional fires have burned in western and central Canada. They included 86 classified as out of control on Tuesday in British Columbia alone, leading officials there to declare a state of emergency.

The jet stream and other cross-continental air currents have carried smoke and ash thousands of miles. People in distant cities were feeling the air contamination in their eyes, noses and lungs. 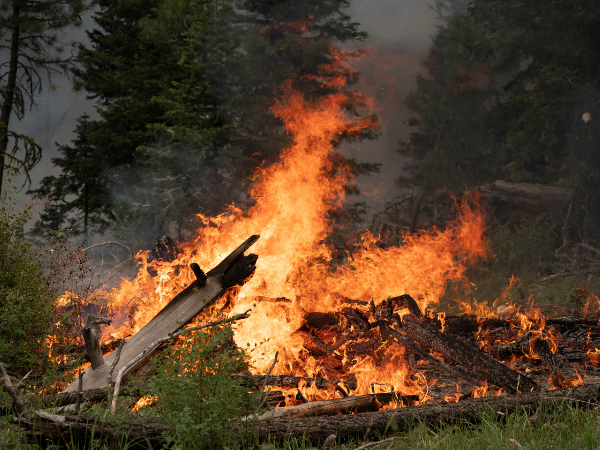 Other northeastern cities, including Boston and Hartford, Connecticut, had readings in the unhealthy zone above 150. Residents were advised to wear face masks outdoors to limit exposure.

In the U.S. West, parts of Idaho and Montana suffered from unhealthy levels of air pollution from 40 large blazes nearby and smoke from southern Oregon’s Bootleg fire, currently the largest in the United States. 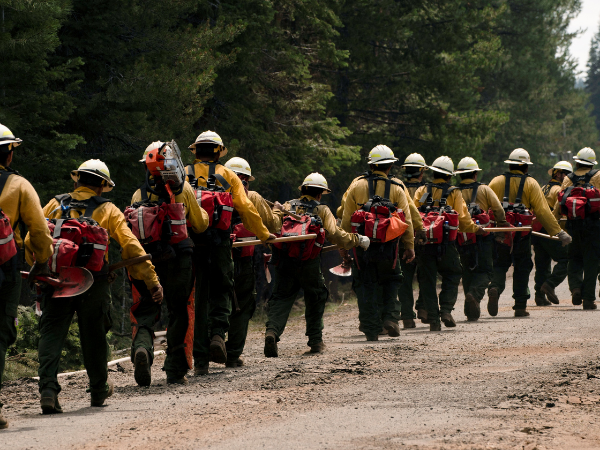 Heavy exposure to wildfire smoke has been linked to long-term respiratory consequences for firefighters, including a sharply elevated risk of developing asthma, according to a University of Alberta study released this week.

The wildfires themselves posed a more direct risk to life and property.

The Bootleg blaze has blackened 388,600 acres (157,260 hectares) of desiccated brush and timber in and around the Fremont-Winema National Forest, about 250 miles south of Portland, since erupting July 6. Only three other Oregon wildfires over the past century have burned more territory.

As of Tuesday, an army of some 2,200 personnel had managed to carve containment lines around 30% of the fire’s periphery, while the blaze expanded farther to the east and north.

Incident commander Rob Allen said in his daily report that tinder-dry fuels within the fire zone would “continue to burn and produce smoke for weeks.” 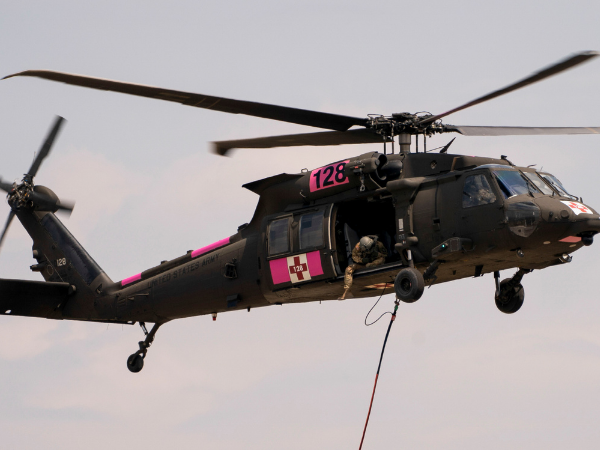 A military helicopter takes off in preparation for fighting the Bootleg Fire, in Lakeview, Oregon, U.S., July 19, 2021. REUTERS/David Ryder

“Fighting this fire is a marathon, not a sprint,” Allen wrote. “We’re in this for as long as it takes to safely contain this monster.”

At least 67 homes have been destroyed and another 3,400 were listed as threatened, with an estimated 2,100 people under orders to evacuate or be ready to flee at a moment’s notice.

The western conflagrations, marking a heavier-than-normal start of the wildfire season, have coincided with record-shattering heat that has baked much of the region in recent weeks and caused hundreds of deaths.

Scientists have said the growing frequency and intensity of wildfires are largely attributable to prolonged drought and increasing bouts of excessive heat that are symptomatic of climate change.

The Bootleg fire is so large that it has at times generated its own weather – towering pyro cumulus clouds of condensed moisture sucked up through the fire’s smoke column from burned vegetation and the surrounding air. These clouds can spawn lightning storms and high winds capable igniting new fires and spreading the flames